The Meek Have Inherited the Earth 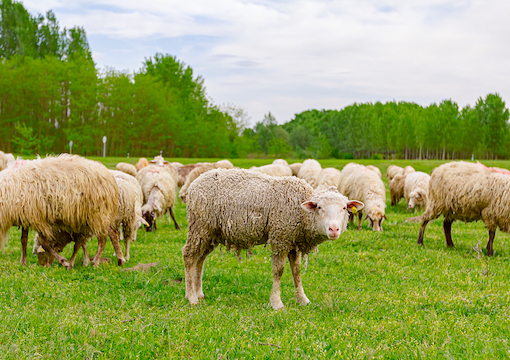 There is nothing a strong government likes more than a weak people; and therefore, whether consciously or not, everything is done to render the people ever feebler. Not physically, of course, we are raising up giants of a size and strength never before seen, as can be seen on any sports field, but psychologically—which is why psychology is the handmaiden of soft authoritarianism, it teaches people their vulnerability.

The more vulnerable people can be induced to believe themselves to be, the more they need assistance to keep themselves going. Such assistance (which is self-justifying, though never sufficient, or indeed even partially effective) requires a vast legal and other infrastructure, put in place and regulated by the government. The government is the pastor, the people are the sheep.

A man in England has sued the company that employed him for sexual harassment because one of its employees, whose work he was criticizing, called him “a bald c—” and threatened to attack him. You might have supposed that the latter was the more serious complaint, but you would be wrong: What really upset him was the insult, after which he went crying to Mummy, that is to say an employment tribunal that upheld his claim. Being called bald (which, in fact, he was) amounted to sexual harassment because men are much more inclined to baldness than women.

“Are men now like sugar that dissolves in the slightest moisture? It seems so.”

Are men now like sugar that dissolves in the slightest moisture? It seems so. Surely at one time men could have withstood or laughed off an insult or two without bursting into tears or seeking compensation for the terrible trauma to their ego that such an insult did. Of course, where a perceived harm is actionable at law, more such harm will be perceived. It is an established fact that in countries in which whiplash injuries as a result of car collisions are not legally actionable, people do not suffer from the kind of whiplash injuries that they experience when there is the possibility of compensation. The real cause of whiplash, then, is not accident but tort law, and it is the lawyers whom the sufferers from it should be suing, not the people who ran into the back of their cars.

The more lawyers we train, the worse things get. As the French Revolution amply proved, underemployed and disgruntled lawyers are a very dangerous class, and they therefore have to be employed somehow. What better way of doing so than by promulgating a constant deluge of ever-changing regulations and ensuring that a population is made of eggshells? The proliferation of helplines (most of which are exceptionally busy today, that is to say whenever you ring them) indicates this.

In parallel with it is the encouragement of the population to inform on one another. I first noticed it about 25 years ago in the prison in which I worked. In the room in which visitors waited was posted a notice that said “Rat on a rat,” a picture of which was helpfully provided for those who did not know what a rat was.

The rat to be ratted upon was a person who was claiming social security to which he was not entitled, as, for example, when he was continuing to work and receiving social security benefits. There was a number for the rats to ring—confidentially and anonymously, of course.

Needless to say I am not in favor of social security fraud, at least not in the abstract, though the whole system seems to me to have been set up with the express intention of corrupting the population that resorts to it while denying assistance to those who really need and deserve it. Whenever I met someone who was on social security and who was cheating the system, which was often, I felt secretly rather admirative: At least that person had the good sense not simply to vegetate on a pittance, slouching on a sofa watching television while consuming junk food and drinking either cheap strong cider or luridly colored liquids of no known natural content from a can. On the contrary, by cheating the system (all it was fit for), he demonstrated that he had at least some spirit, guts, or initiative left.

But even if I had not felt this secret admiration for the cheats, I still would not have approved of the informing to which the poster called me. Better a society of cheats than one of informers. The fact is that informers are not thinking of the betterment of society but of settling scores with those they inform upon, or they take a malicious pleasure from inflicting discomfiture on others.

In England, in practically every railway station, and in the trains themselves, a horrible female voice, halfway between that of a slut and a harridan (if it is permissible these days for a woman to be described other than as a genius or a saint), intones the following over the public address system: “If you see anything that doesn’t look right, tell the staff or text the British Transport Police.” And then Ms. Slut-Harridan utters a slogan, of which presumably the uncouth dimwit inventor is probably very proud: “See it. Say it. Sorted.”

I have no idea how many reports the British Transport Police receive as a result, and of those how many they “sort,” to use Ms. Slut-Harridan’s term, but I should think it is very few indeed, to judge by the utter and willful incompetence of most British public employees.

The message is not only an incitement to denunciation, however, but an attempt to instill anxiety in the population, so that it comes to believe that (a) it cannot undertake even the most banal of journeys without both imminent and immanent danger to itself, and (b) fortunately for that same population, a wise, powerful, and benevolent public service is looking after its interests, in much the same way that not a sparrow falls without God’s benevolent attention. I am the last to deny either the prevalence of seriousness of crime nowadays, but in all the thousands of miles I have traveled on the railways I have never seen anything “that doesn’t look right” in Ms. Slut-Harridan’s sense, though I have seen many people whom I could have wished dressed or behaved differently.

Such qualities as resilience and fortitude are the deadliest enemies of any modern government bureaucracy.