The New Normal: By Any Means Necessary 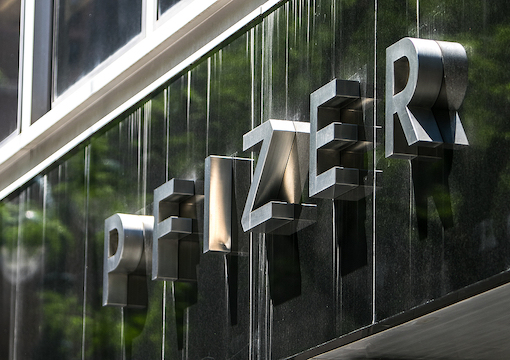 A huge question is whether the shameful and shameless tactics deployed by the Establishment against Donald Trump in 2020—censoring online media, editorializing the news, covering up mass lawbreaking, blacklisting, threats of additional riots if Biden is not elected, and much more—will be dropped going forward as only having been justified by the once-in-a-lifetime Ends Justify the Means necessity to dump Trump.

Or will By Any Means Necessary become the new normal?

Will Democrats and their media enablers apologize for their 2020 extremism and promise not to do it again? Or, more likely, will the tenuous success of their anti-American norm-breaking make them feel justified in amping up their bad behavior post-Trump on the grounds that they must do whatever it takes to head off the possibility of Another Trump ever again arising?

Consider another example that emerged only this week: how the public announcement of the blockbuster result from the Pfizer-BioNTech COVID-19 vaccine test was delayed until after Election Day.

The best coronavirus strategy that any president could come up with has always been to be president when vaccines start rolling out. Thus Trump long claimed that a vaccine would succeed real soon now, while Democrats downplayed that idea and spread fear, uncertainty, and doubt about vaccines.

Back on Nov. 1, The New York Times news section gloated:

Welcome to November. For Trump, the October Surprise Never Came.

Trump’s hope that an economic recovery, a Covid vaccine or a Biden scandal could shake up the race faded with the last light of October.

By Shane Goldmacher and Adam Nagourney

President Trump began the fall campaign rooting for, and trying to orchestrate, a last-minute surprise that would vault him ahead of Joseph R. Biden Jr. A coronavirus vaccine….

I’m not easily shockable, but I found it eyebrow-raising to discover that the November Surprise, Monday’s announcement by the Pfizer-BioNTech team that their new vaccine was spectacularly effective (over 90 percent), likely could have been made a week earlier, which would have given Trump a late October Surprise.

“For a notorious authoritarian, Trump sure does get pushed around and stabbed in the back a lot, even by his own hirelings.”

The success of the Pfizer vaccine in a clinical trial serves as a proof of concept that some other vaccines, several with less awkward cold storage requirements than Pfizer’s, might also work. It’s very good news.

As it turned out, Joe Biden’s team was notified of the success of the Pfizer vaccine on Sunday, five days after the election, while the White House heard about it on Monday along with the rest of the world.

But, Matthew Herper’s article on StatNews points out that we now know Pfizer chose in October to deviate substantially from its published clinical protocol for conducting the vaccine trial:

…it also means that if Pfizer had held to the original plan, the data would likely have been available in October, as its CEO, Albert Bourla, had initially predicted.

Months ago, Pfizer released its 137-page scientific protocol for how it would test its vaccine on 44,000 volunteers, half of whom would get the treatment and the other half the placebo. As StatNews summarizes:

Additional interim analyses were slated to be performed after 62, 92, and 120 cases, with the final analysis after 164.

The FDA had set a cutoff of 50 percent effectiveness being required for approval: A vaccine would have to reduce the number of cases in a population at least from, say, one million to a half million.

The annual flu vaccine usually has only around a 50 percent effectiveness, while measles vaccines run at 97 percent efficacy, which is why we don’t have measles epidemics anymore (so long as most people get their kids vaccinated).

It is remarkable that if in the first 32 cases in the vaccine trial, 26 or more afflict people in the placebo arm, researchers can say with a high degree of confidence (over 98.6 percent) that the vaccine will be at least 50 percent efficacious. But that’s how the math works out.

Similarly, if 47 of the first 62 cases or 67 of the first 92 cases show up among the unfortunates who got the placebo, then the vaccine has at least a 98.6 percent chance of ultimately meeting the 50 percent threshold. (See page 103 of the protocol.)

Conversely, if at least 15 of the first 32 cases were in the vaccine arm, Pfizer declared that would suggest the trial would ultimately prove futile.

Pfizer hired five experts to form an independent board to review the blinded trial data and deliver the statistical verdict.

StatNews writes that the aggressive schedule of Pfizer, which appeared to be the only consortium with a chance to deliver an update on efficacy before the election, was heavily criticized on safety grounds:

That study design, as well as those of other drug makers, came under fire from experts who worried that, even if it was statistically valid, these interim analyses would not provide enough data when a vaccine could be given to billions of people.

That line of critique concerns safety, not efficacy. The vaccine still hasn’t been in use long enough to meet the safety criteria. Yet it apparently did meet Pfizer’s published efficacy criteria before the election, but they just didn’t tell us that until this week.

Note that with vaccines, efficacy (how well the vaccine protects you from the disease) is a separate issue from safety (how well you are protected from the vaccine). Pfizer claims that the vaccine has proven very safe so far in its trial, but it won’t file for FDA approval until the second half of November when it expects to have two months of safety data on a sufficient number of volunteers.

StatNews offers a timeline of the announcement of its effectiveness:

The story of how the data have been analyzed seems to include no small amount of drama…. In their announcement of the results, Pfizer and BioNTech revealed a surprise. The companies said they had decided not to conduct the 32-case analysis “after a discussion with the FDA.” Instead, they planned to conduct the analysis after 62 cases. But by the time the plan had been formalized, there had been 94 cases of Covid-19 in the study.

In other words, the companies skipped both the first (32 cases) and second (62 cases) scheduled interim analyses and only did the third (92 cases). But then it turned out that the vaccine was so effective (over 90 percent) that the first 32-case analysis likely would have been sufficient after all.

Gruber said that Pfizer and BioNTech had decided in late October that they wanted to drop the 32-case interim analysis. At that time, the companies decided to stop having their lab confirm cases of Covid-19 in the study, instead leaving samples in storage.

That’s pretty wild: The firms had their labs stop processing cases and just put the samples in cold storage. They stopped the count. They ran out the election clock.

The FDA was aware of this decision. Discussions between the agency and the companies concluded, and testing began this past Wednesday.

Perhaps coincidentally (or perhaps not), last Wednesday was the day after the election. As one cynic suggested: They didn’t choose a sample size for when to report, they chose a date.

So, it appears that Monday’s announcement perhaps could have been made before the election. But the corporations weren’t in the mood to follow their own protocol and Trump’s FDA let them get away with stalling on telling voters and investors what had been achieved.

From a political and financial standpoint, the firms likely made the self-interested right decision to delay. Even giant pharmaceutical companies don’t want to wind up on blacklists for vengeance by Democrats. But from a scientific and ethical perspective, it was highly questionable.

Will Trump’s Securities & Exchange Commission inquire into why Pfizer did not follow its published protocol or, so far as I can tell, alert investors to its decision not to obey its announced plans? Keep in mind that a lot of people made decisions during the days when the firms had put the evidence on ice (literally)—what stocks to buy, for whom to vote, when to schedule a wedding or a family reunion—without benefit of this useful information.

The media is constantly accusing Trump of “authoritarianism,” but for a notorious authoritarian, Trump sure does get pushed around and stabbed in the back a lot, even by his own hirelings.

Trump has been a decent counterpuncher, but he’s a poor conspirator. He’s seldom been cynical enough about how low his foes would go against him. He doesn’t have the attention span to obsess enough over what his enemies are planning to do to him in the future. So he’s not often paranoid enough ahead of time about what his foes are up to. He’s just not cynical enough, expecting people to like him rather than to try to do him down.

Unfortunately, in our new normal where the ends are felt to justify the means, the time for Trumpian optimism and naivete appears to be passing.