The Bonfire of the Insanities 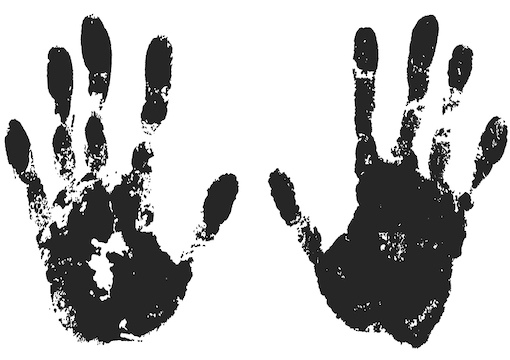 White elites are currently fantasizing that they can use the People of Color mob of young looters to overthrow Trump, somewhat like in Georgia in 2003 and Ukraine in 2014.

Serious people in Washington and New York take seriously warnings from abroad that the American Empire can endure four years of Trump, but not eight. Granted, the traditional, Constitutional way of bringing about regime change is to wait for the November election.

And, Trump has never been a terribly popular president, even during his three years of peace and prosperity before 2020’s series of unfortunate events. So the notion that he would lose in November seemed pretty plausible.

The Democratic Party, though, saw itself as so morally beholden to blacks that it wound up outsourcing the job of picking its nominee to the church ladies of South Carolina. And they went for that nice Joe Biden, because he was such a properly deferential flunky to America’s first black president.

Joe, however, is not getting any younger. For example, on Monday he unveiled to a black audience his breakthrough innovation for how to cut down on police shootings of “unarmed” blacks:

“There is the idea that instead of standing there and teaching an agent when an unarmed person comes at him with a knife or something, shoot him in the leg instead of the heart.”

Is Joe’s cognitive level going to bounce back by the fall?

“The Establishment views blacks as our Sacred Cows, above criticism, but beneath agency.”

So, perhaps as Plan B, the Deep State could use the latest Twitter brouhaha over some knuckleheaded black criminal who got himself killed while resisting arrest to gin up a medium-size race war and then…something…something…something…and Trump flees to exile in Dubai!

But, as you may have noticed over the past week, America’s People of Color aren’t really up to the organizational demands of pulling off a Ukraine/Georgia-style Color Revolution. They’re less suited for engineering a coup than for boosting Air Jordans and Yeezys. So, ironically, the blue-state elites’ favorite pets are now smashing up Santa Monica and SoHo, because blue cities have cooler shoe stores than Trump’s Flyover Country.

Indeed, the main strategic innovation of this latest set of riots has been that instead of just robbing the Korean- or Arab-owned liquor store in your own slummy neighborhood, you drive to a nice part of town and steal stuff you saw a Kardashian wear on TV.

So far, the master strategist of the new riots has been Sherelle Smith, the sister of the black criminal whose killing set off the 2016 Milwaukee riot. She then famously explained to her rioting neighbors:

The George Floyd Riots, such as Monday night’s Sack of Manhattan, are the culmination of the Great Awokening that got going with Trayvon Martin in 2012 and came to monopolize the media’s mindset with Ferguson in 2014. What we are seeing played out in the unfortunate shoe and handbag stores of our big cities is the logic of mainstream anti-racism in action.

It’s bizarre to see people Tweet “A riot is the voice of the unheard!” when the black voice on race issues is the one promoted by The Establishment (media, academia, politicians & corporations) with all those same parties censoring or demonizing any dissent.

White Americans have made vast efforts over the past sixty years to exterminate all manifestations of white racism. And yet, each new generation of black youths still likes to loot shoe stores.

The now-dominant view is not, exactly, that all men are equal. Instead, it’s that all races are equal, but some are much more equal than others. In particular, African-Americans are the equalest people on earth.

Blacks are so equal that they are just racially superior to everybody else at sports, music, dance, acting, and comedy. (Which they might be.)

And blacks are, obviously, no worse than equal to everybody else at theoretical physics, contract law, and mechanical engineering.

Not to mention, their hair is at least as touchable as anybody else’s during World War Hair, if not more so.

The highest priority of our culture in recent years has become to prevent blacks from suffering from any inferiority complexes. In fact, we should stoke their superiority complex. Indeed, inculcating black megalomania is the least we can do.

(Whites find blacks vastly more entertaining than Mexicans, so white elites are much more attracted to harebrained plans to recruit blacks to help them beat the Real Enemy: other whites.)

As we are witnessing in countless videos this week of robbery and assault, this orthodoxy, not surprisingly, doesn’t improve the behavior of blacks. Granted, as a critic I’m biased, but, having been subjected to a lot of criticism myself, I believe that being criticized tends to make us behave better, if only to not give our critics an easy target.

But blacks are increasingly excused from all critique, so their conduct is not improving, as we’ve seen nightly on the local news this week.