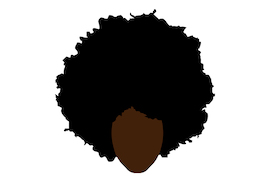 Last week, the prestige press decided that it was National News that a 12-year-old black girl in the D.C. suburbs had come home with some of her rather unflattering dreadlocks cut off. When her grandmother asked what had happened to her hair, the tween refused to answer. But later she told Grandma that it wasn’t her fault her hair was cut because, see, three white boys in her class, you know, had held her down on the school playground, called her hair “nappy,” and pulled out scissors.

Granted, this story sounds to you and me like something Jussie Smollett, Tawana Brawley, Crystal Mangum, Jackie Coakley, and Tribal Elder Nathan Phillips would concoct while getting high together on nitrous oxide from whipped cream cans.

After all, few white males younger than 79-year-old Don Imus use the word “nappy.” And do roving gangs of male juveniles actually carry scissors for impromptu hairstyling?

But to the national news media, the little girl’s tall tale was exactly the kind of thing they imagine is happening everywhere, due to Trump and 1619 and Toxic Masculinity and, most of all, White People Wanting to Touch Black Hair.

Therefore, this ludicrous hate hoax was seized upon by The Washington Post and The New York Times. The latter darkly noted about the girl’s private school:

Immanuel Christian’s website…says that it does not accept gay students and that it requires employees to affirm that marriage should be between one man and one woman.

That just proves that the Good People, such as blacks and gays and the rest of the Democrats’ Coalition of the Fringes, are all on the same side against the Bad People (i.e., straight white males).

The fact that Mike Pence’s wife, Karen, is a part-time art teacher at this school was gleefully mentioned. Perhaps the thinking was that when Trump is impeached and convicted, and meanwhile the vice president has to resign over this Dreadlockgate, then Speaker of the House Nancy Pelosi would become president! Or something like that…

But on Monday all the fun ended abruptly when the girl’s family issued a statement apologizing for her having made the whole hair hoax up.

In the real world, of course, 12-year-old girls do silly stuff to their hair all the time, and then they sometimes make up implausible excuses for what happened to it.

Dreadlocks, by the way, are not a good look on a girl. They are associated with the patriarchal Rastafarians, like the late Bob Marley, who wore dreadlocks to resemble the Lion of Judah with a massive head. As of 2012, about 180 NFL players wore dreadlocks.

“Why are we currently undergoing World War Hair?”

So it would hardly be surprising if a sixth-grade girl, or one of her friends, started trying to modify her hairdo, then discovered that cutting your own hair is typically not a good idea, especially in case, if I might speculate, your grandparents might have paid for an expensive dreadlocks weave.

I don’t know that that is exactly what happened, but something like it was always far more plausible than the nonsense the media played up.

You might think that national news organs would be aware enough to decide not to run with this trivial matter in case it blew up humiliatingly in their faces. But they are now beyond embarrassment.

To understand why, you have to look into the evolution of extraordinary media delusions and the madness of elites. Why are we currently undergoing World War Hair?

One of the funnier hallucinations is that white people older than first graders go around demanding to touch the hair of blacks, and that the victims are traumatized for life by it. Barack Obama’s Dreams From My Father seems to have seeded this trope with his claim that “a redheaded girl asked to touch my hair.”

Hair-touching has become the go-to anecdote for privileged blacks—like our preppy-from-paradise president—who want to prove that they are still the victims of white racism despite all the evidence to the contrary.

The reigning Theory of Intersectionality was made up thirty years ago by a black woman law professor named Kimberlé Crenshaw (whose Twitter handle is @sandylocks in reference to how she colors her hair) to demand that black women like herself deserve to be more privileged than black men or white women (and, of course, white men).

With Intersectionality ascending to an unquestionable dogma lately, the establishment press has come to believe that it is immensely important to find out what young women of color have on their minds. They must have come up with some incredibly great ideas during their 400 years of marginalization.

So, the media have increasingly turned over their platforms to young women of color.

And what messages do they have for us?

After having read hundreds of their op-eds and the like over the past few years, I’ve discovered that the No. 1 topic young woman-of-color journalists want us to listen to them talk about is…their hair.

They definitely have a lot to say about their hair.

Well, first of all, because they are young women. Looking nice is very important to young ladies and it takes up a lot of space in their brains.

Second, due to the decline in prestige of white men, with their tiresome science and rationality, older ways of thinking are growing in influence. And hair plays an important role in Haitian voodoo and Southern hoodoo magic. A guide to voodoo explains:

Using human hair and/or the finger nails of the intended love interest aids in the creation of a powerful love spell. With such objects voodoo dolls can be created to help one fall in love with another.

Third, although we are constantly lectured that race does not exist, that race is a social construct rather than a biological fact, in truth, race is as visible as the hair on your head.

Racial integration exposes black women to competition in the sexual marketplace with women from races with longer, silkier hair that tends to be more attractive to men.

Why do men generally prefer longer hair on women? Whether or not women can naturally grow their hair longer than men on average seems to be a question in dispute. The only hair-growing experiment I’ve ever seen referenced found that women, on average, could grow hair twelve inches longer than men could before it started to fall out. So perhaps long hair is a secondary sex characteristic? But the facts remain murky and little-studied.

Anyway, very few cultures in the world encourage their men to grow their hair longer than their women. The only two I can think of offhand are the Rastafarians of Jamaica and the Maasai of Kenya, both of whom favor dreadlocks, thick for Rasta men, thin for Maasai warriors.

Not surprisingly, this racial difference in hair is difficult for African-American females to deal with, both pragmatically and psychologically. For an insightful, sympathetic introduction to what black women put themselves through to socially construct more attractive hair for themselves, see comedian Chris Rock’s documentary Good Hair.

Why not, then, use power to “change the conversation” to propagandize people into finding black women’s hair better-looking than that of their racial rivals?

After all, the fashion-industrial complex is constantly socially engineering changes in what women think they need to look like. With enough power, woman-of-color journalists reason, we can change the discourse enough that men will truly feel that black women’s hair is best.

Over the past few years, mighty efforts have been expended by the media to brainwash people into preferring black women’s looks. This crusade has done wonders for the careers of a handful of beautiful black models, actresses, and singers. But whether it has done black women as a whole much good is uncertain.

In any case, the media will keep on trying, in accordance with Sailer’s Law of Female Journalism:

The most heartfelt articles by female journalists tend to be demands that social values be overturned in order that, Come the Revolution, the journalist herself will be considered hotter-looking.