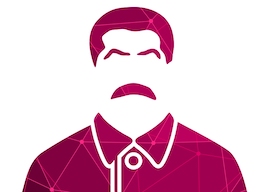 The media’s latest Days of Rage, in which a white boy drove the national press into a frenzy by smiling at the leftist Person of Color banging a drum in his face, was like a greatest-hits collection of my old observations. So I’m going to take a victory lap to review how ideas I’ve been offering for years help explain much of the latest elite fury.

Tucker Carlson summed up his eloquent dissection of this outbreak of Hate Hysteria as: “It’s not really about race.”

That’s why so many journalists and Hollywood figures explained how they could tell the kid was evil just by looking him. It’s written on his face! Sure, he didn’t do anything, but did you see that smirk? Anybody who looks like him deserves to be punched.

The least inappropriate way for a white male to respond to being berated by his racial superiors is like that Starbucks barista who got shouted at with a megaphone from three feet away. And even his stoicism seemed suspiciously dignified.

Or, to be precise, the roar of racist rage from the great and good directed at an innocent Kentucky boy is all about implementing the Democrats’ grand strategy, which is to assemble a coalition of the margins of American society: immigrants, welfare mothers, tech billionaires, transgenders, hedge-fund guys, black church ladies, gays, Jews, the unmarried, movie stars, felons, and so forth and so on.

In contrast, the more similar you are to a Minuteman of 1776, the more likely you are to vote Republican. The GOP appeals to Core Americans, the Democrats to Fringe Americans.

Mass immigration offers the Democrats good reason to hope to overwhelm their foes in the long run.

But merely listing the Democrats’ constituent interest groups points out the main problem with their master plan: Their various fringes can’t stand one another.

“The only way the Democratic Party can hold together is by constantly ginning up excuses for Fringe Americans to hate Core Americans even more than they hate each other.”

For example, the once-celebrated Women’s March self-destructed last weekend over how high on the totem pole of victimology rank Jews. Most of its Muslim leaders consider Jews to be oppressors of Palestinians, and most of its black leaders see Jews as just white people with even more money. But feminist groups need Jewish donors because…Jews really are richer on average.

Similarly, in this incident at the Lincoln Memorial, Black Hebrew Israelites, a bizarre black cult rather like the Westboro Baptist Church in their repugnant behavior, repeatedly screamed racist insults at both the American Indian leftists and the Catholic schoolboys.

The progressive stack is purposefully kept vague, other than that white Christian males are at rock bottom. But it’s clear to Indians these days that they are lower than blacks on the intersectional totem pole.

Standing up to blacks can turn you into another “BBQ Becky” on social media, or get you killed. So eventually the Indians tried to regain some dignity, in a “cheese stands alone” maneuver, by trying to humiliate the even lower-ranking white boys, who were hardly likely to respond violently. Bullying those you aren’t afraid of has recently been renamed Punching Up.

As these examples from the weekend suggest, the only way the Democratic Party can hold together is by constantly ginning up excuses for Fringe Americans to hate Core Americans even more than they hate each other.

Because the Democrats’ fundamental problem is all the hate roiling their own constituents, they project onto Republicans their own tendency toward hatred. Freud came up with a lot of bad ideas, but one of his better ones is “projection”: Human beings defend themselves by attributing their own bad traits to others.

These hoaxes pull the veil back, by releasing the demonic resentments of those who think they’ve suddenly been given free reign to express them. There’s a reason the left projects the charge of the “dog whistle”…. It’s precisely where they’re at, itching to give their animus and hatred free reign.

This political logic generates much hate hypochondria in the media. For example, countless trained journalists watched a brief video of the American Indian leftist trying (and failing) to provoke the poor kid and immediately concluded that the reason they felt so much hatred toward the white youth is because he was the hater.

Not surprisingly, the media offer up a constant supply of Two Minutes Hates to serve as the KKKrazy Glue of the Coalition of the Fringes, many of which turn out to be fiascos. Countless battlefields chosen by the Establishment have turned out to be self-defeats.

The Democrats’ fundamental problem is that white people, on the whole, just aren’t hate-filled enough for their strategy to wholly succeed.

For example, earlier in January, The New York Times was in a lather about how a Great White Defendant in Texas had purportedly gunned down a beautiful black child. But when the cops arrested two black criminals, the embarrassing incident was quickly memory-holed.

Our society’s fervid “hunt for the Great White Defendant” is the central insight of Tom Wolfe’s 1987 novel The Bonfire of the Vanities. The supply of white wrongdoing falls short of demand, so our culture offers rich rewards to those who can concoct instances of whites behaving badly.

Upton Sinclair observed, “It is difficult to get a man to understand something when his salary depends upon his not understanding it!” Not surprisingly, many in the Democratic-media complex misunderstood the video of the besieged boy acting classy as yet more evidence of the white wickedness for which they hope to be rewarded for uncovering.

A basic concept that explains much fashionable moral reasoning in the current year is “Who? Whom?” While promoting the collectivization of agriculture in 1929, which led to the Ukrainian Holomodor, Stalin announced:

The fact is, we live according to Lenin’s formula: Kto–Kovo? [Who-Whom?]: will we knock them, the capitalists, flat and give them (as Lenin expresses it) the final, decisive battle, or will they knock us flat?

Other principles of morality believe in objective standards of behavior, but Stalinism assumed that something was good if the good people (e.g., Stalinists) did it, but bad if the bad people (i.e., those hated by Stalinists) did the same thing.

Similarly, under today’s rules of Identity Stalinism, while the aggressor, objectively, was obviously the man banging his drum in the boy’s face, that adult was nonwhite and leftist, while the child was white and a Trump supporter. So, by the rules of Who? Whom?, the assailant had to be the victim and the victim the attacker.

And, under the current dispensation, the white boy’s manly impassivity under assault just proved he was the bad guy. As Orwell wrote in 1984:

…to wear an improper expression on your face (to look incredulous when a victory was announced, for example) was itself a punishable offense. There was even a word for it in Newspeak: facecrime….