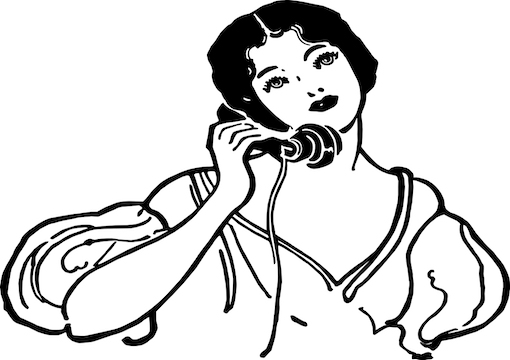 “[I]f thou live, remember’d not to be,
Die single, and thine image dies with thee.” —Shakespeare

On Wednesday, the liberal writer Caitlin Flanagan tweeted something about the previous night’s Democratic debate that should be of immense interest to social conservatives. “Was it just me,” she asked, “or did all of the candidates seem to think that the place for Mom is at work and the place for baby is daycare?” No, it certainly wasn’t just you, close observer, nor is it surprising that those progressives took it for granted that “gender equality” must consist of “gender parity” in the workplace, even if achieving that goal results in children becoming a kind of afterthought, or anyway, secondary consideration, their care and development to be left to strangers. For the Democratic Party is the party of feminist ideology, and though women, like men, are a heterogenous group, characterized by diverse interests and values, most feminists seem to assume that if women are not “keeping up” with men in the workplace, then in some vague ultimate sense women do not matter as much as men do.

This confusion is psychologically revealing. Having begun as a movement that sought to achieve equal opportunity for women, feminism has long been driven by a vulgar status envy. Its overarching aim is equal outcomes in the workplace, reflecting the value judgment that the life of a homemaker, whether full- or part-time, is by definition inferior to that of a “career woman.” The irony of this G.K. Chesterton captured with his usual pungency: “Feminism is mixed up with a muddled idea that women are free when they serve their employers but slaves when they help their husbands.”

Still, most mothers do not work full-time, and many don’t work at all. This situation, of course, feminists attribute to the “patriarchy.” In fact, however, only 17 percent of mothers with children 3 or younger say they prefer to work full-time, according to a 2019 analysis of American Community Survey data by the Institute for Family Studies. Moreover, the assumption that more women in the workforce would entail a higher quality of life for women has not turned out to be true. As Betsey Stevenson and Justin Wolfers put it in their 2009 essay, “The Paradox of Declining Female Happiness,”

How, then, can women live better, more satisfying lives? To begin with, we need an approach to well-being that reflects women’s heterogeneity, as opposed to the harmful feminist dogma that something is wrong if every woman doesn’t aspire to be Sheryl Sandberg. And this approach, it goes without saying, must take account of the fact that most women want to get married and have children, goods that have to be negotiated with women’s jobs and careers. The task is formidable, nor can it succeed without flexible and nuanced thinking from a perspective that comprehends the current state of men, women, and families. Of this, fortunately, Helen Andrews is an exemplar. In her essay “Where Are the Socially Conservative Women in This Fight?”—published in The New York Times on April 27 of last year—Andrews makes so many good points that I want to quote her at length:

The obstacles to expanding women’s options and empowering them to make the choices they want are now, in many areas, precisely the products of…[the feminist] egalitarian revolution. By making it easier for women to pursue success in the workplace, we have made it harder for them to do anything else. Pressing the brake on the trends set in motion by the feminist revolution would leave women more free to follow a diversity of paths….

“The assumption that more women in the workforce would entail a higher quality of life for women has not turned out to be true.”

Marriage has become less appealing in part because of the “two-income trap,” as Senator Elizabeth Warren, now a 2020 presidential candidate, christened it in 2003, when she was a Harvard professor. Marriage simply no longer offers the financial security it once did. The consumer goods that singles buy have gotten cheaper, but the things that middle-aged parents spend the most money on—houses, education, health care—have gotten more expensive, while wages have stagnated. It has become difficult for a family with one breadwinner to afford a middle-class standard of living. “Mom’s paycheck has been pumped directly into the basic costs of keeping the children in the middle class,” Ms. Warren’s book “The Two-Income Trap” explained.

The mass entry of women into the work force is one reason for this financial insecurity. Ms. Warren said as much in her book, although she has since backed away from such a politically explosive suggestion. Those of us who don’t have a Democratic primary ahead of us can say what she won’t: When mothers started entering paid employment in large numbers in the 1970s, it led to a bidding war over middle-class amenities that left everyone paying more for the privilege of being no better off than before.

The result is a two-tiered system that isn’t working for anybody. In the bottom tier, marriage is disappearing as lower-income women have too few men with solid jobs to choose from and as the growing number of men without regular work—by one analysis, 20 percent of prime-age males were not working full time at the start of 2018—are being cut out of the marriage market altogether.

In the top tier, college-educated women feel they can’t afford to take time off from their careers to raise their children even when they want to, as many of them do….Many career moms manage their stressful work-life balance thanks only to low-wage immigrant labor to take care of their children, clean their houses and deliver their takeout. Even with hired help, working women still spend nearly as much time on household tasks as their stay-at-home mothers and grandmothers did. The result is stress, frustration—and cries for national action.

The response of the conservative establishment to this crisis has been to double down on shoveling women into the work force….

Andrews goes on to emphasize the need for policies that will “make the happiness and stability of America’s families a policy goal on par with G.D.P. growth.” The curious thing, though, is that the people doing work on this important subject are men. That needs to change, because “there are some arguments that it’s easier for a woman to make,” especially in our touchy era of identity politics. Some of these arguments are pretty simple and straightforward. Says Andrews with refreshing good sense: “There’s no point paying someone $11 an hour to raise a woman’s children so she can go out and earn $11 an hour if that woman would be happier staying home and raising her children herself.”

Having noted that “Women were responsible for almost the entire increase in labor force participation between 2015 and 2017,” Andrews asks, “Isn’t it time to focus on helping male workers specifically, their wages and their industries?” If you want what is best for men, and women, and families, then you must certainly answer yes. Although it is not unusual for men to marry down, women typically marry within their place on or, if possible, up the socioeconomic ladder. These days, many ordinary men, who are neither wealthy nor handsome nor charming, struggle in the sexual marketplace, even though they hold down jobs, pay their bills, and have their acts together generally. A higher sexual market value for ordinary men would come about if, thanks to policies advocated by writers like Oren Cass and Patrick T. Brown, it becomes more feasible and more socially acceptable for women to be homemakers who regard men as providers. That, after all, is what many women want, whatever feminists, with their outsized and largely negative influence, may say.

Plus, to the extent that ordinary men increasingly are losers in the sexual marketplace, struggling where such men did not do so even in the recent past, our country will be plagued by even more social evils, from the incels and depression to drug abuse and suicide. The economy is booming, it’s often said, but one thing that’s often overlooked is the record number of people who are not in the workforce, having effectively dropped out of society. Most of these persons are men, and they are in a bad way. Many feel they have nothing to live for, and so they turn to all sorts of vices in their despair. If we consider that most jobs don’t afford a deep sense of satisfaction, being things men do only for instrumental reasons, the special—indeed incomparable—value provided by family life becomes clear.

Social policies that make it easier for Americans to form families would also be a significant long-term gain for conservatism, serving as they would to check the power of the anti-family Democratic voting bloc. Marriage is in freefall, and if that continues, among the likely consequences are a lot more women voting for Democrats in the future. Married women tend to vote for the right much more than single women do, and if conservatives don’t find a way to get more female votes in the future—namely, by offering female voters pro-family policies—it may eventually become very difficult to elect a Republican president, period. Indeed, in the end this demographic consideration may be just as important as checking excessive immigration and trying to preserve what Peter Brimelow calls the Historic American Nation, each essential if there is to be an American right in the future.