The Only Good “White Ally” Is a Dead White Ally 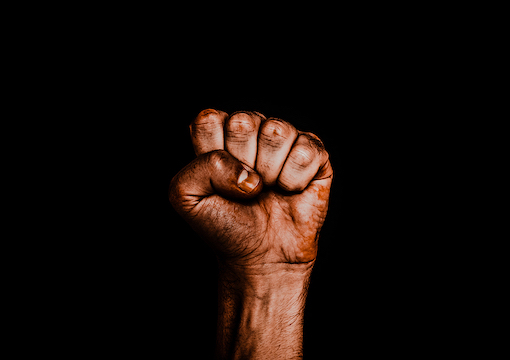 It doesn’t take a rocket scientist to figure out that it’s getting harder and harder to be a “white ally” in the service of racial justice. And yet sometimes it actually does take a rocket scientist. U.K. native Nick Berry has lived in Seattle for the past quarter century. Berry is a rocket scientist, like, fer real, man (his degree is in aeronautical and astronautical engineering). Berry’s your standard Seattle white male…Trump bad, masks good, Trump hates science, STEM needs diversity, etc. He’s even done a TEDx talk (a rite of passage in that tribe). In his spare time, he runs a neat little science blog that’s actually quite worth a visit.

Nick Berry is dying of stage IV cancer, and he’s using what little time he has left to give free science lectures at colleges and universities. His politics aside, he seems like a decent enough guy who’s handling his bum deal with humor and dignity.

Last week, Berry was sitting in Seattle’s Ravenna Park minding his own business when a large, “muscular” black man started beating the living crap out of him. No provocation, no reason at all. White man sitting quietly in park = “that ofay devil be needin’ a beatdown.” Berry had to be rushed to the ER.

When news of the assault crept onto Twitter, Berry felt the need to stress that he just knows the attack couldn’t possibly have been racially motivated. I mean, he doesn’t “know” in the way that a scientist knows something, but he knows…in the way a psychic or tarot reader does. He told his Twitter friends: “I was attacked by a random person (probably mental illness or drugs). I’m pretty sure the quantity of pigment he has in his skin is orthogonal to the reason for the attack.” For their part, his friends lamented that the attack might be used to unfairly tar BLM and “fan the fires” of racism. One friend went so far as to say that the story should be kept out of the news, because “it was just a mugging” and “not newsworthy.”

A white scientist battling cancer gets beaten half to death in a public park, and his first reaction (and the first reaction of his friends) is to be a black “ally.” We’ve reached the point where “allyship” has become the No. 1 priority of the average white American. A higher priority than family, employment, or even physical safety and well-being.

The problem is, blacks don’t seem to be very interested in white allyship at the moment.

Author, university lecturer, and activist “Feminista Jones” (Michelle Taylor), one of the most influential and loony-tuniest voices in the BLM cult, went on a Twitter tirade last week against white allies:

Begging white people to support BLM and related work has diluted the integrity of true revolutionary work. I still don’t get why folks were so focused on getting mainstream support when it only means the inevitable destruction of the movement. Y’all notice how popular “Anti-Racism” is now? How many white people are talking about/consuming it? LOL of course they do! It centers them in the work. Whiteness will never nourish us to completion, so we don’t need anymore high-cost galas or dinners or anything involving eating their food to push for liberation and freedom.

In other words, beat it, whitey! We don’t need ya.

Also last week, after L.A. sheriff’s deputies ventilated a noble jogger named Dijon Kizzee (which, ironically, is also the name of a popular soul food condiment), the Los Angeles BLM chapter tweeted a warning to any whites thinking of coming out for the “protests” being organized in South Central: “White folks, please defer to Black leadership.”

Again, we don’t need you. You’re ballast at best and unnecessary at worst.

“We’ve reached the point where ‘allyship’ has become the No. 1 priority of the average white American.”

When white Antifa terrorists like Michael Reinoehl blow away other whites, or when other whites like Kyle Rittenhouse blow away white Antifa terrorists like Joseph Rosenbaum, Anthony Huber, and Gaige Grosskreutz, blacks don’t care. It’s just whiteys killing whiteys. That’s why the Rittenhouse shootings provoked no major retaliatory unrest. Crackas killin’ crackas is a win-win for BLM, which sees these “allies” as fodder, not besties. As a Facebook friend of mine remarked recently, political street brawls featuring names like Reinoehl, Rittenhouse, Rosenbaum, Huber, and Grosskreutz are something out of Weimar, not “the hood.”

The unbearable agony of the white ally was experienced firsthand by a guy I covered in this column two weeks ago. Dr. Brian Richardson is an Alabama urologist who, along with another doctor, hatched the greatest, most amazing plan in the history of white saviorism: White doctors should wear black scrubs because the sight of a doctor wearing fabric that sorta looks like black skin will make blacks feel good about themselves or good about whites or something along those lines (the details are fuzzy). #BlackScrubsForBlackLives day was Aug. 28, and even with heavy promotion from the national news media, the thing laid such a rancid egg I damn near got salmonellosis reading about it. A search of the #BlackScrubs hashtag shows that the paltry few who “commemorated” the event were Richardson’s fellow white saviors. The tag didn’t even slightly crack “black Twitter.”

Embittered by the tragic reality that he wasn’t spending his big day being carried around like a hero on the shoulders of the Crimson Tide, poor Doc Richardson took out his frustrations by whining to me on Twitter over the course of a couple of hours, seemingly under the impression that his project was sunk by my critical coverage rather than his scheme’s inherent crappiness. And while I generally prefer not to revisit past amusements, Richardson’s impassioned defense of his “allyship” is too good not to use.

The doc called me an “unforgiving critic” who was selfishly not offering “the solution” to “racism and discrimination.” I replied that there is no “solution,” only policies that can at best mitigate certain inequities. And even if there were a solution, it certainly wouldn’t consist of “wearing magic clothes.”

“So why wear pink ribbons for breast cancer?” the doc snapped back. “Blue ribbons for prostate cancer? The color or ribbon never killed one cancer cell—but you know what it did do? Uplift, encourage, and support those battling the cancer. Is there any value in demonstrating love and compassion?”

My reply: “Such things make the wearers feel good about themselves, which is fine. But they don’t do anything. I’m glad you get something out of your campaign. And if the campaign were promoted as ‘wear black to help Dr. Brian Richardson feel good about himself,’ I’d praise the honesty. But promoting it as ‘making a difference’ to anyone but yourself is dishonest and/or misguided.”

The doc accused me of spreading “hate rhetoric,” claiming that when he opines publicly, “it’s for a good cause.”

On that we agreed: “Your campaign WAS for a good cause; I got an excellent column out of it.”

Again and again in the course of our lengthy exchange, Richardson kept circling back to his “good intentions,” which, he posited, prove his allyship even if his campaign fizzled. But the doc couldn’t grasp the core problem, which is that, broadly speaking, there are two types of black Americans. There are the normal ones, the sane ones, the ones who go about their daily lives uninterested in buffoonery. The ones who would have nothing but derisive laughter for a white man who says, “Hey—I’m wearing a shirt that kinda looks like your skin. Doesn’t that make you feel good about yourself? Aren’t you proud of me?”

The other type of black American is the BLM terrorist thug. They would likely have an even more viscerally negative reaction (à la “Feminista Jones”) to the “I’m wearing your skin!” campaign. BLM’s race hatred, coupled with its paranoia, makes its members highly aware of and hostile to white condescension and pandering. They’d kick Richardson to the curb (and stomp him) in a heartbeat.

That leaves Doc Richardson a savior without a flock. A savior preaching to other saviors.

But there is a path to salvation for whites…there is a perfect way to show allyship with the BLM bullies, thugs, and terrorists. And it ain’t wearing black “skin” or joining protests or putting BLM signs in your yard. It isn’t half measures and good intentions. You want to be a white ally? Here’s the one true way:

Amy Biehl was the privileged blond California bimbo who traveled to South Africa in the early 1990s to help that nation’s poor oppressed blacks, who repaid the favor by brutally stabbing and stoning her to death while yelling antiwhite slogans, laughing at her agonized moans, and toyi-toying to her death rattle. Biehl’s wealthy parents traveled to Cape Town to defend their daughter’s killers, who were spared punishment as part of the postapartheid “truth and reconciliation” con game. The parents practically adopted the killers, giving them jobs and money, and kissing their asses at every turn. It was a “loving relationship,” according to Biehl’s mother, who walked one of the killers down the aisle in traditional unga-bunga garb at his wedding.

Although the Biehls had no connection to South Africa prior to Amy’s murder, the parents still felt “responsible” for the plight of blacks in that country, because all whites owe all blacks everywhere and for perpetuity. The Biehls decided that the killers were owed the “right” to puree their daughter, and they’ve spent every year since doing everything they can to compensate the murderers for the pain they suffered when their knuckles were tragically bruised against Amy Biehl’s skull.

The Biehls didn’t order a hit on their own daughter, but one could be forgiven for thinking they did, considering the astounding amount of praise they’ve heaped upon her assassins, and how much they’ve crowed about how Amy’s murder made the world a better place by enriching the blacks who offed her.

Now, that’s allyship. And it’s the only kind BLM allows. “Let us rob and terrorize you, let us murder your children. You owe us the right to commit these crimes; take your losses with humility. Don’t prosecute us; reward us. Apologize to us for what we’ve done. Defund the police, and fund us for the privilege of suffering under our fists.”

There is no other type of allyship that BLM seeks. “Let us kill you. Do not hold us accountable or judge us. Ask us to forgive you, and pay us for our troubles.”

As I said at the start of this piece, it takes a rocket scientist (not a urologist). Nick Berry got it, instinctively. He responded to his near-fatal pummeling exactly as whites are supposed to: “I’m terribly sorry my face got in the way of your fists.”

“Thank you, sir, may I have another?”