The Radicalization of Black America 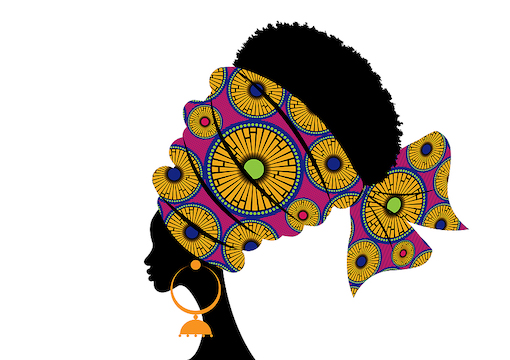 Following last week’s somewhat nostalgic column, several of my younger readers reached out to me expressing surprise over my positive recollections of attending majority-black L.A. public schools in the late 1970s and early ’80s. A few of them shared their own personal, intensely negative experiences. One reader sent me a recent Slate advice column in which a white parent described the torment her daughter endured at a majority-black school, and the black columnist responded with a lengthy defense of black kids who bully whites.

Yep, it’s not 1980 anymore. And it’s no mystery why today’s “white students in black schools” are encountering a vastly different landscape than I did forty years ago.

As I detailed last week, there was plenty of crime in my school; it was hardly a paradise. But there was no antiwhite hate. Now, you can debate whether there are certain traits in the black population that are immutable. But even if genetic determinism is your god and guide, the fact is, ideological hatred is not inborn or inevitable. Yes, in my high school there was criminality, and yes, impulse control issues often presented themselves. But there was no race-driven hostility.

Black Americans have been radicalized. And in the specific case of my own school, I can provide an exact date for when it started.

Fall semester 1998. That’s when a shadowy org calling itself the African American Parent Coalition for Education Equity (AAPCEE) “appeared” at my alma mater: Alexander Hamilton High, or “Hami” to locals. Having already enveloped several neighboring schools like locusts, AAPCEE began a concerted campaign to sow racial strife at Hami. And even though these were the pre-social-media days, the methodology might seem strikingly familiar. White teachers were singled out to be “canceled” for saying the wrong things in class or using the wrong words about racial matters. One Jewish instructor was targeted for not teaching about slavery “correctly” (translation: He taught it accurately and not as “1619 Project” propaganda).

The academic achievement of the school’s white minority was used as “proof” of the school’s inherent antiblack racism. White students and teachers were presented as the enemy, and every minor misstep by any white became a “microaggression” of genocidal proportions. Basically, AAPCEE arrived at a majority-black school where everyone was getting along and told the black students, “Getting along is racist.” Students and administrators who objected to AAPCEE’s agenda were vilified, and those who went along with it were rewarded.

In May 1999, the liberal L.A. Weekly sent a leftist black journalist—Erin Aubrey—to cover the AAPCEE controversy at Hami, and in a remarkably fair and objective piece, the likes of which we rarely see these days, the reporter concluded that AAPCEE and its allies were indeed the villains of the affair. Aubrey’s article documented how AAPCEE cowed the admins, teachers, and students who weren’t down with the group’s agenda. The hate-sowers spread outright falsehoods about white teachers. Black parents and students who defended the teachers were condemned or ignored, while black parents and students who supported the pitchfork-carrying mob were “amplified.”

So what was AAPCEE? Was it an organic formation of concerned local “African American parents”?

“Once you grasp the Mohammed analogy, it makes total sense that a Dr. Seuss book with an African caricature must be banned.”

Very funny; it was as “organic” as Velveeta. AAPCEE operated under the umbrella of a well-heeled organization called “Communities for Educational Equity,” which was funded by the James Irvine Foundation and (since the early 2000s) the Bill and Melinda Gates Foundation.

So there you go. A school devoid of racial disharmony all of a sudden gets jolted out of its cursed tranquility by a well-funded org with an agenda that offers reward to the black admins and teachers who play ball and punishment to those who don’t. And wouldn’t you know it? A non-radicalized school becomes radicalized.

Last week, as Americans on the left and right were brawling on social media over mass shootings (“That shooter was white! No, that shooter was black! Wait, that shooter was Arab! Weee, what fun!”), a genuinely important story sailed under the radar. Remember Younes Abdullah Mohammed? He was the al-Qaeda recruiter who in 2010 tried to solicit the murder of the South Park guys because they were going to depict Mohammed as a cartoon (Comedy Central prohibited the portrayal in response to the threats). Younes served time in federal prison, and now—using his birth name, Jesse Morton—he lectures about the process of Islamic radicalization.

On March 22, documentarian Andrew Gold interviewed Younes/Morton on his podcast. And the former jihadi outlined a principle regarding radicalization that has relevance beyond just Muslims. He explained that as a professional al-Qaeda recruiter, he never had a more effective tool than the Mohammed cartoons. “We must stop the infidels from blaspheming our sacred prophet” ignited radicalization-prone Muzzies more than anything else in his recruiter toolkit. Yes, more than “The Americans are bombing your babies.” More than “The West sells arms and sponsors wars against you.” More even than “The Zionists are occupying our land!”

Those issues, as important as they are in the radicalization process, simply did not “motivate” as the Mohammed cartoons did.

According to Younes/Morton, imams who knew that there’s nothing in Muslim law or theology that commands believers to kill infidels who depict Mohammed, purposely spread the lie that such a commandment exists, because it was a falsehood that could spawn a deeper hatred of Westerners, a greater willingness to kill, than something banal like “Their generals are bombing some villagers.” That message is less effective because Muslims like killing Muslims, too, and different varieties of Muslims war with each other every day. But the Mohammed cartoons, that was unifying. It spoke to a common identity shared by all Muslims, be they Sunni, Shiite, Arab, Asian, black, or white.

Younes/Morton isn’t the first Muslim extremist to make that point. In 2008, black Muslim provocateur Amir Abdel Malik Ali said the exact same thing to a crowd of supporters at UC Irvine. As he explained it, the Mohammed cartoons, more than anything else, caused Muslims “all over the world” to “start thinking like an ummah” (a community bound not by geography but by a common faith—i.e., a common identity that transcends notions of borders and politics).

“Something sacred to you—the thing that is the very core of your identity—is being profaned and disrespected by people who value their ‘free speech’ rights over your right to protect what is hallowed. Your identity commands you to take up arms.” That’s an argument that stirs passions and engenders hate.

And there you go; now you have a “clash of civilizations.” More important, now you have decentralized person-to-person warfare, as opposed to centralized government-to-government warfare. A white guy in France or the U.K. can say, “I support bombing Syrians,” and he’ll be fine. But if he draws Mohammed, some individual Muslim, acting on conditioning rather than direct orders, will murder him (or try to). Guaranteed. No centralized command but countless autonomous radicals, all on the lookout for blasphemers to eradicate.

Once you understand that principle, everything we’ve seen in the U.S. regarding blacks over the past few decades becomes instantly explicable. Black Americans have the highest levels of self-esteem of any racial or ethnic group in the country, yet arguably (on average) they have the fewest accomplishments to back up that narcissism. What a perfect group for leftist “imams” to target with the message that it’s your skin that’s sacred. Your holy skin makes you valuable, not your accomplishments. Those who speak disrespectfully of that skin are blasphemers; it’s your duty to eradicate them.

Essentially, blacks are their own Mohammed. They are their own sacred icon, their own holy prophet. They may be Christian, Muslim, secular, whatever. But they must all fight to protect their hallowed skin from disrespect from infidels.

This is the talking point that crafty race-hustlers are using to radicalize as many blacks as possible. And many of those hustlers, like the deceitful imams referred to by Younes/Morton, don’t buy their own lies (in fact, many of the radicalizers don’t believe in black skin sacredness at all because their own skin isn’t even remotely that color). Once you grasp the Mohammed analogy, it makes total sense that a Dr. Seuss book with an African caricature must be banned. And any white person who speaks improperly of blackness must be canceled. And any white professor or service industry worker who speaks anything but worshipful praise of black students or customers must be fired. They profaned the holy; the ummah must be appeased.

This is why it’s pointless when a white person says to a black, “Hey, I get pulled over too! I get bad service in restaurants too! Whites like me get shot by cops more frequently than blacks!”

Yeah, but you’re not sacred. Disrespect to you is not blasphemy.

So what do you get in the end? A demographic group that considers outsiders—infidels—unworthy of speaking to or about the ummah. A group whose images must not be drawn, whose history is not to be discussed but in hushed tones of awe; a group whose music, appearance, clothing, and lingo must not be appropriated by the unclean. Forty million Mohammeds, vigilantly on the lookout for disrespect from the sea of heathens among them.

A recipe for disharmony.

And the ultimate goal? Well, it’s as Younes/Morton said. Fanatics are useful. Imams and emirs love nothing more than to create armies of the faithful who can be manipulated through their blind zealotry. We see that here, right now. Black sacredness is at present the single most powerful force in U.S. politics. From city halls to statehouses to Washington, D.C., to Hollywood and corporate boardrooms, it’s all about “Will this offend blacks? How do blacks feel about this?”

Because if you disrespect the new Mohammeds, you might find yourself figuratively killed off (canceled) on social media or in the workplace, or literally killed off by rioters.

Of course, as Arab leaders have discovered to their dismay over the years, you can’t always control the fanatics. You create an army of purity police looking to stamp out blasphemy, and there’s a decent chance that soon enough you’ll be the one who’s accused of offending the faith. It’s a risky strategy.

And as for the Mohammeds themselves—black Americans—well, I’ll round things out by returning to Hamilton High. The attempts at black radicalization in the 1990s were all for nothing. The school is now majority Hispanic. Blacks barely count anymore, surrounded as they are by Latinos who don’t give two shits about their “sacredness.” The movement to radicalize Hami was undertaken at a time when blacks were the overwhelming majority, and it was undertaken by shortsighted race pimps who failed to foresee that demographic change would eventually make the entire effort irrelevant.

A microcosm, perhaps? An outcome that’s fated to be replicated nationally?

It’s also a lesson that blacks ignore at their own peril.