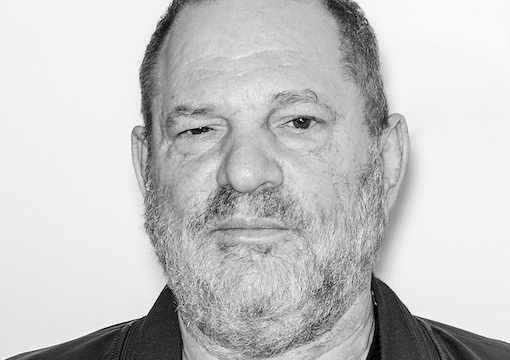 As everyone who has not been in strict isolation in hospital with the virus knows, Harvey Weinstein was recently condemned to death for sexual assaults against six Hollywood wannabes. Actually, he was sentenced to 23 years in jail, but in view of his age of 67, it would have been far more dramatic and fitting for Hollywood had the judge given him death.

Following the sentencing, the women who had testified against Harvey all had their day in the sun, which means they were all interviewed on television and had the opportunity to gloat over his fall. “Joyous” and “happy” and “satisfied” were some of the expressions used by the victims, although I am, alas, old enough to know better. Call me cynical if you like, but had Harvey paid and paid through the nose, he’d be walking around free, of that I am sure.

Be that as it may, had he done to my daughter what he did to some of those women, I’d be up in front of a judge instead. Except that my daughter would never have put herself in a situation like those of the plaintiffs, but then she’s not in show business. Casting in Hollywood has always involved quid pro quo, and perhaps now things will actually change. But I doubt it. “Do you REALLY want the part?” will become the catchphrase, and all the things that go with that understanding.

Human nature does not change, at least not where Hollywood types are concerned. Hypocrisy, not talent, is the No. 1 commodity in Tinseltown. All one has to do is listen to the utter drivel expressed daily by the trained seals that pass as artists nowadays. And it all has to do with compassion: compassion for blacks, women, the handicapped, LGBTQs—you name it, Hollywood types will bring it up in some acceptance speech of theirs. Oh, I almost forgot, there is also racism to rant against, along with gender politics, sexual harassment, and the #MeToo movement. Last but not least, the moronic, inarticulate, and obviously brain-damaged Joaquin Phoenix is now behind the #MooToo movement, the oppression of defenseless cows. He brought it up this February while accepting an Academy Award for an unwatchable superhero movie.

“Hypocrisy, not talent, is the No. 1 commodity in Tinseltown.”

Today it’s not the crime that is committed that our celebrities rail against, but who commits the crime. Normal people in universities, in the arts, in politics, and in the media live in fear of saying anything that might trigger the groups who run trip wires through our national life. At the recent Brit Awards, a rapper rapped that Boris is a racist. When asked on what basis, he rapped, “Cuz I said so.”

I may not be as articulate as that cretin, but here are a few examples of racism that the woke brigades with their burnished morals and burning zeal to expose oppression could use: the abuse of poor white girls by Asian men in the North of England. They are in the hundreds, and they are traumatized, broken, abused, raped, and used, and not a single trained seal has dared bring their plight to light. No actor’s trophy has been dedicated to them, no author has accepted an award and mentioned them, no celebrity has asked for justice, so the girls remain nonpersons in one of the most civilized countries on the planet.

The reason for the silence from our Oprah Winfrey types is easy to guess. The perpetrators have all been Pakistani men, brown men who cry racism at a raindrop, and as we all know, it rains a hell of a lot over on that tight little island. Mind you, five men have been tried and convicted after years of the police refusing to prosecute, in fact turning a blind eye to the outrage. In total they got 55 years, which means ten years each, less than half of what “Uncle Harvey” got.

According to a report, 57 young girls were thought to have been exploited by up to 100 Asian members of a gang, despite the fact that both the police and social workers knew what was happening. Under the dreaming spires of Oxford, three Asian men were jailed for raping and sexually abusing a schoolgirl of 13, but none of the usual suspects who demonstrate at the drop of a hat had much to say after the fact. (At the Oxford Union, I was once booed off the stage for telling a 400-pound African-American student who claimed she almost starved to death following Katrina that she could do with a bit of a diet.)

How these men operated with such impunity in so many British cities is an even bigger scandal. So let “Cuz I said so” call Boris a racist. The true racists are the media and the celebrities they give oxygen to for refusing to make a big deal out of these outrages, all the while looking for racism against Meghan instead. For if these victims had been black schoolgirls targeted by a bunch of white men, there would be bloody riots in the streets, the government would fall, and Hollywood would suspend shooting for an afternoon of silence.

Next time someone brings up racism, if you don’t reach for the cream pie, reach for this article.