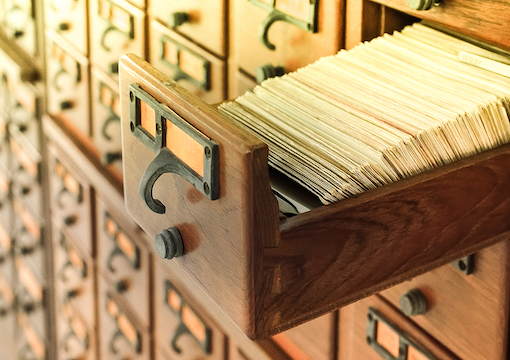 Curiously, many nonfiction books these days are published without an index, despite Microsoft Word providing indexing. My guess is that because serious new books mostly intrigue other writers hoping to find their names mentioned in the text, publishers fear that an index would just let them be disappointed while standing in the bookstore aisle, and then they’d put the book back on the shelf unbought. (A confession: I’ve done that. A lot.)

Fortunately, Matthew Continetti’s new history of the interplay of conservative little magazine pundits and presidential candidates going back to the Harding administration, The Right: The Hundred-Year War for American Conservatism, has an excellent index.

So, indeed, I immediately looked up my own name, and found myself appearing twice, with Continetti’s descriptions of my work being fair-minded.

“The book is capacious, exhaustive, and far more objective than could reasonably be expected.”

In Continetti’s telling, the good guys are, unsurprisingly, the “elitists,” such as his in-laws, the Kristols and Himmelfarbs. The bad guys are the “populists.” But, he admits, the latter have this annoying habit of often turning out to be more empirically right about the issues than their betters.

The GOP “autopsy” released in the spring of 2013 counseled Republicans to support the legalization of illegal immigration…. Steve Sailer, a contributor to paleoconservative journals, put forward an alternative to the Jeb Bush-RNC autopsy strategy of outreach to minority groups and young people. Sailer called his approach “in-reach.” Because Republicans drew primarily from white voters, especially married white voters with families, Sailer reasoned that the party should seek to boost turnout among its core constituency rather than fritter away political capital on minority groups whose objections to the GOP were in all likelihood insurmountable. Sailer’s thesis found empirical support when election analyst Sean Trende examined the “missing white voters” in the 2012 election.

And this example of “Sailer, Steve” sums up my opinion of The Right in general: The book is capacious, exhaustive, and far more objective than could reasonably be expected from a hereditary combatant in a field, conservative opinion journalism politics, that is so bitter because the stakes are so high. Continetti is the son-in-law of William Kristol, cofounder of The Weekly Standard, and grandson-in-law of Irving Kristol, cofounder of The Public Interest, both now defunct but, in their day, influential neoconservative journals.

In case you are wondering who is included in The Right, I can quantitatively summarize Continetti’s book by listing the pundits who appear on the most pages.

William F. Buckley, founder of National Review, is the central figure in The Right, showing up on 107 pages according to the index. I didn’t see too much in the book that’s new about that legendary personality, so here’s a story about WFB that I heard only recently (and only from one source, but a reasonably reliable one): WFB, who had won 13 percent of the vote in an entertaining Conservative Party run for mayor of New York City in 1965, intensely wanted to run for president in 1968. If Jack Kennedy could be president at age 43, why not him? He was surprised and frustrated to find that his own inner circle didn’t take him seriously as presidential timber.

But WFB, despite his high opinion of himself, inherited wealth, cultured tastes, and snobbery, doesn’t particularly fit Continetti’s organizing dichotomy of elitism vs. populism. For instance, when running for mayor, Buckley had done best among outer-borough Archie Bunkers. Continetti notes:

Buckley had uncovered, quite by accident, the future electoral base of the Republican Party: white voters without college degrees…. This discovery put Buckley in an odd position. He was an ambivalent populist. In fact, he rejected the label. But he could not deny that the “establishment” that ‘National Review’ poked, prodded, and lampooned was liberal in outlook…. He wrote that he would “sooner live in a society governed by the first 2,000 names in the Boston telephone directory than in a society governed by the 2,000 faculty members of Harvard University.” Had he really meant it? Or was Buckley’s antielitism really just his antiliberalism in democratic disguise? It was a question he never really answered.

The main weakness of The Right is that Continetti’s history of conservative opinion journalism is a little too impartial.

The second-most-cited journalist in The Right is Pat Buchanan, who shows up on 42 pages. Buchanan is the designated populist bad guy of the second half of the book, following Joe McCarthy in the first half. But unlike McCarthy, who self-destructed in a big gay conservative fiasco when his chief of staff Roy Cohn got mad at the U.S. Army for drafting his dear friend G. David Schine, Pat doesn’t go away. It’s almost as if he was onto something when, after the fall of the Berlin Wall, he began suggesting new policies for a post–Cold War world rather than the U.S. just keep on keeping on by expanding NATO like respectable conservatives demanded.

One reason Buchanan’s career has lasted so long despite neocon hatred is that he’s a terrific guy. Lots of mainstream liberal journalists are ideologically closer to the neocons than they are to Pat, but who do you think they would rather have a drink with?

One of my last memories of my father from before his debilitating stroke at age 94 was him reading the copy of Buchanan’s Suicide of a Superpower that Pat sent me, complete with his helpful Post-it notes and handwritten comments on the pages where he’d quoted me.

My father was impressed.

Third with 41 mentions is Russell Kirk, author of The Conservative Mind. It’s hard to be mad at the lovable Kirk, who was a sort of nice Northern Ignatius J. Reilly. But Continetti can’t overlook “the slanderous charge of dual loyalty” that Kirk made in 1988 when he joked:

And not seldom it has seemed as if some eminent neoconservatives mistook Tel Aviv for the capital of the United States.

Of course, these days, after the populist Trump’s foreign policy initiatives, everything has changed. Now, and not seldom, it has seemed as if some eminent neoconservatives mistook Jerusalem for the capital of the United States.

Personally, I’m a member of the Larry David School of Social Criticism who believes that no ethnic group should be off-limits from being ribbed about their recurrent tendencies.

In fourth place at 40 pages is Continetti’s grandfather-in-law Irving Kristol. He was an entrepreneur of highbrow journalism, founding (with English poet Stephen Spender) the anti-Communist leftist magazine Encounter, which the CIA funded to show European intellectuals that you didn’t have to be a Communist to be smart and classy.

Over time, the elder Kristol led an exodus of old Trotskyites to the right, famously quipping that a neoconservative was “a liberal who has been mugged by reality.” During the 1960s, Kristol worked at Basic Books, where he published social scientists alarmed by how LBJ’s Great Society seemed to be having more deleterious effects on the crime and illegitimacy rates than FDR’s New Deal ever had.

It’s worth noting that when neoconservatism was starting out it tended to be not just obsessed with foreign policy, but also took an intelligent interest in domestic policy: Why are all us liberals suddenly being mugged in Central Park? (Actually, Kristol said that despite living for decades overlooking Central Park, he’d never gone for a walk in it.)

To my mind, the greatest neoconservative was crime-fighting political scientist James Q. Wilson, but he gets only three mentions in The Right, which is longer on ideologues than on empiricists.

My vague impression is that New York Jewish intellectuals weren’t overwhelmingly interested in Israel until its exciting success in the 1967 Six-Day War launched a bandwagon effect among American fans. For instance, Commentary editor Norman Podhoretz’s second volume of memoirs, Breaking Ranks, which covers the ’60s, doesn’t mention Israel until after the 1967 war, after which every up or down experienced by Israel suddenly becomes a matter of life or death to the elder Podhoretz rather the way fans of the unstoppable Yankees care more this baseball season than do fans of the trailing Red Sox.

Jacob Heillbrun (editor of The National Interest, yet another magazine founded by the elder Kristol) argued in his 2008 book They Knew They Were Right: The Rise of the Neocons that neoconservatism as a movement was more or less a conspiracy hatched by Daniel Patrick Moynihan and Richard Nixon to lure avid new Israel rooters in New York into supporting America in the Cold War by portraying American strategic strength as crucial to Israel.

Similarly, when a friend asked press baron Rupert Murdoch why he funded The Weekly Standard, which was edited by Continetti’s father-in-law William Kristol (15 references in the index), even though Murdoch doesn’t seem to care that much about Israel one way or another, the wily Australian magnate replied that when you are a foreigner trying to make it in the America media business, you don’t need all the Jews in New York on your side, but you do need some of them.

An impressively evenhanded book, The Right ends with a plea to dump Trump in 2024 along with an admission that conservatism still must incorporate the

policy positions that Donald Trump forced upon the movement—a belief in secure borders and national sovereignty, an emphasis on the condition of working people without college degrees, a tough stance toward China, and a reluctance toward humanitarian interventions abroad.