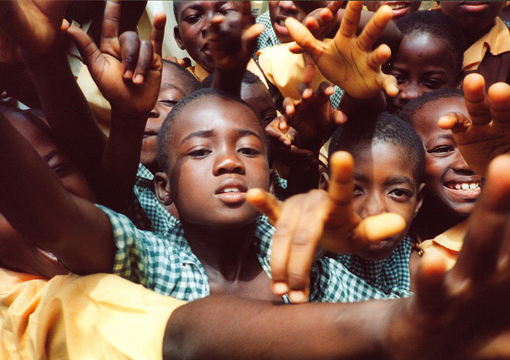 People in sub-Saharan Africa have loads and loads of problems, but not when it comes to having babies. As far as generating prosperity, ensuring longevity, and protecting its inhabitants from violence and disease go, sub-Saharan Africa has a horrendous record for which every black person currently alive should feel tremendously painful spasms of shame. But they are the undisputed world champs when it comes to reproduction.

Twenty-four of the 25 countries on the planet with the highest per-capita birth rates are in sub-Saharan Africa, whereas every last nation in the European Union is experiencing sub-replacement fertility rates. (A look at that link reveals that when it comes to fertility, the Axis powers didn’t fare well—out of 225 nations listed, Italy comes in #214, Germany #216, and Japan #222. Apparently you never stop losing World War II.)

It wasn’t always this way. When I was but a wee sapling, India and China were the main generators of global population growth. But whereas those nations are stabilizing, nearly all population growth this century will come in the deep, musty jungles and barren, sandy plains of the Dark Continent’s southern segment.

The population of Africa is expected to roughly double by 2050. This will add 1.2 billion people to Africa’s 2019 population of 1.3 billion people….The average woman in Africa today has about 4.7 children. This varies significantly from 2.5 in southern Africa to between 5.5 and 5.8 in central and western Africa. The average in other parts of the world is 2.2 or less, with a global average of 2.5 children per woman.

The author of that piece brilliantly suggests that “high fertility behaviours” may play a role in Africa’s population explosion.

“I suggest a two-pronged approach to stop the seemingly inevitable tidal wave of African immigration to the United States.”

According to our friends at the United Nations:

More than half of global population growth between now and 2050 is expected to occur in Africa. Africa has the highest rate of population growth among major areas. The population of sub-Saharan Africa is projected to double by 2050. A rapid population increase in Africa is anticipated even if there is a substantial reduction of fertility levels in the near future. Regardless of the uncertainty surrounding future trends in fertility in Africa, the large number of young people currently on the continent, who will reach adulthood in the coming years and have children of their own, ensures that the region will play a central role in shaping the size and distribution of the world’s population over the coming decades.

According to UN projections, by 2050, twenty-eight sub-Saharan nations, including Nigeria, will double in size, while nine others, including Somalia and Uganda, are set to quintuple. By that year…three out of every four newborns in the entire world will come from this region.

OK, so for the next thirty years, more than half of all worldwide population growth will be in sub-Saharan Africa. And after that, the rate gets jacked up to 75%. And when things get overcrowded on a continent where drinking water is a luxury and AIDS seems as abundant as the common cold, forgive me for suspecting that many Africans will seek lebensraum somewhere else.

From now until the end of the century, the population of Africa will quadruple from one billion to four billion. The Washington Times sees this as a problem—for Africa, at least:

Without significant development progress, this population tidal wave will cause great human suffering, trigger destabilizing migrations and impact global security….Nigeria, the continent’s most populous nation, will see its population grow from 191 million in 2017 to a staggering 411 million in 2050 to become the world’s third most populous country, behind India and China and ahead of the United States….Their per capita gross domestic product (GDP), the best measure of economic prosperity, ranges from $3,100 in Angola and $2,200 in Nigeria, to just $780 in Mali and $434 in Somalia.

Before Hillary Clinton and Barack Obama took him out, Muammar Gaddafi warned that if the European Union didn’t pay him a hefty ransom, he would cease to allow Libya to serve as a buffer zone between Europe and sub-Saharan Africa’s squirming, musty masses:

Tomorrow Europe might no longer be European and even black as there are millions who want to come in. We don’t know if Europe will remain an advanced and united continent or if it will be destroyed, as happened with the barbarian invasions.

Europe didn’t listen. And now we have a “migrant crisis.” And now millions of black Africans are learning to get over their natural fear of water in order to set sail for Europe. Countless others are being sprinkled throughout Europe and North America due to the globalist programs that redistribute human bodies as if they were material wealth. Since everyone is equal—something we are forced to accept under the effective threat of death, at least socially—there should be no national borders and four billion Africans are just as valuable as four billion Greeks or four billion Swedes.

I can’t speak for Europe, but clearly we can’t absorb an additional four billion Africans into the United States. After all, forty million already seems like a bit of a handful. Why multiply it by a factor of 100? Sure, we could double the amount of teams in both the NBA and NFL. We could always use a few more entertainers. But sooner or later, we won’t have any jobs for them, and, as hateful as it makes me sound, four billion Africans might start to feel like a wee bit of a burden on our infrastructure.

As anyone who turns on a TV can tell you, the United States is a deeply racist nation which is structurally designed to oppress, torture, defame, rape, humiliate, extort, beat, maim, disfigure, and outright murder black people in the streets. Don’t forget slavery. Or lynching. Or the KKK. Or Jim Crow. Or, for that matter, his brother Jeff Crow, who focused his energies on keeping movie theaters segregated. Don’t forget those water hoses and those German Shepherds. Or Emmett Till. Or Trayvon Martin. Or Mike Brown. Or the fact that even though the other members of the Rat Pack were superficially nice to him, Sammy Davis, Jr. was always painfully aware that because of the color of his skin, he could never truly be one of “them.” Convince every potential African immigrant that living in the United States would feel like being lynched and raped simultaneously. Sure, back in the Motherland they may only eat the equivalent of one stale biscuit monthly, but they won’t feel hated.

Once we’ve convinced Africans to stay in Africa, we are ready to enact Stage Two of the plan:

They need to stop having so much sex.

For all that the pundits and so-called “experts” try to blame the astronomical rates of African fecundity on colonialism or capitalism or corrupt African politicians or primitive African religions, the plain truth is that if they weren’t fucking each other so much, they wouldn’t be popping out babies as routinely as they defecate.

Learn a hobby, Africans. Start practicing yoga. Keep a journal. Make lists. Visit a family member you haven’t seen in years. Pray the rosary. Become a YouTuber. I’m certain that when you have no job prospects and all that stands before you is a vast wasteland of sand and buzzards, sexual intercourse must seem like a welcome release.

You need to learn from your mistakes, Africans. Grow up and keep it in your pants. It’s your only hope.