The Talibanization of Thought 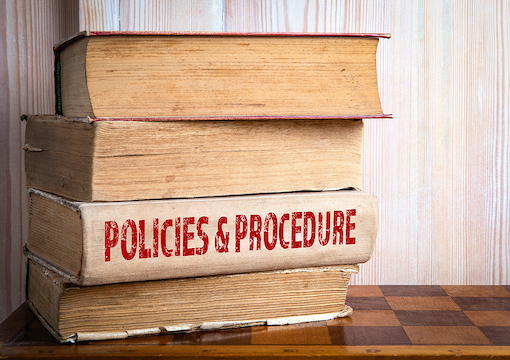 “Sometimes, doctor,” a patient of mine once said to me, “I feel like the little boy with his finger in the dyke, crying wolf.”

That is a pretty good summary of how I feel most of the time. The fact is that there is much pleasure to be had in lamentation, or in being a voice in the wilderness, especially when you derive a small income from it. One comes to rely on, if not actually to love, what one decries.

Fortunately for a person such as I who has an aging brain, they—the lumpenintelligentsia—give us easy targets to attack. One doesn’t have to think very hard before attacking them. Cicero said a long time ago that there was nothing so absurd that some philosopher had not said it, which no doubt proves that absurdity is for all ages, but the question is not whether absurdity has always existed but in what quantity and with how strong an influence.

“If what I hear is true, universities are coming to resemble Maoist reeducation camps.”

In France, a philosopher of my generation, Alain Finkielkraut, has just published a book lamenting the end, not so much of literature itself, but of the literary sensibility. He does not deny that good books are still written, and even sold, but that literature has ceased to form and inform the thoughts of younger people. Their minds have been Talibanized, if I may so put it, such that only a few (intersectional) principles rule their thoughts. If she were not female, and not also Swedish, little Greta Thunberg might make an excellent Taliban: All that electricity currently required to play music might be saved, to the great advantage of the biosphere and other endangered species!

A representative of the Taliban told Reuters that the Taliban had no intention of being democratic, of holding elections, or of indulging any kind of pluralism, and that the political system that it would institute would be that of sharia. Of course, this was rather naive of him: It was assumed that there was only one possible interpretation of sharia and that therefore there could and would be no opposition or dissension from within the Taliban itself. But at least the will to utter uniformity was there: He was a representative for our times.

How has the Talibanization of Western mentalities happened? How is it that so many young people have now adapted Henry Ford’s great dictum (to change briefly the source of inspiration of young intellectuals), that you can have any color you like so long as it’s black, to matters of opinion, such that none other than the sanctioned one may get a hearing? How is it that the Taliban’s example in destroying the statues in Bamiyan was so soon copied by the students in those madrassas of the West known as universities?

The most obvious explanation is the expansion of tertiary education beyond the capacity of those who receive it to derive any mental, spiritual, or even vocational benefit from it. Far from increasing their mental sophistication, this education severely limits it. The numbers following courses in the so-called humanities and social sciences exploded since the 1960s, with the inevitable hollowing out of what a university education meant. All that they are left with is a distorting lens through which to view the world and focus their anger.

It is true that a deception has been practiced on them: In large part, they have been tricked into indebting themselves to pay for their own unemployment. Politicians whose brains are composed of a combination of those nerve centers that exist in lizards’ nervous systems and tinsel encouraged ever-increasing proportions of young people to attend university in the way that the Soviet Union in its propaganda used to boast about ever-increasing production of pig iron. In a world in which procedural outcomes is much more important than real outcomes, where governments set targets and bureaucrats arrange to meet them, usually by legerdemain, it matters not that the students left university worse educated than when they entered.

If what I hear is true (I admit that it might not be, for all my informants are of similar stripe), universities are coming to resemble Maoist reeducation camps. A professor of philosophy at Portland State University, Peter Boghossian, has just resigned his post precisely for this reason. To try to speak the truth, if it conflicts with the latest pieties, a university teacher has to have an alternative career in mind.

It is impossible to put a precise date on a social process such as the degradation of our educational system (other than, of course, the day Eve gave the apple to Adam), but it has now continued for so long that many of the university teachers themselves are just as indoctrinated as the students they indoctrinate. In art schools there cannot be a return to teaching such skills as drawing because the teachers themselves were never taught them and therefore cannot teach them in their turn. The best they can do is denigrate them as retrograde or reactionary.

The Taliban have a ministry for the suppression of vice and the promotion (or imposition) of virtue. I think that they could find many suitable civil servants—and no doubt executioners—in our universities. We produce them, in fact, by the thousands. Of course, there are some slight differences: The Taliban want women to have as many children as possible, while our students are so anxious about the fate of the planet that they think it immoral to bring children into the world. They will only consume and thus contribute to the extinction of even more species of amphibians. (Actually, I am very fond of frogs myself: I find them very beautiful.)

Thus the world has completely gone to the dogs and there is no way back. And yet, mysteriously, I still enjoy life and even manage to find congenial company. When I go into a bookshop, I find that there are even now more good or interesting books being written than I would be able to read in a hundred lifetimes. That is why I sometimes feel like the little boy with his finger in the dyke, crying wolf.