The Temptation to Resent 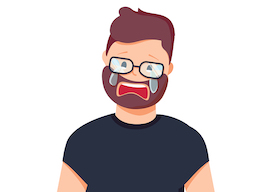 Other than sheer hatred, resentment is by far the strongest and most important of political emotions, compared with which mere benevolence is feeble indeed. Resentment can (and often does) last a lifetime, and it has the enormous psychological benefit of persuading him who feels it that nothing of importance is his own fault. Even if he has done nothing to improve his own situation, he can persuade himself that he has done all that he can; which, fundamentally, is nothing because of the injustice that he has suffered.

This is not a constructive way to approach the world, for the only things that assuage (though they do not extinguish) resentment are revenge and cruelty. This is not to say, of course, that resentment is never justified or understandable, for injustice and oppression are frequent, and insult is often added to injury. They are part of the fabric, so to speak, of human existence, and it is probable that no one entirely escapes them in the course of his lifetime. Everyone, therefore, has a reason to be resentful—if he wants to be.

One of the most powerful stimuli to resentment is something that might at first sight seem arcane because most people have never heard of it, namely historiography; not history in the sense of being what happened in the past, but the overall scheme of history, usually very simplified, that people carry around in their minds and warm up, like yesterday’s stew, whenever they feel it necessary. Ideologues and political entrepreneurs—those who make or restore their fortunes by raising the false hope of others—usually seek to instill their simplified version of history into those they want to be their followers, the better to stoke their resentment and cause them to desire the liberation that the entrepreneurs claim that only they can bring.

“One can behave badly when one is an activist and claim that it is for the ultimate good of humanity.”

Gibbon famously said that history was nothing but the record of the crimes and folly of mankind, which at first sight might seem a siren call to universal resentment. In fact, Gibbon, having been an ironist, meant no such thing, for if crimes and folly are mankind’s universal heritage, they are the consequences of its nature, and therefore resentful indignation against any particular part of mankind is likely to be expressed for selfishly instrumental reasons, that is to say for personal or group advantage and advancement by political means.

This may all seem somewhat abstract, obscure, or insignificant, but actually (at least in my opinion) it is of the greatest significance. We should always remember—or never forget—what Keynes wrote:

Practical men who believe themselves to be quite exempt from any intellectual influence, are usually the slaves of some defunct economist. Madmen in authority, who hear voices in the air, are distilling their frenzy from some academic scribbler of a few years back.

In like fashion, jihadists born and raised in the West have a version of history in their minds that inflames them and causes them a pleasant frisson of indignation. According to this version, they are the legatees of victims (never, of course, of victimizers), and therefore honorary victims themselves, so to speak; in fact they are the aristocrats of suffering, their suffering is hereditary. And this absolves them in advance from blame for anything that they do.

Of course, a legacy of suffering is common to much of mankind. Peasants, coal miners, persecuted religious minorities—it is probable that practically everyone can find external circumstances that caused the suffering of his or her ancestors.

Even resentment—sour, unpleasant, and frequently dishonest emotion though it is—does not by itself preclude constructive engagement in or with the world. What is needed to make resentment politically catastrophic is the belief that the person who resents is in possession of the key to human history or knows how everyone else should live and is willing to enforce compliance.

A resentful person may yet be successful in the conventional sense. He may, for example, work very hard in order to prove to the world that he is a better man than it, the world, has hitherto taken him to be. But success even on an immense scale may not entirely or even partially diminish his resentment; and surely there are many cases of men of great worldly success who have remained as bitter as ever they were, though their lives were a complete refutation of the supposed cause of their bitterness. But what distinguishes them from the unsuccessful or unproductive resentful is their willingness to engage with the world on its own terms and often to make a deliberate effort to control, limit, hide, or compartmentalize their resentment. Whatever their innermost feeling, they do not make it the central motive of their practical dealings, and it is probable that their resentment will die with them rather than be passed on to succeeding generations.

When, by contrast, resentment, often the consequence of an ascription by others (real or imagined) of inferiority, is combined with a belief that the person who resents is also superior to those who he thinks disdain him, and that he has been specially vouchsafed by history or by God the Truth about the world and the mission to enforce its teachings, the scene is set, at least potentially, for a violent or psychopathic denouement. Such a person becomes an evangelist for resentment and tries to convert others to this easily provoked but not easily suppressed emotion. Teaching others to resent is one of the ways in which the resentful man persuades himself of the rightness of his own feelings.

One of the rewards (if that is quite the word for it) of resentment is its justification of mental sloth, for it convinces the resentful that they have grasped the fundamental nature of reality without the need for further thought. And in any case, why be effortful if all your efforts be doomed in advance by the forces ranged against you? Success in the conventional sense usually comes only as a result of dogged and persistent effort, which is not everybody’s natural taste, especially when (as in modern conditions) he can get by without any effort at all, and when it is not in any case guaranteed to be successful. By contrast resentment never fails and political activism, or what is claimed to be such, is exciting and gives the illusion of higher purpose, which more constructive but everyday activities do not. One can behave badly when one is an activist and claim that it is for the ultimate good of humanity.