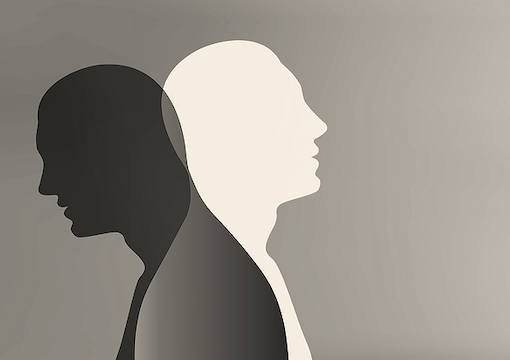 It is difficult enough for people to say what they mean, but it is even more difficult, at least for some of them, to mean what they say.

Moreover, some people neither say what they mean nor mean what they say, but mean something else entirely by their utterances that has almost no connection with the usual meaning of the words they use. This complicates human communication terribly, and listeners are often tone-deaf, so to say, to what the speakers are trying to convey. This is something that the president of Princeton, undoubtedly a very clever man, is now learning to his cost. Some literal-minded fool—unfortunately for him, the Education Secretary of the American government—has made the most elementary mistake, that every schoolboy or -girl who is taught literature is told never to make, namely that of identifying a fictional character with the character of its author.

The fictional Dr. Eisgruber says, or writes, things like the following:

Racism and the damage it does to people of color persist at Princeton…. Racist assumptions from the past remain embedded in structures of the University itself.

You would have thought that any fool could have seen that these words corresponded to no thought or feeling in the mind or guts of the real Dr. Eisgruber, who was only playing the part of the fictional Dr. Eisgruber whose words were written for him and who therefore had no choice but to utter them. Alas, Betsy DeVos, the Secretary of Education, obviously didn’t study literature at school and fell straight into the trap of confounding the two Dr. Eisgrubers. Hence her demand that Princeton prove that the fictional Dr. Eisgruber was not speaking the truth, on pain of losing and having to repay federal funding.

“One should not be too hard on poor Dr. Eisgruber (the real one, I mean). He is, after all, only the product of social forces.”

Betsy DeVos’ mistake is easily made and she is not the first to make it, nor will she be the last. For example, some years ago there was a play in Paris about the imprisonment of Napoleon Bonaparte on the island of St. Helena. During his imprisonment, his jailer was the unimaginative martinet Sir Hudson Lowe. The actor who played the part of Sir Hudson Lowe was attacked by furious playgoers as he left the theater after the performance, as if he actually were Sir Hudson Lowe and himself had been personally vindictive toward the sainted emperor.

How much easier, then, would it be to confuse the real Dr. Eisgruber, that is to say the distinguished scholar, feted academic, and good family man, with the fictional Dr. Eisgruber, the marionette who repeats words put into its mouth.

Surely, again, any reasonably sophisticated person would have understood (decoded, to use a word beloved of certain kinds of academics whose subject is always qualified by the word studies) what the words repeated by the fictional Dr. Eisgruber meant: They meant one of two things, or possibly a little of both. They meant “Look at how good the real Dr. Eisgruber is, how broad-minded, how generous-spirited, how truly egalitarian”; or in the alternative, as lawyers put it, “If I say these things, will you leave me alone to get on with my prosperous, comfortable, and privileged life without interference?” Cognitive dissonance being the means by which the human mind can hold two disparate and contradictory propositions in the mind at once without rejecting either, Dr. Eisgruber—I mean the real Dr. Eisgruber, whose thoughts have meaning—was not forced to choose. He could be generously pusillanimous or pusillanimously generous without ill conscience.

One should not be too hard on poor Dr. Eisgruber (the real one, I mean). He is, after all, only the product of social forces. When you come to think about it, there are millions of Dr. Eisgrubers all over America, pulling down statues, shooting policemen, defecating in the streets, expressing (in their own small way) Eisgruberist sentiment—I mean the sentiment of the fictional Dr. Eisgruber. If they do so in less genteel fashion than he, one must remember that they didn’t have either of the two Dr. Eisgrubers’ advantages.

There is, however, a danger in Eisgruberism, the predominant, or at least most influential, ideology of our time, a danger that is both social and personal. I will refer only to the latter.

As any psychiatrist will tell you, people who fake madness for long enough end up mad for good and all. A fake becomes what he fakes. This is hardly surprising; everyone knows that habit becomes character.

In other words, like Frankenstein’s monster, the fictional Dr. Eisgruber will take over the real Dr. Eisgruber, and may indeed already have done so. It will now be very difficult for him, the real Dr. Eisgruber, to retract or withdraw what he said, and since he is not an out-and-out villain, but a decent man, he will have now to persuade himself that the fictional Dr. Eisgruber was right all along. He cannot now say, “Well, actually, chaps, I didn’t really mean that Princeton was racist, or that students should from now on study Azande literature rather than French, or that the university orchestra should henceforth play Twa music rather than German.” He can’t say it because if he were to say it, he would surely have to be dismissed. No one would support him, neither those in favor of politically correct orthodoxies nor those opposed to them.

The latter should not rejoice too soon. Seemingly to have won an argument is not to have won anything else, and rationalization is in any case hydra-headed. One should not forget that the educated part of society is now largely comprised of Dr. Eisgrubers.