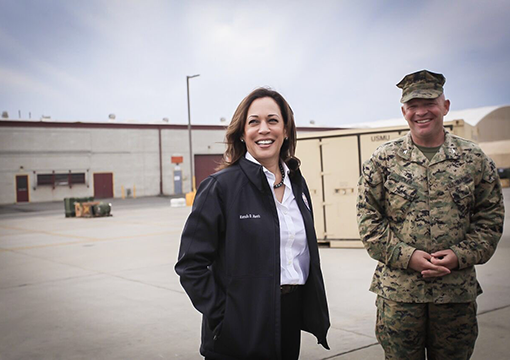 The Week’s Most Porcine, Unclean, and Obscene Headlines

WHY WE SHOULD ALL KEEP MISPRONOUNCING “KAMALA”
Joe Biden promised the nation that he would pick a colored woman as his running mate, and now that he has fulfilled his promise, people are acting as if it’s racist to notice that his running mate is colored.

How these people hold so many contradictions in their heads without their skulls exploding is a true marvel of nature.

The lady’s name is Kamala Harris, and she’s not even really black. Her dad was a light-skinned Jamaican and her mom was a dothead, and their spawn is so light-skinned that she fails the brown paper bag test, which is the commonly accepted scientific method of determining someone’s blackness.

If your first instinct was to pronounce her name like that of Kamala the pro wrestler—who, as fate would decree it, was really named James Harris—this is only evidence that you are a racially tolerant fan of pro wrestling. Pronouncing it as “Kuh-MAH-luh” merely shows that you are neither sexually nor racially threatened to see big fat smelly black dudes with floppy man-boobs thrashing around the ring with big fat smelly white dudes with floppy man-boobs.

But according to the Democrats, mispronouncing her name—which she insists is enunciated as “comma-luh,” you are only announcing before the world that you are a white supremacist racist who pours the blood of aborted black fetuses onto your breakfast flakes.

Forget about how only months ago, Miz Kamala was slamming her senile running mate as a racist and a rapist. Forget the fact that she probably has teeth in her vagina. Most importantly, forget that just like Barack Obama, she shares no ancestral lineage with the black American descendants of slaves who still consider themselves unfortunate for living in places such as Minneapolis and Kenosha rather than Mogadishu or Harare.

We’re supposed to respect the fact that her parents came to this country in order for her to one day attempt to destroy it.

Just like Harris, Fatima Goss Graves is another mulatto female who seems to have made a living pretending she’s as black as a lump o’ coal. And even though she’s visibly overweight, she sees it as a racist microaggression when people pronounce her name “FAT-ih-muh” rather than “Fuh-TEEM-uh,” which is how she insists people say it.

Mispronouncing “Kamala,” even if innocently done, “is an effort to diminish her,” Fatima says. “It’s designed to signal difference.”

Wait—wasn’t “difference” the main reason she was selected?

“When people are running for the highest levels of government, there’s an expectation they will be afforded with dignity and respect,” Fatima adds.

Right—she deserves every bit of respect and dignity your ilk have afforded Donald Trump for the past five years.

FAR-RIGHT GROUP DOES FAR-RIGHT THINGS AT PEACEFUL PROTEST IN PORTLAND
Yea, it is a topsy-turvy upside-down world when an official police department press release follows the laws of journalism with far more rigor than the hacks at a major newspaper do.

But that’s exactly what happened last week when you contrast the coverage of a political skirmish in Portland between Proud Boys and Antifa.

The Portland Police Department’s press release about the event was astoundingly unbiased, almost as if a dispassionate robot had written it. It doesn’t mention either group by name, only that they fought and eventually dispersed. It even relayed this bit of information without tittering:

Officers located a bucket containing condoms filled with an unknown liquid substance and a water bottle with what appeared to be urine along with several shields staged near the park at Southwest 4th Avenue and Salmon.

On the other hand, The Sun accused a Proud Boy of pointing a gun at Antifa while neglecting to mention it was a paintball gun. It noted that a white Proud Boy attempted to punch a black man, but it failed to mention that video shows more than one black man attempting to punch white Proud Boys. It cited an unsourced and easily discredited allegation from a black pastor in Kalamazoo that Proud Boys are founded on Jew-hatred, despite the fact that the group bends over backwards not to criticize Jews. And then it ends with a barrage of smears by the Southern Poverty Law Center, a reference to Charlottesville (which former Proud Boy leader Gavin McInnes openly disavowed prior to the event), and the usual lumping-in of the KKK to describe a group that’s actually led a black dude named Enrique. And like nearly every other mainstream media organization on the planet, it entirely misrepresented Donald Trump’s quote about there being “very fine people” on both sides at Charlottesville.

RIOT OF THE WEEK
Don’t you just love all these riots that have been happening? It’s clear that justice will not occur until black people and their white enablers have burned down every building and then killed all the white people, including those that enable blacks. The white enablers will be the last to go, but they don’t even realize it. Or, hey—maybe they do realize and it seems like the best of all possible deals to them.

“How these people hold so many contradictions in their heads without their skulls exploding is a true marvel of nature.”

Last week’s Super Big Mega Riot happened in the town of Kenosha, WI, which is basically a restroom stop between Chicago and Milwaukee for black families traveling north to take advantage of the better welfare that Wisconsin provides.

Apparently some black guy named Jacob Blake, who was arrested in 2015 for pulling a gun at a bar and—surprise, surprise—resisting arrest, was wanted on felony warrants for domestic abuse and rape when police encountered him and—we know, sounds crazy—he started resisting arrest again. A viral clip shows him running away from two white policemen and leaning into his car, at which point he is shot in the back seven times. Blake was wounded and possibly paralyzed but survived the shooting. Audio from the event shows that police kept yelling at him to drop a knife. There is also a suggestion that he was reaching into his car to grab a gun. But the truth is, just as in all these cases, he wouldn’t have been shot if he didn’t actively resist arrest.

Predictably, the city of Kenosha started burning. Then a couple days into the riot, a 17-year-old white male shot three “protesters,” killing two of them. Initial reports stated that his victims were black. As luck would have it, all three of them were Jewish felons, and all three of them are on videotape attacking the gunman—one of them got his bicep blown clean off his arm while that arm was holding a handgun in violation of his felony status.

Interestingly, the next night was the first night since late May that there was no rioting in Portland. Should people have started shooting at rioters earlier?

Naturally, Jewish people are upset, and since they still haven’t gotten over the Holocaust, ignoring their feelings or suggesting that the Holocaust obviously didn’t finish the job it set out to accomplish would be highly inappropriate.

FOR THE LOVE OF PETE, LET THE BLACKS HAVE THEIR FLAVORED TOBACCO
Is flavored tobacco a tool of white supremacy? Or is it simply a lifestyle preference for people of color that white supremacists seek to deny them?

Frankly, we don’t know, and at this point we don’t even want to know.

All we actually know is that the tobacco industry has issued an ad supporting Senate Bill 793, which would ban the sale of flavored tobacco in California arguing that since it is unhealthy and disproportionately harms people of color, it should be banned.

On the other side of this insipid debate are actual colored people who represent organizations with “Black” or “African” in their names who resent this capitalistic and white-supremacist intrusion on People of Color’s attempts to give themselves lung cancer with metholated cigarettes and watermelon cigars. There is the usual hyperbolic hysteria about blood money being made on the backs of dead African Americans, and you wind up wondering at what point these people will finally shut up and eat a sandwich.

They’re making it REALLY hard to like them these days.

FRENCH WOMEN PUT THEIR TOPS BACK ON
It’s a well-known fact across the globe that French people don’t wear deodorant and that French women don’t shave their armpits—which is so disgusting, it almost makes you wish they had lost both World Wars.

France has also persecuted the finest female specimens that moldy nation’s loins ever spurted forth, Miss Brigitte Bardot, for daring to speak the truth about how mean Muzzies are to animals.

And as recently as 1984, an estimated 43% of French females chose to sunbathe topless. Now that quotient has dipped to below 20%. And the usual suspects are blaming fascism and sexual repression and Saudi Arabia and the United States. But when they actually bothered to ask French women, their answer was that they were increasingly worried about sexual harassment and even rape in the new and supposedly enlightened France.

Apparently these Vichy collaborators didn’t get the memo that progress can only come when French women welcome being raped by refugees from former French colonies.