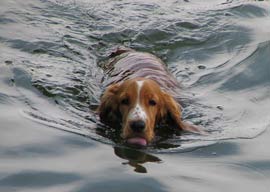 The Week’s Most Defective, Subjective, and Corrective Headlines

DOG ACCUSED OF RACIST HATE CRIME
Since “hate” is an entirely subjective term, it should never be used in legal proceedings. However, since most people are so stupid and emotional that they can’t tell the difference between feelings and facts, we live in a world where many once-great nations have abased themselves by acting as if “hate” is a crime—and in England, all that’s necessary is for a victim to have perceived hateful intent directed against them, and BAM!—you’ve got yourself a hate crime! Everyone should know by this juncture that hate-crime victims know what you meant, even—or especially—if you don’t.

London’s Metropolitan Police were too busy chasing hate crimes in 2015 and 2016 to put much of a dent in the Muslim Rape Crisis or other such trifles. They recently released a 118-page report detailing 2,507 “hate incidents” over those two years, and holy smokes, are there some doozies:

• “An unknown dog has fouled outside of victim address and victim perceived this to be a racial incident.”

• “Witness has had parking issues with her next-door neighbour, their children apparently throw stones and balls over the garden fence. Witness has recently found a dead rat in garden and perceives this to be racist.”

• “Informant feels his daughter was subjected to racial discrimination at a tennis match where line calls went against her.”

We had hoped we’d never have to say this, but there seems to be no hope for England. They ruled the world 100 years ago and then went bad.

SPREADING HATRED THROUGH YOGURT AND BURRITOS
Pity anyone in any service job anywhere in the United States who has to deal with black customers—not because so many of them are charismatic and funny and outgoing, but because many others among them are intransigently unpleasant customers who have apparently signed a blood oath to make every last white worker wish they’d picked their own cotton.

Earlier this year, Starbucks essentially signed its own death warrant by capitulating to a pair of angry black customers in Philadelphia who insisted on the right to loiter and use the bathroom without buying anything. Expect these sort of juvenile shakedown tactics to be the leading growth industry in the black employment demimonde.

“There seems to be no hope for England. They ruled the world 100 years ago and then went bad.”

In Washington State—a place that is extremely white and has been taught to hate itself for it—a black man named Byron Ragland is being depicted as a “victim” because he’d been asked to leave after sitting around in a yogurt shop for a half hour without ordering anything, when everyone and their mother knows that black people simply don’t eat yogurt.

Reps for the local NAACP returned to the yogurt shop to raise a big black stink with Ragland, claiming that being kicked out of yogurt shops is “the black community’s story.”

It wasn’t enough that the yogurt shop’s owners as well as the freakin’ local police apologized for kicking a skinflint loiterer out of what we’re sure was an otherwise tasteful and clean yogurt shop. No, Ragland says he wants heads to roll—in fact, he used terminology that was downright genocidal and violent merely for being asked to leave a yogurt shop, which makes one wonder if all those things they say about the African American community and poor impulse control were correct all along:

I think we need to make sure [store owner] Ramon Cruz is unable to renew his business license here. And when the lease for this store is up, we need to make sure that Byron Ragland has the capital and resources to purchase this Menchie’s and the two other restaurants he owns in this community. That would be a good place to start. That would make me feel a little bit better….I say you cannot allow white supremacy to scurry away in the corner and lick its wounds and regroup. You got to keep your foot on white supremacy’s neck. You got to grind your boot into white supremacy’s throat until you hear it stop breathing. And when it’s looking up at you begging for mercy, you show it none. Because over the last 400 years, it hasn’t shown you any.

Would it be out of line to suggest that someone might need to break his crack rocks in half next time?

In St. Paul, MN, a manager of a Chipotle’s has been rehired after it emerged that she had not engaged in racial profiling of a group of young Arab males. She is shown on video telling the group that “you gotta pay because you never have money when you come in here,” which would suggest to someone who wasn’t a raving ideologue that she’d had prior experience with this crew, and that they in fact had bragged publicly before of dining and dashing.

Instead, these young Ay-rabs twisted her honorable intention in protecting her store’s bottom line into a racist hate crime, and they made themselves black in the process:

can a group of young well established African American [sic] get a bite to eat after a long workout session?

Of course you can—but you have to pay, just like she said and just like everyone else has to pay.

Sometimes it seems like they were happier when they were starving.

FBI: PROUD BOYS ARE AN “EXTREMIST GROUP”
Even though former Taki’s Magazine contributor Gavin McInnes has bent around backwards to the point of giving himself a reacharound to insist that his Proud Boys fraternal organization is multicultural and aggressively Jew-friendly, nuance is a word unknown to the modern left—a group which apparently now includes the FBI, which has reportedly classified the Proud Boys as a group “with ties to white nationalism.”

The news emerged after an FBI document was publicly read at a police precinct in Clark County, WA. Despite the fact that Gavin basically screamed himself blue in the face distancing himself from the disastrous “Unite the Right” rally in Charlottesville on August 12, 2017, the FBI sheet allegedly reads, “Proud Boys members have contributed to the recent escalation of violence at political rallies held on college campuses, and in cities like Charlottesville…”

Last week Gavin publicly stepped down from his role as founder of the Proud Boys in a move that some see as a legal maneuver to protect members of the group that were arrested in Manhattan late in October.

FORCING AUTISTIC KIDS TO CHANGE THEIR GENDER
A whopping grand total of seventeen children are reportedly in the process of changing their gender at a single British school, and critics say a culture of censorship surrounding “transphobia” as well as a cult of popularity surrounding transgender children at school—they seem to get bullied if they’re gay, whereas they get party invitations if they’re transgender—enables the whole daffy mess. According to authorities, the official policy is that if a student wants to magically transform into the opposite sex, teachers are instructed to hide this fact from the child’s parents. According to Conservative MP David Davies:

Parents are not told about this and there is no way of challenging these pupils who are convinced by others that they have a problem they almost certainly do not have. Tragically the end result could be irreversible surgical procedures. This is scandalous.

According to one teacher, autistic children are particularly vulnerable to being “groomed” into the transgender lifestyle—a lifestyle that we are encouraged to celebrate despite the fact that post-transition trannies experience stratospheric suicide rates.

In tranny-related news on the west side of the Atlantic, the US Department of Health and Human Services has proposed something revolutionary—defining someone’s sex based on their genitals. We know it sounds weird, but they’re actually going to try to push this through. However, a writer for Nature says that this is “a terrible idea that should be killed off.”

We propose a saner solution: Let’s kill off this idea that men can become women and vice-versa.

ANTI-SEMITIC TRIGGER WARNINGS URGED FOR BIBLE AND QURAN
We hear a lot about America’s Judeo-Christian heritage despite the fact that none of the Founding Fathers were Judeos, but this term is not only inaccurate, it is also implicitly hostile and unwelcoming toward Islam. Together the three faiths are properly known as the “Abrahamic” religions.

Of the three Abrahamic religions, you get no prizes for guessing which one has leaders that want to tell the other two religions to insert trigger warnings in their holy books.

Jewish leaders, upset that the Holy Bible and Quran say some not-so-very-nice things about the Tribe, are sounding their Shofars of Outrage and demanding that these books containing warnings about when the reader is coming up on a particularly Jew-hostile passage.

The recommendations are made in a document called “An End to Antisemitism! A Catalogue of Policies to Combat Antisemitism”:

Translations of the New Testament, the Qur’an and other Christian or Muslim literatures need marginal glosses, and introductions that emphasize continuity with Jewish heritage of both Christianity and Islam and warn readers about antisemitic passages in them….While some efforts have been made in this direction in the case of Christianity, these efforts need to be extended and made consistent in both religions.

Pardon us ever so much for thinking this sounds just a wee bit pushy. And maybe you wouldn’t all be going to hell if you hadn’t rejected the Messiah. Just a thought. Don’t get upset. Like you’re always telling us, there’s already far too much hate in the world.