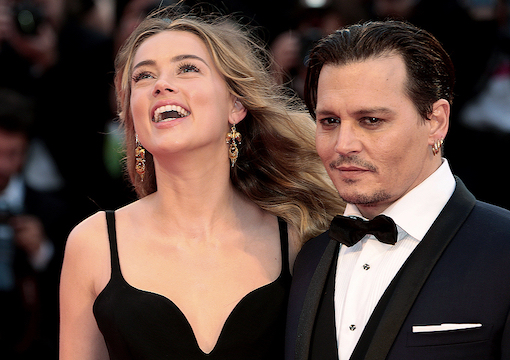 The Week’s Most Stammering, Hammering, and Flimflammering Headlines

DENNIS THE FELONIOUS MENACE
A few weeks ago, The New York Times ran an op-ed advocating for the national voting age to be lowered to “zero.” From the time a baby is born, parents should be able to vote for the child. And then once youngsters become old enough to fill in a ballot, they can do it themselves.

Hey—that might be the only way to get Democrats to stop advocating abortion. “Every baby born is a new Biden vote!”

Andrew Yang (a.k.a. “the one Asian-American who does not succeed at everything he puts his mind to”) advocated lowering the voting age to 16 during his failed NYC mayoral campaign. That he did so as roving gangs of teens were terrorizing the city just proves that every bell curve has its ass-end.

Sadly for Yang, the Times, and Joe Biden, a recent Harris poll noted that a staggering 84% of Americans are against lowering the voting age (including 78% of Democrats).

And gosh, you gotta wonder why that Times op-ed was greeted with such disfavor. Maybe it has something to do with the 16-year-old who was in the news last week for running over a half-dozen bicyclists while trying to “roll coal” on them (apparently, that’s a thing among teens. It involves purposely accelerating to blow exhaust into the faces of cyclists).

The previous week a Washington State teen driver just two months shy of her 16th birthday killed a jogger because she thought it would be hilarious to “bump” the poor guy with her car to scare him as a prank.

Considering the headlines generated by those two stories, this was probably not the best week for the NYT to call for child voters. But then, it’s The New York Times.

LANCET, A BOIL
The Lancet is arguably the most venerable peer-reviewed medical journal in the world (ranking far ahead of Uganda’s top scholarly medical publication, Demons Dey Make da Sick). Last week, The Lancet decided to adopt a new editorial policy in which women would no longer be mentioned when discussing matters of the female anatomy.

In a cover story about menstruation, The Lancet replaced “women” with “bodies with vaginas.”

Of course, The Lancet chose its words to be “inclusive” of the “transgender community.” Still, for some odd reason, actual women became rather irate at being reduced to “bodies with vaginas,” which sounds like the kind of thing even Al Bundy would rebuke as sexist. The backlash was fierce enough to elicit a response from Lancet editor Dr. Richard Horton. Horton posted a “sorry but not sorry” statement apologizing to readers who were offended while still defending the terminology choice because “trans people regularly face stigma, discrimination, exclusion, and poor health.”

One issue that Dr. No Women neglected to address is why The Lancet is using the term “bodies with vaginas” to refer to women but not “bodies with penises” to refer to men. Like in a 2020 article that stated, “Tuberculosis of the penis is the rarest form of genitourinary tuberculosis. It is commonly seen in immunocompromised men.”

Shouldn’t that be “immunocompromised bodies with penises”?

Or this one: “Ritual circumcision complicated by gangrene is a leading cause of penile loss in young men in South Africa.” That’s not just transphobic, it’s racist! The Lancet seems to think that South Africa is not enlightened enough to have women with penises.

And this one from May, which detailed “the efficacy of male human papillomavirus (HPV) vaccination against the prevalence of high-risk HPV infections in young men.” Oh, so the male vaccine is only for men? Women with penises shouldn’t get vaccinated too? That’s not just anti-trans, it’s anti-vaxx, which is literally the worst thing you can be today.

Because of The Lancet, our emergency rooms are overburdened with unvaxxed dirlywanger women infected with STDs because they didn’t take fifteen days to slow the spread legs.

UP FROM THE DEPPTHS
Not every victim of “cancel culture” is completely blameless.

British defamation law is generally stacked in favor of the plaintiff. Unlike in the U.S., where a plaintiff has to prove not just falsehood but “actual malice,” in the U.K. the standard is far lower, and the burden of proof falls on the defendant (i.e., the defendant has to prove that they didn’t defame the plaintiff). See 1978’s Little Old Bald Man v. Benny Hill for an example of relevant case-law.

In response to a tidal wave of what’s become known as “libel tourism” (foreigners suing in U.K. courts because of the lax rules), British judges have become quite unfriendly to people—especially Americans—who engage in the practice.

“How dare a woman of African descent think she can speak freely about Africa! The absolute gall!”

Poor Johnny Depp should’ve known that. Depp, a delicate, drunk (former) A-lister who married a bimbo 23 years his junior only to express shock when she turned out to be an impulsive, violent, childish brat (who could’ve seen that coming?), had the kind of marriage that resembled a Three Stooges short—lots of slapping, nose-twisting, and eye-poking.

In 2018, Depp traveled to London to sue a tabloid for labeling him a “wife beater,” and the irate judge decided to “reward” him by ruling that Depp is indeed officially a wife beater. Right or wrong, that verdict allowed studios to drop Depp from a whole bunch of movies that likely would’ve sucked anyway.

So last week, there was Depp at the San Sebastian Film Festival complaining about “cancel culture” and ruing his “cancellation.”

Fair enough; his fall from A-list to F-off was unjustly swift.

But maybe there are lessons here beyond “Cancel culture sucks.”

Like, don’t marry a child and expect a mature relationship.

And British judges are sick of hearing these cases and they’ll do you up a treat if you trouble them with your petty crap.

Also, when you’ve spent your entire career doing the same pursed-lip Chaplin routine, people might not react with sympathy when your child bride punches your eminently slappable face.

DEFUND THE MORALITY POLICE
They were a fixture of Khomeini’s Iran: the morality police—roving caravans of virtue inspectors looking to fine or arrest women for showing too many “naughty bits” (“naughty bits” defined in Iran as hair follicles and elbows). In pre-9/11 Afghanistan, the Taliban took the whole “morality police” thing to rather extreme heights. No fines or arrests, but rather a rock to the head or noose around the neck for women who dared to show the really naughty bits (noses and chins), or for men who were clean-shaven, or for anyone listening to Western music (except for S Club 7; the mullahs really dug those crazy kids).

Now that the Taliban is back behind the wheel (an unknown idiom in a nation with no working automobiles), the morality police are back as well…but with a new Dirty Harry attitude. Taliban leaders have defended a recent spate of low-tech lynchings by telling the Western press that the people they’ve hanged are dastardly criminals—thieves, rapists, murderers.

It’s not a bad strategy. Considering that the Democrats who presently control the White House, Congress, and dozens of statehouses in the U.S. are flooding the nation with violent criminals, and seeing how most U.S. cities are suffering under skyrocketing violent crime rates, the whole “We’re a bunch of Charles Bronsons out to clean up the mean streets of Kunduz” routine might be enough to win the sympathy of a significant number of Americans.

It all sounds like a great idea for a TV cop show (if Afghanistan had TV). Taliban P.I. (Pashtun Imam), a rogue cop who plays by his own rules and gets the job done even if it ain’t pretty.

Angry Black Police Chief: “Dammit, Taliban, I got the mayor and the whole city council breathin’ down my neck! You gotta start goin’ by the book; you’re ruffling too many feathers.”

Taliban (tight-lipped, through gritted teeth): “You tell the mayor that feathers are for chickens…like him.”

Could be a great show. And apparently Johnny Depp is looking for work, so he might do it for scale.

DYING EMPIRE, HONEST AFRICAN
The worst thing about being a leftist white savior fighting to give a voice to the poor disenfranchised coloreds is that sometimes the damn coloreds use that voice to say stuff you don’t like.

Olukemi Olufunto “Kemi” Badenoch (born in London to Nigerian parents) is a rising star in the Conservative Party. As Boris Johnson’s Minister of State for Equalities, Badenoch has pushed for the end of critical race theory (and other antiwhite racial pseudosciences) in schools, an end to “defund the police” rhetoric, and an end to “tranny acceptance.”

Naturally, England’s good leftist whites have been trying to get Badenoch kicked out of government, because sometimes you have to destroy a black to prove how much you love blacks.

Last week, dozens of leaked Badenoch WhatsApp messages were published by Vice, including one in which she dared to say that “African societies had been unequal before the arrival of the European powers,” Africans “never had any concept of rights” before European colonialism, and Africans who suffered under colonialism were “old elites not everyday people.”

How dare a woman of African descent think she can speak freely about Africa! The absolute gall!

Badenoch also wrote that trannies are nothing more than “men using women’s bathrooms.”

Screw England; send this woman to the U.S.!

Leftist Brits continue to try to silence Badenoch for the crime of thinking while black.

It’s an irony that the people who are pulling down the statues of Cecil Rhodes are the ones who most embody his spirit.