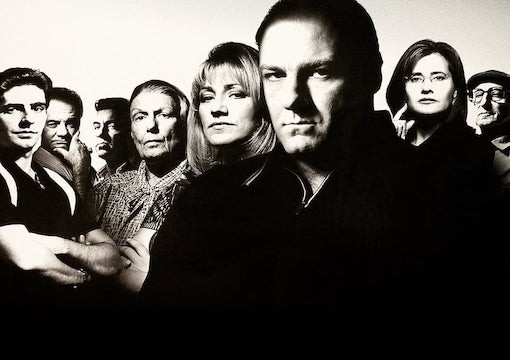 The Week’s Most Twisted, Delisted, and Ham-Fisted Headlines

After all, this is a guy who claims that the only two good Coen brothers films are Hudsucker Proxy and Ladykillers. Which means that if he’s not parody, he’s certainly mentally ill.

Armond White is a two-word answer for why National Review sucks. He represents the conservative pathology of attacking art while ignoring policy. If only NR’s writers and editors hated open borders, dysgenic demographic replacement, and endless neocon wars as much as they hate “depraved” movies and TV shows.

Last week, White reviewed the Sopranos prequel The Many Saints of Newark. And he made it clear that the real reason for America’s decline is not unfettered immigration or globalism, but “culture destroying” content like The Sopranos and The Wire. His review of Many Saints links the popularity of Tony Soprano to the rise of the Clintons, the DNC, communism, and atheism. That he uses the term “sheeple” unironically to describe Sopranos fans merely underscores the question of whether this dude is having us on.

He concludes his review by stating that “Many Saints is a movie for RINOs.”

This from a guy who works at RINO HQ.

It may not be parody, but if it is, give this guy a Pulitzer for doing it so well.

THE ANTIWHITE RINO (SADLY, NOT EXTINCT)
Speaking of actual “RINOs”…

The Kochs know what’s good for America: low taxes on billionaires, and a Republican Party that understands that low taxes on billionaires is the only thing to focus on. And as for those filthy lowlife white working-class blue-collar voters who used to (and in theory still could) comprise the GOP base? Here, take this tricorn hat and march back and forth at a “tea party” event, Gomer. Occupy your small trade-school mind with patriotic songs, and leave matters of policy to those who matter.

The Kochs, well-known super-funders of GOP causes, the people who financed that amazing “Boehner revolution” in 2010 that cured the nation’s ills and forged a new era of American greatness (DISCLAIMER: The preceding statement has not been fact-checked), have now waded in on the “Critical Race Theory” controversy.

And how do these “libertarian/conservative” industrialists, frackers, and air-polluters feel about CRT?

Because you can’t have non-billionaire whites feeling like they have any value. A blue-collar white with self-worth might actually balk at supporting a party that doesn’t support him.

Last week Evan Feinberg, executive director of the Koch-funded Stand Together Foundation, announced that Koch money stands in alliance with schools that teach the “white people are evil” ideology, because brainwashing white kids into thinking they suck “helps drive social progress.” While stressing that the Kochs don’t necessarily agree with CRT, they’re against banning it from schools, because kids deserve access to “new ideas.”

No word on whether Mr. Feinberg is also in favor of public schools teaching the Nation of Islam’s “new ideas” regarding Jews.

Money from the Koch network has also gone toward George Soros-style “criminal justice reform,” because what’s the point of demoralizing whites if you can’t then subject them to a torrent of violent crime?

TAKE A MEMO, MISS FEASANCE
Hallelujah! The Germans have finally concluded the most important fugitive manhunt in human history.

“It’s a bit mind-boggling that Democrats think they’ve turned Arizona so blue that all AZ senators should be to the left of AOC.”

They caught a 96-year-old former secretary who once took a memo about a concentration camp.

Whew! The streets of Berlin and Munich are safe again to walk. Well, if you don’t count the rapey Afghan immigrants and the murdery African immigrants and the other assorted terrorists, molesters, and miscreants undercover Stasi commissar Angela Merkel imported during her reign.

But hey, Deutschebags, at least you’re safe from 96-year-old women!

Irmgard Furchner, whose name sounds like an Instagram influencer expressing surprise at IKEA inventory (“errmahgard, furnicher!”), is known as the “secretary of evil” because as a novice secretary at age 18 during World War II she took memos that were dictated by the commandant of the Stutthof concentration camp. So she’s being prosecuted for “crimes against humanity.”

See, as a teenager she took dictation from a bad guy. That makes her the “secretary of evil.”

Last week, Furchner tried to flee her arraignment, momentarily forgetting that 96-year-olds can’t run, climb, evade, crouch, or do anything stealthy. That’s why The Fugitive starred Harrison Ford and not George Burns.

After going “on the lam,” Furchner was quickly apprehended in the Schleswig-Holstein city of Itzehoe (named after the reaction of the town’s first black pimp upon seeing the local harlot).

Because Furchner was 18 at the time of her “crime,” she’s being tried in youth court! So the nonagenarian will be arraigned alongside teen burglars, speeders, and potheads.

To hell with The Producers; this is the best Nazi burlesque ever. Too bad Hollywood’s club of professional comedy writers won’t see the humor in it. Perhaps because it’s funnier than anything they could’ve written.

MANCHIN AND ÜBERMANCHIN
Now that the entire Senate is essentially run by an atheist bisexual from Arizona and a grumpy old man from the state that routinely leads the nation in gunshot deaths of trespassers (West Virginia’s state motto is “Git Off Mah Layand”), Democrats have had to come to terms with the fact that even though the days of Zell Miller (who died in 2018 of colic) and Gary Condit (whose political career was kamikaze’d by a jogging Jew) are long over, they still have to deal with Kyrsten Sinema and Joe Manchin.

Last week, The Hill ran a piece outlining the efforts of far-left Democrats (i.e., every Democrat but Synema and Manchin) to eliminate the term “moderate” from any discussion of the two reviled “mavericks,” in favor of more “accurate” descriptors like “right-wing” and “fascist.”

Oddly, none of the leftists interviewed by The Hill suggested “DINO,” which is odd considering how wildly successful the use of RINO has been in shaming and purging Con Inc. shills from the Republican Party (DISCLAIMER: The preceding sentence may have been sarcastic).

Still, it’s a bit mind-boggling that Democrats think they’ve turned Arizona so blue that all AZ senators should be to the left of AOC.

Give it time, amigos, give it time; you ain’t there yet. There’s still just enough Goldwater in them veins to keep the state slightly reddish. And with California leading the nation in mask and vaxx mandates, there aren’t as many Californians moving to Arizona as in years past (“Did you know that the Grand Canyon isn’t masked up? No way I’m moving anywhere near that cavernous death trap”).

And Manchin? Good God, has the party forgotten that this guy won an election in 2010 by shooting a friggin’ rifle at Obama’s cap-and-trade bill? Like, literally, he shot the bill with a rifle, while swearing to defeat any parts of Obamacare that funded abortion (because in WV, if pregnancies are gonna be terminated, it’ll be by groundwater toxins, hang darnit).

Yet for some reason today’s Democrats are stunned that the guy who Charles Whitman’d Obama’s prize legislation is not 100% on board with their agenda.

That’s the problem when you turn your party over to millennials like AOC (who has no awareness of a world before Skrillex) and Rashida Tlaib (who’s never read a book that doesn’t have “the Protocols of” in the title).

OLD YELLEN
Speaking of Democrat hypocrisy, it seems odd that Democrats rail against “wealth disparity” and rampant “poverty, hunger, and income inequality” while simultaneously suggesting that anyone with $600 in the bank is “wealthy.”

If $600 is the dividing line between rich and poor, then there’s literally no poverty in the U.S. Even the schizo bum sitting in his own filth outside the 7-Eleven is a rich man merely by virtue of his latest Covid stimulus check.

Treasury Secretary Janet Yellen, a Polish-American Jewish New Yorker who almost certainly would’ve been considered too extreme by the Spartakusbund, is currently making the rounds on Capitol Hill pushing Joe Biden’s plan to catch “wealthy tax cheats” by giving the IRS a mandate to monitor every bank account in the U.S. that sees at least $600 in transactions per year.

Yep, all those Rockefellers who have six hundred whole dollars in the bank. Someone’s gotta clamp down on those sixhundredaires.

Biden and Yellen’s drive to squeeze Americans who can afford an entire new couch is being assisted by Office of the Comptroller of the Currency nominee Professor Saule Omarova, an actual Russian communist (as in, literally. As in “I’m a communist from Russia”). Omarova wants to “end banking as we know it,” giving the federal government complete control over the saved money of every American citizen.

To be fair, it’s probably the only way to stop those hundredaires from disproportionately wielding their influence over the economy.

Republicans have promised to block Omarova’s appointment and the $600 monitoring scheme, but that was before The Many Saints of Newark premiered, and National Review reminded the right that evil movies are the real threat to the nation, and since most movies cost more than $600 to produce, bankrupting Americans with that amount saved up is the best way to prevent such culture-destroying films from being made.

And a new era of bipartisanship is forged!