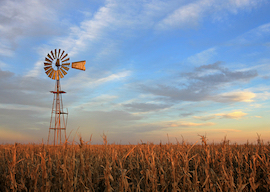 TWITTER’S GRAND INCREDIBLE TRANS DELUSION
If you’re worried about getting banned from Twitter, hard experience has shown us that you can do any of the following and remain unscathed:

• Say Christianity and Christians are stupid.
• Say white men are evil and need to be exterminated.
• Say that all white people who aren’t deeply ashamed of their whiteness are Nazis who deserved to be punched or worse.
• Say that Donald Trump needs to be murdered.

What you can’t say without being crushed by the Twitter Banhammer is that men who say they’re women are actually men.

Self-proclaimed Canadian feminist Meghan Murphy recently found this out the hard way. After being handed down temporary bans for making the following simple statements….

How are transwomen not men? What is the difference between a man and a transwoman?

Murphy was then permanently banned after publicly criticizing Twitter and for using the birth name of a man who now says he’s a woman—a practice known as “deadnaming” that was added to Twitter’s list of verboten hateful practices over the summer.

Writing for The New York Times, a biological male who now calls himself Parker Marie Molloy defies all rules of logic by claiming that preventing people from using someone’s birth name actually enhances free speech rather than stifles it:

As a transgender woman, I find it degrading to be constantly reminded that I am trans and that large segments of the population will forever see me as a delusional freak. Things like deadnaming, or purposely referring to a trans person by their former name, and misgendering — calling someone by a pronoun they don’t use — are used to express disagreement with the legitimacy of trans lives and identities….These are all debates that can, and should, be had in a reasonable, respectful, policy-oriented way.

Mr. Molloy may pretend to be an advocate of free speech in the name of protecting so-called “transgender” individuals” from emotional harm. However, Molloy has actively campaigned to have not one, but two Taki’s Magazine writers fired and deplatformed merely for disagreeing with Molloy’s delusional worldview.

And as recently as 2014, Molloy said the following to another gender-dysphoric soul in a series of private messages:

SHUT THE FUCK UP

GO DEVOTE MORE TIME ON YOUR FUCKED UP OBSESSION WITH A FEW MEAN LESBIANS.

“And where Oxycontin pills fail to do the trick, a bullet to the head takes care of the pain.”

In a sane world, telling a tranny to cut themselves and drink bleach would be seen as objectively more hateful than stating the provable fact that a man who says he’s a woman is still biologically a man. However, stating an obvious fact will get you banned from Twitter, while telling another tranny to commit suicide will get you a gig at The New York Times as a “trans advocate.”

UK SCHOOL ALLOWS STUDENTS TO SKIP EXAMS THEY MAY FIND “UPSETTING”
After students at England’s Sheffield University complained last year of being “distressed and anxious” and “in tears” regarding essay and exam questions that triggered their emotions, university officials have caved like the spineless briny jellyfish they are and are allowing students to avoid any material they might find “upsetting.” According to an official guide, “sensitive and controversial issues” include but are not limited to:

Way to take ALL of the fun out of learning!

University officials were convinced to enact the inane new rule after an open letter by students insisted they shouldn’t have to “put their own mental health at risk to receive an education.”

Wrong. In order to prepare for life, you have to place your emotional fragility in the middle of the road in front of a speeding truck.

PROTECTING STUDENTS FROM EATING HOMOPHOBIC CHICKEN
Students at New Jersey’s Rider University will not be allowed the option of voting on whether to include a Chick-fil-A fast-food restaurant on campus “based on the company’s record widely perceived to be in opposition to the LGBTQ community.”

Without a hint of irony, school officials justified the decision to exclude “Chick-fil-A” because it would help the school be “faithful to our values of inclusion.”

Exclusion in the name of inclusion. And they wonder why universities won’t exist in a generation.

LORD OF RINGS DEEMED RACIST AGAINST ORCS
Sci-fi author Andy Duncan, despite his advanced age, is completely unknown. Perhaps he broods in silent resentment of J. R. R. Tolkien, who is far more famous in death than Duncan could ever hope to be in a million lifetimes.

But since so much of power-jockeying in modern media involves smearing your superiors as racists, sexists, and homophobes in an attempt to become famous through witch-hunting rather than talent, Duncan has lately taken Tolkien to task for his depiction of the “Orcs.”

In Tolkien’s Rings trilogy, the Orcs are mean, nasty, brutish subhuman creatures who basically serve as cannon fodder. According to Duncan, this plays into the “racist” idea that some groups are better than others, and Duncan seems certain that he is better than racists are:

We’d bet anything that if asked, Andy Duncan would state unhesitatingly that throughout history, white people have behaved far worse than any other group.

CHARLOTTESVILLE MURDER TRIAL BEGINS
If you’ve gullibly followed the news over the past year and a half, you’d be under the impression that on August 12, 2017, a Nazi male named James Alex Fields committed a purposeful act of domestic racial terrorism when he slammed into a crowd of peaceful protesters, killing 32-year-old Heather Heyer, whom the media consistently depicted as slim and cherubic rather than morbidly obese and slovenly.

You are probably unaware that Heyer’s own mother told NBC News that her daughter died of a heart attack.

You are also likely unaware that there is no footage that exists of Fields’s Dodge Challenger making contact with Heyer.

You are also probably unaware that a communist professor named Dwayne Dixon openly bragged of chasing Fields with a gun only moments before the infamous car-plowing incident.

You are also probably unaware that these “peaceful protestors” are on video smashing Fields’s car with baseball bats before the crash.

That’s because the media has purposely kept you unaware of the facts in this case.

James Fields’s trial began last week. We will be surprised if they convict him of murder. And even though we are certain that the defense will bring up all the points we enumerated here, we promise to die of a heart attack if the media mentions any of them in their trial coverage.

SUICIDE IN THE STICKS
New figures from the Centers for Disease Control claim that American suicide rates have soared 33 percent since 1999.

Suicide rates among American women are up an astonishing 53 percent over the same timespan. Not only are women attempting suicide more frequently, they are resorting to deadlier methods.

And the per-capita suicide rate in America’s rural areas is nearly twice what it is in urban areas. Increasingly, America’s rural population feels divorced from the national discussion. Increasingly it feels mocked and despised and neglected. And where Oxycontin pills fail to do the trick, a bullet to the head takes care of the pain.

It’s time for rural America to secede from the urban-supremacist nation that has abandoned them.