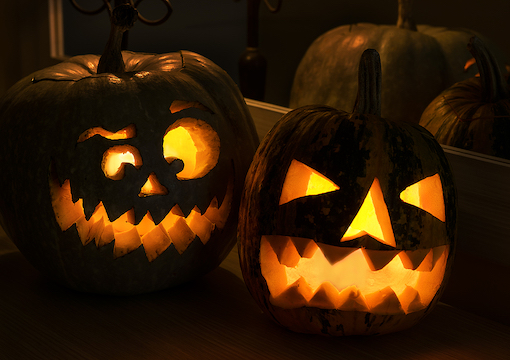 The Week’s Most Fleeting, Cheating, and Trick-or-Treating Headlines

GAY BASH GAY BASHED
Blacks and gays come across as two Southern gentlemen slapping each other in the face with dueling gloves for all eternity.

Even after last week’s failed “tranny walkout,” LGBTBLTs are continuing to pressure Netflix to renounce and remove Dave Chappelle’s stand-up special because of the comedian’s “transphobic” jokes (not sure why it’s a “phobia” to say men aren’t women; sound more like a “fact”).

Even though the manwomen at Netflix have so far failed to get Chappelle’s special removed from the streaming service, high-profile gays like George “I miss the communal bathrooms in Tule Lake” Takei and poet Saeed Jones (author of “Ode to a Grecian Glory Hole”) are working hard to promote boycotts of Netflix because you have offended mah honor, sah (slap)!

At the same time, however, blacks have successfully torpedoed the Boston Pride Parade, one of the oldest gay-pride events in the country. What was supposed to be Boston Pride’s 50th anniversary has turned into Boston Pride’s epitaph. Not only has the parade been called off, but last week the entire Boston Pride organization disbanded—willingly, of its own accord—because black protesters “convinced” the leadership that Boston Pride was too white, too LGB but not enough T, too bourgeois, and too welcoming of gays who don’t think police should be defunded.

The tolerance parade was too tolerant so in the name of tolerance the tolerant leaders declared the parade intolerant in order to create more tolerance.

Figure that one out!

In the end, the Boston Pride leaders simply grew tired of BLM protesters blockading the parade route, as has happened every time over the past six years, so they surrendered. No more parade, ever.

It’s like watching the Three Stooges if Curly were a ghetto thug and Moe was transitioning to Monique.

IT’S THE GREAT PUMPKIN, SURLY BROWNS
And on the topic of canceled parades, blacks followed up their victory over the Beantown buggerers by quashing some squash.

Benjamin Franklin Day Elementary School in Seattle always took pride in its annual Halloween Pumpkin Parade. Children marching with pumpkins while parents take photos and think “What a magic moment” as the kids wonder when they’ll get to the part where they eat candy.

Alas, the parade has now been ended for good, because school admins decided that the event was racist. The exact quote from school officials: “The parade marginalizes students of color who do not celebrate the holiday.”

Admins claimed that “students of color,” “specifically African-American males,” “have requested to be isolated on campus while the event took place.”

The administrators seem to be saying that black boys are skeered o’ pumpkins. “We can’t let black males see pumpkins because they faint from shock.”

Yeah, that’s way more racist than a parade. And unfounded, too; the school offered no evidence that a single black male student skedaddled Stepin Fetchit-style upon viewing a jack-o’-lantern.

This is yet another example of the inversion of 1980s dynamics. During the period of the born-agains and televangelists, it was the evangelicals who protested Halloween events. And school administrators resisted, because Halloween is fun for kids, and always has been.

But now, woke leftists cancel Halloween events in the name of blacks who are likely not complaining in the first place.

Especially not when free candy is involved.

“Woke leftists cancel Halloween events in the name of blacks who are likely not complaining in the first place.”

If this catches on, pumpkins might join the ranks of nooses and Confederate flags as things that warrant a hate-crime charge if displayed publicly.

But the most fascinating unexplained mystery of the moment is the Great Shoplifting Epidemic. Why are once-glorious shopping districts now plagued by rampant robberies, to the extent that stores are choosing to shutter due to massive stock losses?

As an example, there’s Chicago’s Magnificent Mile. Once known as “the crown jewel of American retail,” the Magnificent Mile is now the “Maaaaaan-ificent Mile,” beset by smash-and-grab shoplifting attacks and muggings of shoppers. What used to be a draw for tourists is now an ugly pastiche of vacant, boarded-up storefronts and for-sale signs. Anchor stores like Macy’s and Disney have fled, the latter realizing that “diversity” might be fine in movies, but when it comes to neighborhoods, “hi ho, hi ho, it’s off to the suburbs we go.”

Last week the Chicago PD, or what’s left of it after defunding, issued a warning to stay away from the Magnificent Mile due to the roving bands of extras from Death Wish.

When asked by CBS Chicago if the fleeing businesses are ever likely to return, Robb Karr of the Illinois Retail Merchant’s Association did his best impression of the falconer from The Simpsons.

According to CBS, with the fancy shoppes on the (formerly) Magnificent Mile emptied and shuttered, the thugs are now targeting 7-Elevens (Slim Jims: the consolation prize for looters who missed out on the good stuff).

Of course, the mystery remains: What’s causing this shoplifting epidemic? CBS is outta answers. Could it be Soros-funded DAs who refuse to prosecute property crimes, combined with politicians who defund cops?

THE BRUTHAS GIB
Nobody likes being in Chicago, but let’s hold our noses and stay for one more story. The city’s mayor, sentient Halloween prop Lori Lightfoot, has proposed a monthly “guaranteed universal basic income” program for the city’s poor. Under her scheme, the huddled masses yearning to thieve free will receive $500 a month, which, coupled with all those Slim Jims, ain’t too bad a deal.

Now, you’d think the Chicago City Council’s powerful Black Caucus would be jumping the broom for joy over the proposal.

But no. Funny enough, while the Council’s whites and Jews are totally on board, the Black Caucus is the primary force opposing the free-cash giveaway.

What gives? Did the Black Caucus members get hit on the head by a crate of Thomas Sowell books? Are they being blackmailed by Candace Owens for that one night of “indiscretion” in Burnham Park?

Nope. The council’s blacks are opposing the “universal basic income” scheme because it’s…universal. It’s income-based, not race-based. And the caucus members don’t want none of that free green going to no beaners.

Jason Ervin, chairman of the Black Caucus, told a local black newspaper that “until the city makes a deal on reparations for the descendants of enslaved people, there’s no way in hell we can support direct payments to anybody else.”

And besides, what’s $500 a month anyway? Most of the Black Caucus members’ constituents make double that from stolen Slim Jims, Slurpees, and “take a penny” trays.

HBCU? More Like HBPEE-YEW!
Black Americans never seem to catch a break. They finally find a safe space from whitey, only to be persecuted by blighty.

Howard University is what’s known as an HBCU (Historically Black College and University…although considering the role of HBCUs in procuring victims for a certain celebrity rapist, it could also stand for Helping Bill Cosby Unload).

Intended as a haven for black scholars, Howard has, sadly, become a haven for something much worse: mold, mice, cockroaches, bedbugs, and other vermin.

To protest the unlivable conditions in student dorms, 150 Howard attendees have taken over the Blackburn Student Center, occupying the building as their new sleeping quarters.

Jeez, one wonders why these black students saw property appropriation as their best recourse. Where could they have possibly absorbed such a message?

But surely the school admins will admire this act of civil disobedience, right? Surely they’ll cheer the aggrieved youngsters for “taking up space” and “being heard,” because their lives matter!

Nope! The administration has shut off water, air, and Wi-Fi to the occupied building, and last week the university’s president released a statement ordering the young freedom fighters out…or else!

There may be areas where we agree to disagree. That’s the nature of a vibrant community. However, there is a distinct difference between peaceful protest and freedom of expression and the occupation of a University building that impedes operations and access to essential services and creates health and safety risks.

“Agree to disagree”? To the current generation of young blacks, compromise equals genocide.

For anyone who had to endure BLM mayhem in 2020, the situation at Howard offers schadenfreude at its most justified.