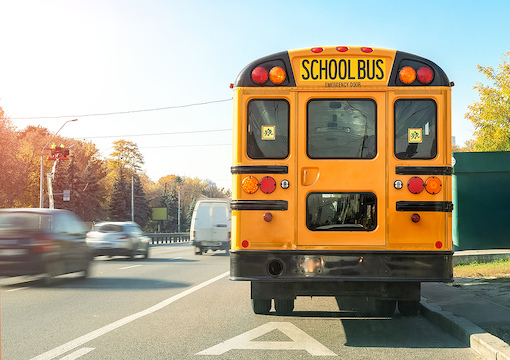 CUNNING STUNTS
Last week’s election provided many fine opportunities for schadenfreude. Ibram X. Kendi might have to change his name again because his brand couldn’t be more tarnished at the moment (suggestion: “Nipsey Hussle” recently came back on the market). The Democrats’ entire defense against parental anger over CRT is that CRT doesn’t exist. So don’t expect Dems to be openly pushing the work of CRT mavens again anytime soon.

And let’s see if leftist NBC rebooks Robin DiAngelo on The Tonight Show, as it did last year, so that Kúru poster boy Jimmy Fallon can once again giggle like a schoolgirl about how white people suck.

CRT pushers have to be pushed to the back of the short bus, as Democrats try to pretend they never existed in the first place.

But perhaps the biggest loser on Nov. 2 was the Pedophiles Anonymous support group known as the Lincoln Project. The weekend before the election, these rocket scientists staged a hoax in which their operatives dressed as tiki-torch-carrying “white nationalists” stumping for Glenn Youngkin.

Unfortunately, the Lincoln logheads are no James Bond (they’re not even Gold Bond, unworthy of being spread on an ass wart), and within hours of the escapade, online sleuths identified the “Nazis” as Democrat activists. By the end of the day, the leaders of the Colonel Klincoln Project were forced to admit that they’d staged the hoax.

Which the media promptly refused to label a hoax. The WaPo would only call it a “stunt,” a term that doesn’t suggest intent to mislead. To put this in perspective, in 2019, when President Trump tweeted a CGI meme of Joe Biden fondling another Joe Biden, the WaPo called the footage “doctored” (a term that specifically means “intent to mislead”), as if anyone was supposed to think that there are two Joe Bidens and they make out with each other.

But the Lincoln hoax? A mere “stunt.” And this from the media gurus who claim that the First Amendment must be scuttled to prevent “disinformation.”

At least the “stunt” backfired, as the incompetent Lincoln Project managed to John Wilkes Booth itself. And Terry McAuliffe.

IT AIN’T RAPE IF YA KNOW ’ER!
In 2009, fossilized fright-mask Whoopi Goldberg coined the term “rape-rape” to refer to any sexual assault not committed by her friend Roman Polanski.

Whoopi would soon expand her glossary to include sexual assault by a vintner (“grape-rape”), a gibbon (“ape-rape”), a gorilla (“great ape-rape”), Batman (“cape-rape”), Alan Rickman (“Severus Snape-rape”), and someone with an outdated browser (“Netscape-rape”).

But now there’s a new queen of rape euphemisms: The New York Times’ Michelle Goldberg (no relation; unlike Whoopi, this Goldberg is an actual oy veyer).

Michelle Goldberg took a hard look at that supposed high school “rape” case from Loudoun, Va., in which a boy in a skirt sexually assaulted a girl in the women’s bathroom. And she determined that even though the girl was pinned to the floor and violently penetrated without her consent while kicking and screaming, it was not “rape.” Not even “rape-rape.” No, it was “relationship violence.” Goldberg explained that because the girl and her attacker had previously had two consensual encounters, it can’t possibly be rape if he forced himself on her the third time.

Don’t young girls know that once you let a boy do it with you once, he has the right to demand it anytime he wants?

Yes, the days of yelling “date rape” are over. If the girl knows the guy, and if she consented to even a peck on the cheek, it can’t be rape. And if the boy wears a skirt, it’s a transphobic hate crime to yell “rape” when he forcibly penetrates you.

Goldberg accused conservatives of being responsible for the fact that the boy was sent to another school to rape again, because “conservatives, of course, have traditionally opposed policies that would keep accused offenders out of school.” Except she linked to a speech by former Education Secretary Betsy DeVos about the lack of due process when college kids are accused of sexual misconduct via student complaint. The Loudoun skirtboy was actually arrested and charged before his transfer.

Considering how Goldberg mangled the story, it’s tempting to say that, like some sort of vile demon, she raped the young victim all over again.

MONTY PYTHON AND THE HOLY FAIL
Mimesis is the idea that art should imitate life. Lesser-known is the concept of “reverse mimesis,” which is when life imitates art.

“CRT pushers have to be pushed to the back of the short bus, as Democrats try to pretend they never existed in the first place.”

Terry Gilliam is lost in a nightmare of reverse mimesis. The 80-year-old former Python has had a spotty career as a director, making several great films (Holy Grail, Time Bandits), two popular films (Fisher King, 12 Monkeys), a bunch of duds (everything else), and one true classic: 1985’s Brazil.

Brazil is the story of a dystopian future in which an oppressive surveillance state has hijacked language (the government branch responsible for torturing dissidents is referred to as “Information Retrieval”) and branded private citizens “terrorists” for minor transgressions like performing home repairs without a license.

Brazil was a critical hit, and Gilliam never again reached such heights.

Gilliam’s upcoming production of the musical Into the Woods has been canceled by London’s Old Vic because staff members were upset with the director for tweeting in support of Dave Chappelle’s right to tell jokes. Which apparently makes Gilliam a terrorist or something along those lines. Also, last year Gilliam expressed fears that #MeToo had become a “witch-hunt,” adding that he was “tired of white men being blamed for everything wrong with the world.”

So to prove that Gilliam’s wrong about witch hunts and white men being society’s scapegoats, the forces of tolerance have witch-hunted and scapegoated him.

One of the mottos of the Orwellian government in Brazil is “Don’t suspect a friend, report him.”

Exactly! On social media or in the workplace, racists, transphobes, and misogynists must be reported!

Gilliam was never able to produce a sequel to Brazil. Fortunately, life has done it for him…and this time, he gets to play the lead.

IN BIDEN WE ANTITRUST
The administration of the semiconscious extra from a Depends commercial in the White House has discovered a most fascinating fact: Concentrating the dissemination of ideas and information in too few hands is bad!

Merrick Garland, the cowardly sack of flop sweat whose attempts to tar parents as “domestic terrorists” helped the Democrats lose big last week, has realized that much like the spice in Dune, “ideas must flow!”

Nope! Doody Garland is pissed that Penguin/Random House is trying to buy Simon & Schuster. The cagey AG is concerned that should German media giant Bertelsmann purchase S&S, it might reduce the outlandish fees paid to S&S authors like Hillary Clinton, Stephen King, and other leftists who churn out books that people buy to put on a shelf for show.

Garland told the AP that the merger would mean “lower advances for authors.” A nightmare scenario indeed! Imagine an America in which Hillary Clinton can’t command a $14 million advance for her newest recycled self-pitying tripe, and Stephen King can’t get $10 million for his 50th book about a kid with psychic powers.

Is that an America in which anyone would want to live?

Garland has filed suit to stop the merger.

Say what you will about the guy, but he really has his finger on the pulse of what matters to the average American.

Better than having his finger on the pulse of the president, which can be tedious as it barely throbs once an hour.

PRATTLE SLAVERY
NFL washout Colin Kaepernick has dedicated his life to two things: bringing back the Gabe Kaplan Welcome Back, Kotter Afro, and becoming the most well-known athlete in the world who doesn’t do athletics.

And now this talentless knee-jerk has a Netflix series for some reason (hey, new content is a necessity; there are only so many Korean rehashes of Battle Royale). The series, which was going to be called Kaepernick’s Krazy Kapers until someone noticed the initials, claims that the NFL is modern-day slavery against black people, because what was slavery if not paying black men $40 million a year to chase a ball in the mud?

Turns out Kaepernick is as bad at being a TV producer as he is at football. Redefining “heavy-handed,” his series portrays NFL players as buck-naked slaves being whipped and beaten by grinning white team owners (the brutal scenes of violence were actually based on CCTV footage of NFL players beating the crap out of their girlfriends).

At no point in the series does Nappy-nick answer the question that will most likely come to the mind of anyone who watches his TV equivalent of bull excrement: If the NFL is so bad, why did he literally beg the owners to draft him? And why has he bitched for years about the fact that they didn’t?

In Colin Kaepernick’s version of 12 Years a Slave, the protagonist complains that it was only 12 years. “Man, I wanted 20. What a gyp!”

The Kaepernick series is drawing ridicule from viewers. This lack of critical success has led Netflix to promise that next season it will be merged with Squid Game, and Kaepernick will square off against a giant robot doll that will blow him to smithereens the moment he utters anything self-pitying.

The show will last thirty seconds.