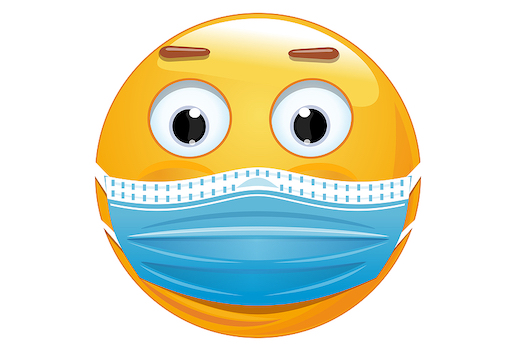 The Week’s Most Herky, Jerky, and Stuffed-With-Turkey Headlines

MASKS SAVE LIVES (BECAUSE WE’LL KILL YOU IF YOU DON’T WEAR ONE)
There’s an old vaudeville routine about a man who walks by a peddler. The peddler offers to sell him a vial of tonic:

The peddler shoots the man dead. He looks at the body and says, “Told ya.”

Covid mask mandates are by far the best version of that skit. For almost two years now, the world’s witnessed scenes from Canada, Australia, and Europe of police punishing people who dare to go outdoors unmasked (zero Covid risk) by tossing them in crowded jail cells (high Covid risk).

And now Oakland, California (a.k.a. “the nuke target that would make Kim Jong-un an American hero”), just topped every real-life version of the peddler skit.

Maurice Monk was a 45-year-old mentally ill black man. And he didn’t care for masks. Back in June, he refused to wear one on a city bus, so he was arrested.

The irony is, with Oakland’s liberal criminal justice policies, if he’d assaulted someone, he’d have been let go with a citation. But not wearing a mask? No mercy. He was held for several months in a mental institution, and finally transferred to a regular jail.

His family was prevented from getting him his meds…because enforcing mask mandates is all about keeping people healthy!

Last week he died alone in his cell.

The city claims it was “natural causes.” So at least it wasn’t Covid!

Proof positive that imprisoning people who don’t wear masks is a policy that totally works!

PUNCHING MOTHER EARTH FOR HER OWN GOOD
After hearing about how Oakland authorities killed a guy to keep him from dying of Covid, David Suzuki exclaimed, “Hold my saké.”

Suzuki is a Canadian “scientist” who specializes in claiming that Earth is about to end because people eat meat.

Suzuki’s grandparents left Japan before WWII when they were struck with an ominous premonition to flee their hometown of Hiroshima.

Your family guesses one thing right, and you think your every prediction is gold.

Which is why scientist Suzuki never second-guesses his apocalyptic visions. The problem is, Earth just ain’t blowing up quick enough for him. So last week, the hugely popular Nippanuck (in a CBC poll of “greatest Canadians of all time,” Suzuki came in fifth, right after Corey Hart and Chong) decided to warn the world that if it won’t explode on his timetable, he’ll damn well explode it himself.

Suzuki told the anarchist terrorists of Extinction Rebellion (that’s the org that tries to “save the earth” by blocking highways, causing massive traffic jams that pollute the air), “There are going to be pipelines blown up if our leaders don’t pay attention to what’s going on.”

Ironically, the green goblins had gathered on Vancouver Island because unlike the Third World it has the comforts that fossil fuels provide. More ironically, Suzuki’s threat is essentially “If our leaders don’t abandon earth-polluting petroleum, we’ll blow up pipelines, thus polluting the earth with petroleum.”

“Take Veterans Day off the calendar and make every day Tranny Remembrance Day!”

After being attacked by the few sane politicians left in England’s frigid afterbirth, Suzuki tried to backpedal, claiming that even though he said terrorism was the only recourse should “the leaders” not listen, he wasn’t actually advocating it. To which the head of Extinction Rebellion replied, “Nonsense—we’re totally advocating it!” The ecoterrorist released a statement promising that not only will pipelines be blown up, but world leaders and members of the press will be killed.

TRANSGENDER DAY OF REVENGEANCE
Veterans Day? Who cares? All those guys did was put their lives on the line so that we may be free. The November day of solemn tribute that truly matters is November 20th, the “Transgender Day of Remembrance.” That’s the day when America pauses to remember the heroic sacrifices of the men who dress in women’s clothing and lop off their members so that they may be free (of their penises).

“Transgender people are some of the bravest Americans I know,” Biden declared (yes, he really said that). Trannies “deserve freedom, justice, and joy,” and Biden assured a roomful of men in dresses that he’ll continue to fight for their “equality and civil rights.”

Lost on the not-tightly-wrapped presidential mummy was that it’s actually the trannies who are taking away the “freedom, justice, joy, equality, and rights” of others, with comedians, medical professionals, politicians, and ordinary citizens being banned, censored, harassed, and fired for opposing tranny ideology.

Indeed, to celebrate “Tranny Remembrance Day,” a Fellini-esque nightmare named “Holly Stars,” who calls himself a “drag queen” yet is indistinguishable from a tranny (thus proving they’re exactly the same thing), “doxxed” author J.K. Rowling for the crime of believing that men in drag are not women. “Stars” stalked Rowling’s home and photographed her address for Twitter.

“Stars” eventually deleted the pic, not because what he did was wrong, but because he was receiving “transphobic hate messages.”

Because with trannies, it’s always about them. Not like those damn veterans and their unselfish sacrifices. Take Veterans Day off the calendar and make every day Tranny Remembrance Day!

KILLING ME SOFTLY WITH ZHIRS SONG
And on the subject of those marginalized, defenseless transgenders who have no power except the ability to influence presidents, ban books, fire anyone they dislike, and change the entire English language…here’s yet another example of how “powerless” they are.

Turns out a “nonbinary” guy complained. And because trannies are so disenfranchised, the entire British recording industry agreed to drop all gendered categories, just in case that nonbinary guy ever gets nominated for his band Herman’s Hermaphrodites and their hit single “I’m Henry the Eighth…and Henrietta the Ninth, Too.”

But will this fad of eliminating gender categories reach the U.S.? Well, it’s happening at the Grammys, but not the Academy Awards.

The “strong, independent” women of Hollywood don’t want to go head-to-head against men. Indeed, as trannies are pushing to de-gender the Oscars, women are pushing in the opposite direction, as they advocate splitting the Best Director category into “Best Male” and “Best Female” as a way of ensuring that every year a woman director brings home a trophy.

Filmmaker Alma Har’el, fresh off her new blockbuster Night of the Superfluous Apostrophes, told Variety, “Unless we have a new category for women directors—the same way we have [separate] actor and actress categories—we won’t see any changes.”

In a predicament like that, working on an Alec Baldwin cowboy film would be the easy way out.

NECROPHILIAC? THEY PREFER “CORPSE-BUGGERING CITIZEN”
Allyn Walker, professor of sociology and criminal justice at Old Dominion University, is a man on a mission: Child molesters deserve dignity, and the best way to give them the respect they so richly merit is to replace terms like “child molester” and “sex offender” with “minor-attracted person.”

Because after all, when it’s a contest between a child rapist and a child who’s been raped, who’s the real victim?

The vile Walker, a self-described “transgender” (wotta shock!), has stepped down from his teaching position due to the controversy surrounding his views. Of course, being a tranny, he’s not blaming his views, but rather campus “transphobes.”

Word is he’s headed to England to win a Brit Award with his song “(Kinder)Garden of Earthly Delights.”

Yet even as Walker was resigning, some frontal-lobe-deficients in Denver were saying to themselves, “I like the way that guy thinks.” The Colorado Department of Public Safety’s Sex Offender Management Board, which is apparently managed by sex offenders, voted last week to stop using the term “sex offender,” because it harms the “self-esteem” of sex offenders (no child should ever be molested by someone with low self-esteem).

These oxygen-deprived dullards told CBS News that raising the self-esteem of child rapists will “reduce recidivism,” proving that literally anyone in the city of Denver is better-suited to managing sex offenders than the members of the Sex Offender Management Board.

Not that they’re the state’s only high-caliber morons. Legislators are debating changing the terms “sexually violent predator,” “defendant,” “convict,” and “felon” to “justice-involved people.”

They might as well be called that, because while it’s hard to tell exactly what the people in charge of administering the law in Colorado are involved in, it certainly ain’t “justice.”