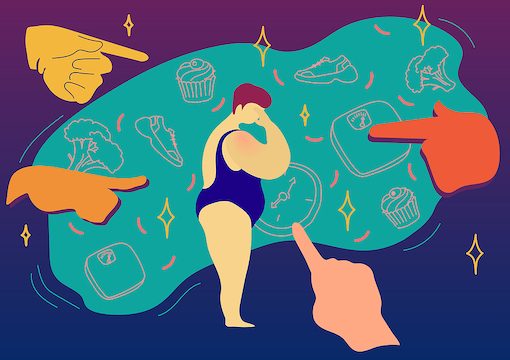 The Week’s Most Drifting, Uplifting, and Regifting Headlines

Last week, Redfin announced that its in-house experts had made a major scientific discovery. Typically one doesn’t expect such things from Realtors (Jonas Salk was a Century 21 agent, but only because he dug the jacket), but there’s no holding back Seattle millennials when it comes to trailblazing.

Christian Taubman is Redfin’s “chief growth officer” (“growth” as in neckbeards). And this is his amazing discovery: Crime data is racist because “people reporting crimes were more likely to describe their offender as young, male, and Black than would be expected given the representation of those groups in the population.”

Yes, everything in America must be exactly proportional by race to population percentage. It’s a law of physics, like gravity. That’s why basketball is 70% white (uh, wait…), Hollywood is 98% gentile (um, well…), and STEM is never above 6% Asian (hold on…).

Okay, Taubman’s discovery still has some kinks to work out. But this is the guy who used to manage deliveries for Amazon Prime. With credentials like that, how can his racial theories be anything but solid?

Based on Taubman’s discovery, Redfin announced that it will no longer feature neighborhood crime data on its site. So if you’re thinking that your home is worth more because of your area’s low-crime stats, by all means list with Redfin, and they’ll make sure potential buyers can’t learn about it.

And for buyers, when you end up in a Gary, Indiana, slum, just remember: Be on the lookout for people of German ancestry. As the largest ancestral plurality in the U.S., it’s scientifically proven that they’re most likely to kill you.

GUY SO RONERY
Asian-American activist Guy Aoki has made it his life’s work to threaten and cajole TV networks and movie studios into apologizing for anything that “offends” Asians. To accomplish this, he does nothing all day but watch every TV show and movie available, taking copious notes of “objectionable” words.

Aoki has single-handedly forced apologies from Conan O’Brien, Sarah Silverman, the writers of The Simpsons, and execs at CBS, NBC, and ABC.

And now Aoki has set his sights on Paul Thomas Anderson’s new film Licorice Pizza, because an ancillary white character in a brief scene affects a fake Asian accent. Although Aoki acknowledges that the character is presented as a “racist buffoon,” Aoki long ago established the precedent that even racist characters must never be racist toward Asians. In 2001 Aoki forced The Simpsons to apologize for having villainous Mr. Burns say “Chinaman,” and in 1998 he attacked a CBS show starring George Takei in which a racist character used the same term (Takei initially refused comment for this piece, but then he read “anal fissures” and excitedly exclaimed, “Oh my!”).

Yes, in Guy Aoki’s world, even virulently racist characters must never use anti-Asian slurs. Indeed, while condemning the “violence” of Licorice Pizza’s fake-accent scene, Aoki claimed that no white screenwriter would ever write a slur directed at a black character.

To which Quentin Tarantino (hard at work on his new screenplay, tentatively titled Nigger Nigger Nigger) replied, “Uh, is this moron Asian or Down syndrome?”

Aoki is leading a crusade to keep Motion Picture Academy members from recognizing Licorice Pizza with awards this season. Which is enough to make most sane people hope the film sweeps every category.

THE TERRIBLE MOVIE YOU PAID FOR
Have you seen the movie No Man of God, starring eternal hobbit Elijah Wood?

No? Well, too bad. Turns out you paid for it.

Ms. Baver has been indicted by a federal grand jury on nine counts of fraud. And Wood’s been indicted for Radio Flyer (yes, it’s been thirty years, but there’s no statute of limitations on crimes against humanity).

“No offense to the morbidly obese, but it’s really hard not to see you.”

The director of No Man of God is Amber Sealy, a leftist activist who tweeted last week that everyone should be wearing N95 masks 24/7, and if they’re uncomfortable, that’s “proof it’s a good mask.”

So she uses your money to make a film, and doesn’t even let you watch it in comfort.

What is really interesting about the pandemic is that I think many or even most people have realized they would like to live a slower, quieter life, and also that that kind of life is basically economically, socially and structurally impossible for the vast majority of Americans.

Yes, Amber—it’s “economically impossible” because your producer robs taxpayers so you can make mediocre films.

According to CNBC, over $100 billion in pandemic relief dough has been pilfered by grifters. That puts No Man of God’s $10 million in perspective. Baver, Wood, and Sealy should’ve gone big: For $100 million, they might’ve made a film people actually saw.

Of course, the only thing worse than a con is a bad con. Baver purloined $10 million to make her film, but it earned only $188,759 at the box office. Baver & Co. squandered your hard-earned cash on a piece of crap nobody saw.

On the bright side, at least you didn’t pay for a gunfight scene with Alec Baldwin.

SHOT FOR TEACHER
God bless America’s teachers! Without them, who’d give our children semen-laced cookies and flutes filled with ejaculate?

Okay, those are extreme cases. And it would take a lot of effort to top them…

“Hello, I’m Kimberlynn Jurkowski and I’m here to top them!”

Last week Ms. Jurkowski, a staff librarian at Watkins Elementary School in the Capitol Hill section of Washington, D.C., ordered third graders to “reenact the Holocaust” by “digging mass graves” for their schoolmates so they could simulate shooting them in the head and burying them, as a child portraying Hitler cheered the proceedings.

Upon reading news of this incident, the cumcookie guy was like, “Okay, now that’s going too far.”

After the child portraying Hitler oversaw the mass executions, Jurkowski apparently instructed him to simulate his own suicide (as if the story needs more unintentional humor, the kid playing Hitler was Jewish).

The rest of the students were told to act as if they were suffocating in a gas chamber.

According to local media, Ms. Jurkowski had previously been convicted of defrauding a neighboring school district of $24,000 in a tutoring scam.

Yet somehow Americans, even conservatives, find themselves begging such people for a return to in-person learning. Maybe parents should pretend to make an Elijah Wood film and spend the government largesse on homeschooling supplies.

NO FAT CHECKS
After decades of being told “don’t see color,” Americans are now being commanded to “see color” everywhere and in everything. But, at the same time, they’re also being told to “not see fat.”

No offense to the morbidly obese, but it’s really hard not to see you. Or hear your labored breathing. Or feel the ground shaking as you approach.

Obesity greatly increases the severity of Covid, a fact that’s acknowledged across the board, from the rational MDs who study the pandemic apolitically, to the witch doctors at the CDC who want to forcibly mask babies and make adults eat lunch in a bubble. Everyone agrees: Fatties are way more at risk of dying from Covid than twiggies.

So naturally, fatties are dealing with this reality in the typical 21st-century American way, by accusing people who point it out of being “phobic.”

More-Love, a “body-positivist advocacy org” (a.k.a. a collection of jabbering morons), is fighting “fatphobia” by producing cards that blubberbutts can give to their doctors demanding not to be weighed during a checkup. More-Love admin Ginny Jones told The Sunday Times that the cards should be “given to healthcare workers to help explain why you or your child are not automatically stepping on the scale.”

The Times was unable to publish a photo of Jones, as her sizable image can only be fully captured on triptych canvas.

According to the Times, some U.S. doctors are caving to the pressure from fat advocates (and to be fair, that pressure is intense; these are people who can sit on a lump of coal and leave behind an oil slick). In another great bounce forward for Western medicine, some docs are no longer bringing up weight issues with their patients, to avoid instilling (in the words of More-Love) “stress and shame.”

Luckily, most members of More-Love are not at risk of spreading Covid to the rest of the population, having long outgrown the ability to leave their home without having a construction crew take out a wall.

When asked whether she thinks her “weight gag-order for doctors” might be “problematic” during a pandemic that hits the obese hardest, Ginny Jones was unable to comment, having fallen through the earth’s crust.