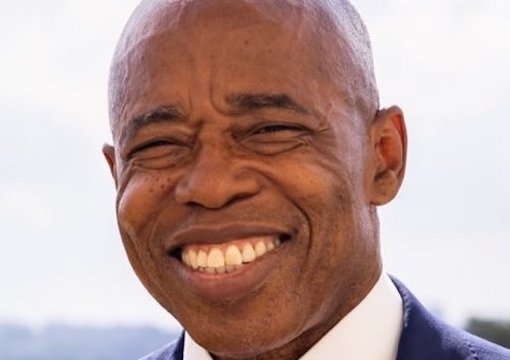 The Week’s Most Shaking, Baking, and Resolution-Breaking Headlines

MINER 1619ER
Did you know that black women are God? That’s an actual talking point these days, and like a Lyme-carrying tick, you’re best off avoiding it.

The Black Woman Is God is a traveling exhibit currently housed at the SOMArts Cultural Center in San Francisco through Feb. 6 (so get your tickets now). And the central concept of the exhibition was defined last week by rapper Big Sean during an interview with Essence. Black women, the talentless mumbler explained, “are magical” and “the closest thing to God,” because all black people “come out of a Blackhole just like the universe was birthed and it’s really deep when you get down to it.”

Deep indeed (to quote an old National Lampoon punchline, “Help me find my motorcycle and we can ride around until we see daylight”).

And although everyone envisions God in their own way, it’s a little difficult to imagine an all-powerful deity brawling at McDonald’s because they fries be takin’ too long.

“God was in this KFC today.”

“Look at all the shredded weaves on the floor.”

At the same time Big Sean was quoting from his holy (fentanyl) tablets, a sacred black woman stormed through a Venice Beach Rite Aid carrying a pickax, threatening staff and customers as she loaded a basket with shoplifted items.

Does that count as a religious vision? Our Lady of Yo’ Mama So Fátima?

It must, because in observance of the miracle, Rite Aid announced that it’s closing over 63 stores due to shoplifting by deities.

ALOHA ʻOE VEY
Pacific Islanders are some hefty SOBs. Back in 2015, CNN called the Pacific Islands “the fattest region in the world,” noting that, according to the WHO, “among the top-10 most obese countries or territories globally, nine are Pacific islands.”

There’s nothing “micro” about nesians.

While suggesting that Pacific Islander blubber may be genetic “based on the fact Pacific islanders once endured long journeys at sea and those who fared best stored enough energy in the form of fat to survive their journey,” the network declared Pacific Island fat-assery a major health hazard, a sentiment echoed by public health officials interviewed for the piece.

2015, such an ignorant and primitive time. People still thought superstitions like “genes” and “heritability” were real instead of racist constructs. And doctors still had the fatphobic notion that obesity is unhealthy.

“It’s actually rather surprising that the Biden administration hasn’t mandated ‘oxygen detectors’ in airplane restrooms to make sure no one’s breathing too much.”

Thankfully, Covid rid us of that silliness (just as it rid scores of fat people of their vital signs). These days, a coalition of “body positivity” activists and extremist pro-vaxxers who refuse to entertain the notion that anything other than vaccines and never-ending boosters can help fight the disease (“Therapeutics? Bunk! Reducing obesity? Voodoo!”) are making sure that fatties can fantasize that their fat doesn’t put them at major risk of dying from Covid…even though every single health agency from the CDC to the WHO says it does.

So when the Hawaii Department of Health decided to launch a New Year’s campaign to encourage islanders to get their jab, the poi-stuffed pinheads at the agency crafted an animated online spot in which a portly, chinless Hawaiian woman is thinking about her New Year’s resolutions.

“Eat healthier?” she wonders. But no, that thought is immediately crossed out with a big red line. Never eat healthy! “Exercise regularly?” she suggests. Nope, that one too gets crossed out as unnecessary. “Get keiki (child) vaccinated?” Yep! That’s the one the Hawaii DOH says you gotta do! Forget those other things.

Within days of posting the video, the Hawaii DOH was forced to remove it due to complaints from furious natives still dealing with the repercussions of the deforestation caused by all the grass needed to furnish skirts that can fit the state’s lard-ass hula dancers.

As they say on the island, “Belly kalikimaka.”

HEY, MASK THAT DUMPSTER BABY!
Remember when people would sneak into an airplane bathroom for a quick smoke?

Ah, the salad days! At present, it’s more likely that air travelers will hide in a bathroom to remove their mask to get a few needed gasps of unmuffled air. It’s actually rather surprising that the Biden administration hasn’t mandated “oxygen detectors” in airplane restrooms to make sure no one’s breathing too much.

Last week, a woman from Madagascar took the whole “dirty deed in the bathroom” thing one massive step further. Displaying the ingenuity that’s led to her island nation’s resounding successes in science and technology—over 7% of Madagascar roads are paved, and last year the country got its first VCR (once they figure out electricity, they’ll fire it up)—the unnamed Madagascarian crept into the bathroom on a flight to Mauritius and popped out a baby, leaving it in the trash bin and returning to her seat.

If you’re wondering why nobody sitting near the bathroom became alarmed by the cries of the infant, it’s because most Madagascarians have never been on a plane; the passengers were first-timers, so they just assumed that jet engines sound like screaming babies.

The child was eventually found during a post-flight customs check. After declaring the baby doody-free, the agents notified police, who took the woman into custody after conducting a medical examination to determine that she’d recently given birth (fortunately there was a European tourist on the plane who was able to instruct the Mauritius doctors where on the woman’s body to look).

At least the other female passengers didn’t have to endure what happened to the women aboard a Qatar Airways flight last October, when a newborn was found in a toilet and every woman on the plane had to undergo forced vaginal prodding.

GETTIN’ BLOWN IN THE WIND
Back in August 2009, Bob Dylan was stopped by police while strolling through a neighborhood in Long Branch, N.J., because residents mistook him for a shadowy lurking creeper. The story went viral as music fans worldwide ridiculed the locals for not recognizing rock’s defining incoherent icon.

Well…maybe the neighbors were onto something.

An elderly woman in Greenwich, Conn., has filed a lawsuit against the 80-year-old music legend, accusing him of having molested her when she was a 12-year-old girl in 1965.

To crib a Norm Macdonald joke, “And I thought I left things to the last minute.”

Oldy McGee (identified in court papers only as J.C., implying a possible messiah complex) claims that when she was a child, Dylan (in his mid-20s at the time) plied her with “drugs, alcohol, and threats of violence” as he “groomed” her for sexual favors.

According to J.C.’s suit, the “depression, humiliation and anxiety” she felt as a result of the abuse “were of a permanent and lasting nature and have incapacitated plaintiff from attending her regular activities.”

Hopefully the closure she receives from the lawsuit will finally allow her to pursue her dream of becoming an Olympic athlete.

J.C.’s attorney told Page Six that he had no comment regarding why it took his client 57 years to seek redress, but rumor has it she became badly distracted by a Rubik’s Cube in 1980.

Along with her Dylan suit, J.C. has launched a petition urging NBC to bring back The Golden Girls.

A spokesperson for Betty White responded, “You couldn’t have done this a week ago?”

ONE STEP FORWARD, TWO STEPS BACK…TO HELL
No one’s saying that George Soros is the devil. That would be silly. That would be childish. No one’s suggesting that Soros sits at home singing “Those Were the Good Old Days” from Damn Yankees.

That said, if the devil were on earth, there’s nothing he’d do that Soros isn’t already doing.

Just when New Yorkers thought they might get a reprieve from the unprecedented explosion of violent crime and anarchy that’s plagued their city since George Floyd’s chiropractic procedure went south, just when it seemed like ex-cop mayor-elect Eric Adams was going to bring back something resembling law and order, in comes new Manhattan DA Alvin Bragg—a man whose campaign was funded by Soros—and voilà, like magic, the pushback against crime ends, and Adams reverses himself on his “restore the rule of law” pledge.

Again, no one’s saying that Soros is Satan. But he’s very likely Satan.

Bragg has decreed that under his rule, almost every felony except homicide will no longer be prosecuted. That includes armed robbery and the “punch an Asian” and “jack a Jew” games so popular among the city’s young blacks. Under Bragg’s new guidelines, armed robbers will be let off the hook as long as they don’t kill someone, and home invaders will get off as long as they only break into a part of the property “not accessible to a living area.”

So for Manhattanites with garages, now’s the time to move your crap into Granny’s room, because every garage is now a take-a-penny tray.

“Tough on crime” Mayor Adams declared Bragg a leader on “Team Public Safety.” When asked how he could so swiftly reverse himself on his defining campaign issue, Adams merely laughed and said, “These things happen.”

He then went home and gazed at the portrait of his grotesque 200-year-old self, pondering the possibility that the blood contract he signed with Soros in the 1800s was a mistake.