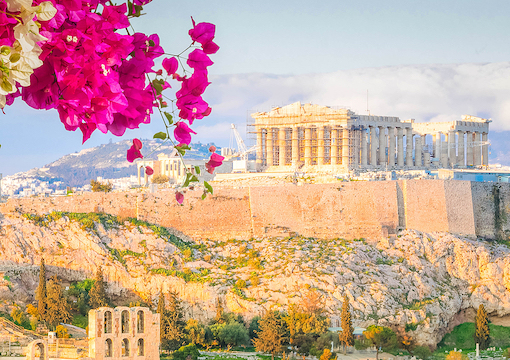 The Week’s Most Flaying, Braying, and MLK-ing Headlines

NOBODY EXPECTS THE SPANISH JEW-CONTRITION
New Mexico consistently scores worst-of-the-worst in terms of poverty and educational rankings by state. And many of the “Land of Enchantment’s” Jews want out. So where are they heading? L.A.? What, I’m made of money? Florida? Oy, the humidity. Okay, then Israel hows-about?

Enough with the Arabs already!

It all started in 2015 when the Spanish Parliament apologized to Jews for the Inquisition and passed a “right of return” providing a pathway to citizenship for any Jew whose family had been kicked out in the 1400s.

Turns out there are thousands of Jews who actually want to take Spain up on its offer; the nation received over 50,000 applications from wandering schmendricks in the first year alone, many from New Mexico Jews who claim Spanish ancestry (or Spanish surnames adopted to allow them to take advantage of the affirmative-action laws they helped pass). So now Spain’s put the brakes on the program, and New Mexico’s unchosen Chosen are lobbying their elected officials to force Spain to let them in.

The Sante Fe New Mexican interviewed one of the frustrated farbissiners, Jean Stevens, who kvetched that the Spanish government “strung her along” for two years and didn’t inform her that her application had been rejected. She also complained that her brother hadn’t told her their father was dying until he was already gone.

And then McDonald’s left her fries on the counter for ten minutes until they were soggy.

This woman has no luck.

In an ironic twist of fate, Spain is facing so many legal challenges from barred Jews, the nation’s looking to up its quota of lawyers.

Some problems fix themselves.

TWO-POINT CONVERSION
Of course, in the circle of life, when something exits, something else enters. As New Mexico prepares to lose Jews, Ohio just got new ones. A black family in Canton recently converted to the militant “Hebrew Israelite” faith, and, eager to display their newfound Judaism, they stopped eating pork and started becoming litigious.

The family’s suing their son’s high school athletics department because, they allege, the coaches forced the boy, a star (of David) football player, to eat pizza with pepperoni on it, in violation of the family’s long-standing (like, almost an entire year!) religious traditions.

The coaches countered that players were given a choice of pizza or chicken nuggets, and apparently little George Washington Kosher went for the pizza, removing the pepperoni before eating it.

“If the idea of Russia turning the West’s cows against us seems far-fetched, to Putin it wouldn’t be.”

No matter, said the school. The head coach and six assistants have been fired. Of the fired staff, all but two are black.

You become Jewish and immediately you get rid of the schvartzes. McKinley High athletics department has been gentrified!

The coaches are countersuing the family for defamation, and while the family has obtained a fine Hebraic lawyer as befits their new identity, the coaches have hired a bargain-basement black one who’ll take any case for only $16.19 an hour.

According to the Daily Mail, the student has transferred to another school after facing bullying and harassment from his teammates, several of whom belong to a violent anti-Jewish street gang, the Libel Bloods.

You’re Jewish for just a few weeks and already, an expulsion. Hopefully he’ll have better experiences at camp.

No word on where the exiled boy will end up, but Spain could probably use a good kicker for its national soccer team.

THE BOYZ IN THE BUBBLE
From the Harlem Renaissance through the black-power movement, poems about black Americans have uniformly stressed one defining characteristic: strength. The power to survive and thrive under all manner of oppression and strife.

I am the darker brother.
They send me to eat in the kitchen
When company comes,
But I laugh,
And eat well,
And grow strong.
—Langston Hughes, 1925

How the hell did black America become so fragile? Blacks go around these days acting like they’re made of porcelain. A slight wind might break ’em! “Racist thoughts” in the ether are shortening their life spans, giving the men hypertension and the women miscarriages, and causing low birth-weight in babies.

And whites aren’t just buying into this but enabling it. Last week saw a spate of stories about how Covid treatment is being denied to whites because hospitals, clinics, and health departments now consider being black a high-risk comorbidity. This isn’t just happening in blue states; it’s happening in places like Texas and Utah (where a perfectly healthy one-quarter-black college athlete would get preferential treatment over a 70-year-old white man with cancer).

The Biden administration (“I’ll take ‘three words that are never followed by anything good’ for $400”) has backed a lawsuit by black Whole Foods employees who were prevented from wearing BLM face masks (Whole Foods has a blanket “no political attire” policy for employees). The black workers, supported by the National Labor Relations Board, are invoking a section of the National Labor Relations Act that guarantees workers the right to not feel “unprotected” in the workplace. The employees are literally saying the BLM masks “protect” them from dying of racism.

Today’s woke, fragile blacks “rise like air” because it’s the only thing in their head.

MOOS OF THE WORLD
Turkey may be a nation long past its prime when it comes to being a defining world power, but boy, when it comes to strapping cumbersome electronic gear to the faces of cows, they’re the international leader.

A farmer named Izzet Kocak (well, izzet kocak or isn’t it?) in Askaray (izzet kocak? Askaray!) has announced to the international press that he’s found a high-tech way to up milk production on his dairy farm: He’s affixed VR headsets to his cows. The headsets make the cows believe they’re standing in a lush, green pasture, instead of the cramped indoor pen of a local lunatic.

According to Kocak, ever since he put his moo-cows in the Matrix, milk production has risen from 22 liters a day to 27. He told Metro that the cows are “happier” now, though there’s a rumor it’s because animal-rights hackers replaced the VR pastoral images with scenes of the entire herd stomping the living crap out of Izzet Kocak.

Metro noted that the bovine VR headsets come from a lab in Russia. Not to get paranoid, but Putin’s an old-school spook of the poison-umbrella type. The dude never shies away from a wacky scheme, be it putting radiation in tea, dousing fathers and daughters with nerve gas, or transforming the Ukrainian president into Deadpool.

If the idea of Russia turning the West’s cows against us seems far-fetched, to Putin it wouldn’t be. Now that the VR headsets are being given a test run in Turkey, expect them to be the next big thing in the U.S. All day long, cows will receive subliminal messages: “Kill the Americans and their children! They seek to eat you; it’s you or them. Crimea was always part of Russia!”

There are 93 million cows in the U.S.—more than double the population of California. Still, the Soviet fifth cowlumnists might be slightly hampered by their inability to use a gun or knife or, like, do anything but plod.

But woe be to any teenagers who try to tip them.

They will bury moooooo.

DEFACE OF STUPIDITY
Opposite parts of the world, similar idiots.

In Greece, two gay men decided it would be a hoot to film a hardcore X-rated sex scene at the Acropolis in Athens. This is against the law over there, as no filming of any kind is allowed at historical landmarks without the express written permission of the Ministry of Culture.

But really, lack of a permission slip is the least troublesome thing about that shoot. Greek law forbids “any action on a monument site, which may directly or indirectly cause destruction, damage, pollution or alteration of its form.”

Police are searching for the men, who apparently aren’t the sharpest Spartans in the Hot Gate, because they showed their film at a university, and authorities got a copy.

As everyone in the room stared at him, the cop cleared his throat and said, “How ’bout that Panathinaikos match last night? That last goal was a nail-biter!”

Meanwhile, in Big Bend National Park in Texas, vandals defaced an 8,500-year-old prehistoric stone carving depicting “abstract images of geometric forms, circles, and undulating lines” (this was from early man’s Spirographic period). Not surprisingly (because what could such people be except complete morons?), the vandals carved the date of their visit and their names into the defaced rock: Norma, Adrian, Isaac, and Ariel.

“You wrote your friggin’ names.”

“Whoooooah…an almost perfect crime. If only we hadn’t made that one little mistake.”

The hardest rocks are inside those cretins’ heads.