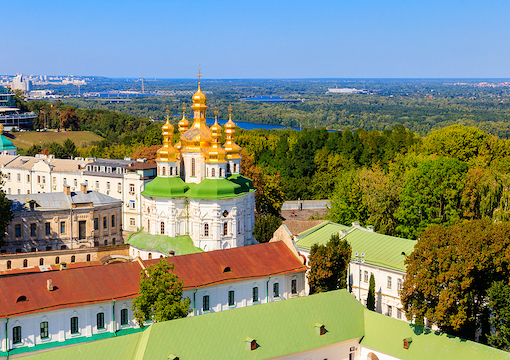 The Week’s Most Straining, Sustaining, and Ukraining Headlines

SKOR-ZANY
Otto Skorzeny epitomized “strange bedfellows.” The Waffen-SS Obersturmbannführer was the Errol Flynn of the Third Reich, performing feats of derring-do for his Führer, much to the chagrin of Europe’s Jews. Yet later in life, Skorzeny was recruited by the Mossad to carry out operations for Israel (“schmaltz herring-do”).

And today the world’s witnessing even stranger bedfellows: Ukraine and Israel. For decades following WWII, Ukrainians were held as uniquely contemptible by those in the Never Againosphere (“Dey were da woist collaboratahs of da Holocaust”). Israelis loved nothing more than making elderly Ukies face the gallows.

Back in 2018, Haaretz reported that Israel was funneling arms to the Nazi fanboys of Ukraine’s Azov militia. Indeed, it’s very likely that some of the weapons being employed right now by Azov against invading Russian troops are Israeli-supplied.

In 2019, Sergey Glazyev, adviser to Vladimir Putin, penned an article on his blog accusing Ukrainian President Zelenskyy and the Azov militia of conspiring with Israel to “cleanse” ethnic Russians from disputed parts of Ukraine in order to repopulate the areas with Jews!

It’s the ol’ genocide switcheroo: The cleansed become the cleansers.

Whether Glazyev’s accusation is true or a total Babi Yarn, the fact is, Israel’s uncharacteristic silence during the current chaos might lead some observers to conclude that there’s intrigue afoot, if not for the fact that Israel has never, ever, ever been known for intrigue (unlike those shifty Samoans).

Funny enough, the only sound coming from the not-barking kosher hot dog last week was a plea by the Israeli government and Yad Vashem to spare Russian-Jewish oligarch Roman Abramovich from sanctions, as he’s the single biggest donor to Israeli Holocaust remembrance institutions. Deprived of Abramovich’s dough, Jews are worried they might forget to remember.

If this whole Israel/Ukraine/Russia thing seems convoluted, it’s likely by design. Hopefully some blond cheerleader will say the “N-word” on TikTok soon, and the American press can focus on simpler matters.

DUDE AIN’T NO ROCKET ZIONIST
Of course, if Israel isn’t keen on publicly interjecting itself into the Russia/Ukraine conflict, certain “friends” of Israel are more than happy to oblige…whether Israelis want them to or not.

“What do you do when you’re in pain but too dumb to see an MD? Why, you pay a Third Worlder to perform drunken surgery.”

If you were perusing the evening news last week and wondered why Gary Oldman was back in his “elderly Dracula” makeup from the Coppola film, in fact what you were watching was the triumphant return of televangelist Pat Robertson, rocking a knit sweater and looking more like your grandma than your grandma does.

Robertson emerged from retirement to warn the world that Putin is only pretending to attack Ukraine. His actual target is Israel, which he’ll attack after taking Ukraine and Turkey.

And why is Putin sowing such nefariousness?

Why, he’s the Antichrist, of course, who seeks to destroy Israel to bring about the End Times.

For the record, Putin is roughly the 500th public figure Robertson’s accused of being the Antichrist over the decades. Previous nominees for Satan of the Year have included Gorbachev, Clinton (Bill & Hillary), Qaddafi, Khomeini, Sadat, Hussein, and Johnny Depp (this was based on Robertson’s misreading of Revelations 6:8—“Behold a pale horse: and his name that sat on him was Depp, and Hell followed with him”).

Also, the Russia/Ukraine war is just one of many events Robertson incorrectly predicted would lead to the end of days. Previous misfires include the Gulf War, the Iraq War, the Israel/Lebanon War, the Lebanese Civil War, the Iran/Iraq War, and of course the 2000 Super Bowl halftime show with Edward James Olmos and dancing Aztecs.

Following Robertson’s dire warnings, a spokesdemon for Satan vehemently retorted that Putin is by no means the Antichrist: “It’s Aaron Sorkin. It’s always been Aaron Sorkin. We put him on earth to torment mankind with his cloying, clichéd writing, but it turns out a lot of you actually like him. We greatly underestimated your tolerance for crap.”

INCONTINENTS
With everybody and their ’tarded cousin weighing in on the Ukraine conflict, last week the ’tardedest cousin of all decided to opine.

Nikole “Bae” Hannah-Jones, the “1619 Project” pseudohistorian fraud, graced the world with her “hot take.” And man, was it hot and steaming:

What if I told you Europe is not a continent by defintion [sic], but a geopolitical fiction to separate it from Asia and so the alarm about a European, or civilized, or First World nation being invaded is a dog whistle to tell us we should care because they are like us.

Behold the wisdom: Europe’s not a continent, and fears about the Russia/Ukraine conflict are grounded in white supremacy.

And for one brief moment, all fighting ceased, as every player—Russian, Ukrainian, Belarusian, Chechen—paused on the battlefield to acknowledge that “Bae” is a moron.

As for her claim that global concerns regarding the Russia/Ukraine war are based on Eurocentrism, it’s far more likely that those concerns are rooted in the fact that any European war has the potential to go nuclear. That’s why Kalahari Bushmen skirmishes don’t generate headlines. When your wars involve throwing mud and sticks, they just don’t make the history books.

“We have nothing to fling but poo itself” might’ve been an inspirational speech for the Basarwa hunter-gatherers, but it’s not the stuff of Netflix documentaries.

Still, be on the lookout for Nikole Hannah-Jones’ next ten-part NY Times series, “Why Antarctica Gotta Be So Cold,” coming next month.

NEW JACKIN’ IT CITY
As if young black men don’t already have enough on their plate—work, school, summonses, child support, and keepin’ it real—this cruel, unforgiving world is now demanding something else from them, something of a most personal and private nature…

This was a front-page WSJ story.

WSJ founder Charles Dow in 1889: “My shining new beacon of financial edification shall enlighten prosperous men of substance in the daily workings of the market.”

Dow: “Bosh! Pshaw! A most idiotic prognostication, Bunky. I rue the day I purchased you from that syphilitic street vendor.”

WSJ offers several explanations for the nationwide lack of semaaaaan: Covid’s made it more difficult to recruit donors at colleges and universities, and most sperm banks require a criminal background check before accepting a guy’s goo.

Another, unmentioned explanation might be that young black men love giving kids to single women—they just prefer doing it the old-fashioned way. For a demographic often derided as work-shy and prone to shortcuts, young blacks can at least pride themselves on the fact that generations of single black women got knocked up by men willing to “do the work” one-on-one.

The WSJ interviewed a black sperm-seeker who claims that she’s looking for a man whose seed will ensure that her child’s born with cornrows.

So maybe that’s another reason for the problem…a general lack of understanding in the black community of what DNA actually does.

GIMP ON THE BARBIE
The Australian government thought it could club the living hell out of its citizens to enforce Covid regs (you know, “for their own good”) and the brain injuries incurred from the beatings wouldn’t have any ripple effects.

It’s not like Aussies were geniuses to begin with, so repeated bonks to the noggin could only make things worse.

Kalman Tal is a fine example of Aussie brilliance. The 66-year-old white man from Queensland was constantly complaining about pain in his left leg, but he refused to see a doctor:

“Crikey! Me bloody leg’s givin’ me wuckas, deadset. Walkin’s hard yakka, mate. No furphy, cobber. No ambo, bloody oath; I’ll nut out on me own.” [Translation: “My leg is causing me great pain, it’s true. I walk with tremendous difficulty. I’m not lying, my friend. But I shall not call an ambulance; I’ll deal with this on my own.”]

So what do you do when you’re in pain but too dumb to see an MD? Why, you pay a Third Worlder to perform drunken surgery.

Tal gave a Melanesian banana-picker $5,000 to take his leg off with a chain saw.

Melanesians are barely one genetic step above aborigines. In fact, in Vanuatu, banana-pickers are considered elites (“Look at Mr. Bigshot over there pulling fruit from a tree…he’s too good to dig for bugs with the rest of us”). Still, John Yalu, the man Tal chose for the job, wanted to disprove the stereotypes surrounding his people. With a steady hand, after a few beers, he delicately amputated Tal’s leg and…

Surprised by the blood-spew and agonizing cries of pain, Yalu ran away in a panic, leaving Tal to bleed out.

Yalu’s in custody, though detectives don’t know what to charge him with as there are many witnesses to the fact that the entire scheme was Tal’s idea.

Frustrated by what one Queensland cop called “the most bizarre case we’ve ever seen,” the police took a break to go beat some unmasked children.

Everyone needs a stress reliever.