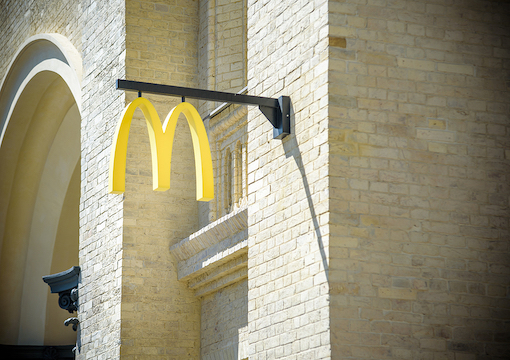 The Week’s Most Caddying, Daddying, and St. Paddying Headlines

How can you spot an Irish Jew? She thinks the IRA is a retirement account. She joined Sinn Féinberg and assassinated someone with a carbaum. She once captured a leprecohen, but its pot was filled with matzo balls.

Penny describes herself as “genderqueer, pansexual, and polyamorous,” which is a verbose way of saying “raving lunatic.” Her books are dedicated to slamming “transphobic” women who aren’t down with the whole “women don’t exist” thing.

Penny considers herself a “survivor of CPTSD.” “CPTSD” is post-traumatic stress disorder with a “C” in front to signify “complex,” which means “an idiotically convoluted reason for why I’m claiming PTSD.”

Penny never experienced any of the things that cause PTSD. She never fought in a war, or fled rape gangs in a Third World hellhole, or made a movie with Alec Baldwin. No, she claims that her “CPTSD” comes from the fact that her books get bad reviews.

I’m on a train, and have just diagnosed myself with Complex PTSD because a fella has just opened a packet of Cheesy Wotsits. I should be cured by the time I reach Darlington (unless some homophobe reviews this tweet & says it’s crap).

I’m the person whose mental health history is being mocked in this tweet, along with everyone else who has experienced CPTSD- including a lot of your readers.

To which J.K. Rowling replied:

Laurie, you claim to be suffering PTSD because of *bad book reviews.* Bad reviews are part and parcel of being a writer. If they cause you equivalent trauma to being bombed out of your house or witnessing the murder of loved ones, maybe find a job where dishing it out, but not being able to take it, is a key requirement.

Forget Oprah’s Book Club; this is Oprah’s Fight Club. Take it into the ring with Joe Rogan as color commentator, and you just might attract an entirely new male demographic to feminist lit.

In the classic Japanese movie series Lone Wolf and Cub, disgraced, widowed assassin Ogami must decide whether to mercy-kill his baby or train him in the way of the samurai. Placing a child’s bouncy-ball on the floor alongside a sword, Ogami waits to see which one the baby crawls toward. The ball? He dies. The sword? He’ll become his dad’s protégé.

Fifty years ago, this was the stuff of pulpy action films. Today, it’s how we’re supposed to decide a child’s gender. The old method of actually looking at a newborn and saying “penis or no penis” has been supplanted by “my male toddler chose a doll over a fire truck, so he’s actually a girl! Let’s lop off his genitals.”

Back in 2016, Texas mom Amber Briggle thought she had a daughter, until the child chose fire truck over doll. So the daughter became a son, and when Texas Attorney General Ken Paxton announced his opposition to mutilating children based on the doll/fire-truck test, Briggle invited him over for dinner, to soften the evil redneck’s heart.

Surprisingly, Paxton accepted the invitation, but it didn’t make his Grinchy heart grow. Instead, what Paxton saw was a parent mind-warping an innocent child, so following the dinner, he actually doubled down on wanting to limit the ability of parents to hire mad scientists to turn their children into human centipenises.

And now that Paxton, along with Governor Abbott, is finally cracking down on the Frankensteining of minors, Amber Briggle and other parents of forcibly “resexed” children are claiming that the drive to stop the surgical and chemical mutilation of kids has given them “trauma.”

Yes, preventing parents from lopping off the body parts of children is worse than a deadly pandemic.

And just like that, Ogami the assassin looks perfectly sane by comparison.

At least when his son chose the sword, Ogami didn’t use it on the boy’s ball.

DEAD MAN KVETCHING
Call it the Shawschmuck Redemption. Or the Greenberg Mile.

“Only KFC initially refused to pull out of Russia, but that’s because Putin has the Colonel compromised with a pee tape that would’ve revealed the horrifying secret behind those ‘11 herbs and spices.’”

Jewish community leaders in Phoenix (the retirement mecca for Jews kicked out of Miami for going “oy, the humidity” one too many times) have filed suit to block Arizona’s use of cyanide gas in prisoner executions because it’s “traumatizing” for Jews to see “Hitler gas” used at “taxpayer expense.”

More than likely these are the same Democrat-voting Jews who pour millions of dollars annually into Planned Parenthood (“Dr. Mengele’s Snip ’n’ Save Abortion Clinic! You concept ’em, we dissect ’em!”).

In announcing the lawsuit, Tim Eckstein of the Jewish Community Relations Council of Greater Phoenix told the press: “Approximately 80 Holocaust survivors currently call our state their home and many of these survivors are horrified at being taxed to implement the same machinery of cruelty that was used to murder their loved ones.”

In fact, Arizona gives condemned inmates the choice of gas or lethal injection. So really, these Jews are trying to take away the last free choice the condemned men have.

Kinda cruel, when you think about it. “You’ll take the injection and you’ll like it!”

Fauci should put these Jews on payroll.

Ironically, American gas chambers predate the Third Reich. The first gas chamber execution on American soil was in Nevada in 1924. The inmate was a Chinese fellow, Gee Jon, who’d killed a fellow Chinaman in a gang fight.

And that’s the core reason for the outrage by Southwestern Jews. Gee was executed before he could finish his food deliveries. In Henderson, there are still Jews waiting for their egg rolls and chow mein.

STINGER-LICKIN’ GOOD
Providing lethal aid by cutting lethal aid…an odd wartime strategy. The same leftists who demand that the U.S. supply Ukraine with Stingers and Javelins to kill Russians are also demanding that the U.S. cut off Russia’s supply of unhealthy food that kills Russians.

Fast-food joints like McDonald’s are being ordered to stop operating in Russia.

Cross-purposes? Don’t we want fat, lazy, “supersized” Russkies? Isn’t it helping Putin’s evil empire if we deprive his minions of addictive crap that renders them obese and slothy?

Only KFC initially refused to pull out of Russia, but that’s because Putin has the Colonel compromised with a pee tape that would’ve revealed the horrifying secret behind those “11 herbs and spices.” But now even KFC’s joined the boycott.

Joining the boycott, Starbucks has also closed its Russian locations, robbing those filthy reds of the simple pleasure of a $12 cup of coffee.

These punishments are harsh indeed.

Perhaps a more helpful strategy would’ve been to let Russia keep its McDonald’s and Starbucks and we ship over our supply of big-boned weave-wearing black women who brawl over fries that be takin’ too long and young black men who wreck Starbucks because they want to use the bathroom without ordering anything.

We could easily part with a few thousand of such stellar citizens.

And the Russians would cave in a week.

FROM PIGMEAT TO DEAD MEAT
Pigmeat Markham was a defining black vaudevillian of his era; he drew huge audiences back in the days when blackface was a popular option for white comics but a requirement for black ones.

But the thing is, when social standards changed, and blacks were not only allowed but encouraged to show their real faces on stage, Pigmeat couldn’t do it. He could only be comfortable in blackface; he felt “protected.” Dubbed “the last man in blackface,” Markham ended up being attacked by the NAACP for his refusal to go barefaced.

As Democrat politicians are finding out to their dismay, leftists have Pigmeated themselves regarding Covid masks. Even if you tell them to de-mask, they won’t. They can’t.

This is the end-stage of Covid dementia: a nation of Pigmeats told by their own allies, “For God’s sake show your damn face already!”

Last week NYC mayor Eric Adams realized, much to his chagrin, that his city’s schools are run by Pigmeats. Even as Adams tries to end masking for K-through-12 students, teachers and principals are “ignoring the science” and ordering students to “mask up” anyway.

Adams went so far as to accuse mask-mandating school officials of “bullying” their students into wearing masks.

Good luck getting them to stop. NYC still requires children ages 2 through 4 (the demographic least needing it and most harmed by it) to “mask up.”

When there’s no logic or reason to the rules, it’s hard to tell the obsessives to get sane. Nothing about any of this is sane.

Except in Florida, where last week the state surgeon general came out against not just masks for kids but vaccinations for children who don’t have comorbidities.

Florida: on the front line of battling Covid blackface.