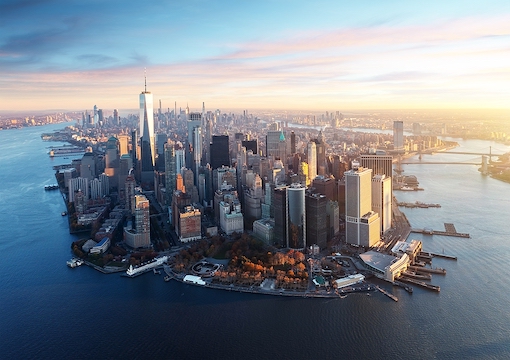 The Week’s Most Calming, Psalming, and Sunday-Palming Headlines

THE BIG APPLE’S GENDERLESS WORMS
NYC mayor Eric Adams has a hard life. Like getting court orders to smother toddlers with unnecessary masks, and then partying maskless with boozing billionaire “actress” Cara Delevingne (a descendant of British-Jewish aristocracy whose permanent expression of contempt for humankind has redefined “resting bitch face” as “resting Soros face”).

Another difficulty faced by hizzoner is that the city’s out-of-control crime wave has caused an exodus of taxpayers. So Adams is using leftist outrage over Governor DeSantis’ grade K–3 anti-sexual-propagandizing law (which liberals have fraudulently dubbed “don’t say gay”) to lure well-to-do gay Floridians to his rotting city.

Last week, still hungover from the Delevingne event (especially the part where she challenged him to a “kick the peons in the teeth” contest), Adams unveiled a series of digital billboards around the city bragging that in NYC, you can “say anything.”

“GAY GAY GAY! Come to the city where you can say whatever you want,” read one of the billboards.

Unfortunately, even if NYC residents can say whatever they want, most of the time, they end up saying the exact same things:

But in fact, NYC is not a place where you can “say anything.” You can say “gay,” but you can’t say “mother.” At the exact same time Adams was unveiling the billboards, the city’s Department of Health chief medical officer, Dr. Michelle Morse, apologized for referring to women who give birth as “mothers” when she should’ve said “birthing people.” She promised to never again “gender” birthing people by using such a filthy word.

Yep, surely tons of Floridians are gonna trade their beautiful and sane state to go live in a lunatic asylum.

And to those who do? Good riddance!

NATIONAL “PUNCH A WOMAN IN THE THROAT” DAY OF VISIBILITY
Finally, the world has proof: Reincarnation is real.

Look at this photo of old-timey funnyman Arnold Stang.

Now look at this photo of tranny “rapper” Faye Fadem.

It’s Stang, reincarnated as a mentally troubled dude in a wig.

Mind you, certain things get lost as the soul is reborn. For example, Stang was funny on purpose.

Fadem made headlines last week after “it” released a rap calling for the murder of author J.K. Rowling for blasphemy (Rowling adheres to the heretical belief that women exist). The musical monstrosity also spoke of “killing TERFs” (“trans-exclusive radical feminists,” a.k.a. women who believe in biology).

“Only someone as ignorant as a modern-day American educator could fail to see the connection between the rewarding of hate hoaxes and the proliferation of hate hoaxes.”

To no one’s surprise, Twitter refused to ban Fadem’s video. Whereas a rightist can get banned for any flimsy reason, a leftist can literally say, “I’m gonna kill those with whom I disagree,” and Parag Agrawal dons his Frank Zappa mask and gives a speech about the value of free expression.

This time, Agrawal’s charade failed. After Fadem’s threats hit the press, Twitter abruptly removed the video. But it allowed Fadem to retain this gem: “I put out a new music video today for anyone who has ever thought about punching a TERF in the throat.”

On Twitter you can only acknowledge the existence of biological women if you say they should be beaten.

Agrawal should take off the Zappa mask and put on the Chris Brown one.

Arnold Stang woulda never punched a woman; he was a lovable little nebbish.

THIS WEEK IN HATE HOAXES
With a new incident almost every week, hate hoaxes are fast becoming America’s largest employer. College students struggling with debt merely have to write “nigger” on a bathroom wall, and voilà, that GoFundMe pays off their bills. College admins and professors, no longer teaching anything that matters in the real world, get paid to hold “racial healing seminars.” And the FBI, which long ago lost interest in catching murderers and solving real crimes, can justify its budget by dispatching hundreds of agents to interrogate a piece of string.

A few weeks ago at Our Lady of Mercy School for Young Women in Rochester, the following was found scrawled on a bathroom wall: “This school is filled with a bunch of niggers. Get out or else!!”

So of course, there were BLM marches and promises from the administration to severely punish the culprit.

Until it turned out a student of color did it.

The twist came when it was discovered that although the offending student is black, her family’s of Hispanic descent. Social justice orgs declared that therefore she can’t be black:

“NOT TRUE… she is HISPANIC… a Hispanic is NOT considered African American is no way!!!” tweeted one Rochester activist.

So no black person of Hispanic descent can ever be called American? Wow…that sounds kinda, what’s the word? Racist. Nativist, even.

Funny how the graffiti was fake racism but the response was real racism.

True to form, administrators thanked the hate-faker for “opening a discussion.” The school will now increase its diversity programs.

Only someone as ignorant as a modern-day American educator could fail to see the connection between the rewarding of hate hoaxes and the proliferation of hate hoaxes.

That said, it looks like such hoaxes are becoming not just America’s leading employer, but its newest export. Russian-Ukrainian Jewish oligarch Pavel Fuks was accused last week of paying teens to spray-paint swastikas all over Kyiv in a scheme to blame it on local “Nazis.”

Fuks says Putin made him do it.

But as Ukraine’s leading funder of Holocaust remembrance institutions, there might just be another reason for the hoax!

Paging Sarah Silverman: We finally found your sidewalk swastikas! And a Jew did ’em.

UNNECESSARY PRE-SURGERY
It’s fitting that in England, the nation that gave us Life of Brian (a film in which one of the male characters obsesses over wanting to give birth), life is imitating comedy.

British doctors now view Life of Brian as an instructional.

Doctors in England must now ask any male patient scheduled for an X-ray or MRI if he’s pregnant.

Doctors are wasting their patients’ time with idiotic questions to please the tranny lobby, which ruthlessly enforces the doctrine that “men can get pregnant.” And doctors have to play along, because every time a British doctor doesn’t properly recite his lines, a hundred tranny children commit suicide Heaven’s Gate-style.

Funny enough, the male Heaven’s Gate cultists cut off their nads before committing mass suicide. But oddly, we still refer to them as men. Because even a castrated man is still a male.

But hey, that’s just biology. Don’t expect doctors to care about that!

The “ask men if they’re pregnant” policy has been endorsed by the British Society of Radiographers. Which suggests that British radiographers might have serious radiation-poisoning-induced brain damage.

No word on whether British doctors are also going to have to do the “cough and drop” hernia test on their female patients. Hell, why not go the full Monty Python and force all female patients to have a prostate exam?

That might just create an entire nation of TERFs.

Trannies, be careful what you wish for.

BOSS IS COMIN’—LOOK BUSY!
Well, it’s finally happened. After decades of hearing black thugs protest to police that they “dindu nuthin’,” for once, it turns out that some of them are telling the truth. Unfortunately for the people who donated money to BLM in the belief that it would go to “activism,” what the leaders of BLM “dindu nuthin’” with was all that cash.

They just pocketed it.

This is separate from all those other multimillion-dollar houses BLM cofounder Patrisse Cullors bought for herself last year. This is a mansion for all BLM leaders to use as a resort. A getaway from the ghetto; a home away from homies. According to a damning piece in New York magazine last week, BLM leaders did everything they could to hide the house from their donors.

What finally gave away the game?

Three BLM bimbos—Cullors, Alicia Garza, and Melina Abdullah—shot a video of themselves sharing drinks and toasting their success in front of the house!

It’s the Achilles’ heel of every black thief: They get away with the dough, but then they just have to post photos online where they pose with the loot.

NY mag came into possession of internal BLM memos detailing how leaders were planning to deal with the exposé. Some memos suggested trying to “kill” the story. Others recommended “deflating” it. Some argued that the mansion should be presented as a “safe house” to protect BLM leaders from the KKK. But since most people hiding in safe houses don’t post videos of it online, it was finally decided that the official story will be that the mansion was purchased “to serve as housing and studio space for recipients of the Black Joy Creators Fellowship.”

And the day after the NY mag story dropped, BLM tweeted “We are bringing Black Joy, Black Art, and Black Voices to the top of your newsfeed with our new Fellowship and Creator House.”

Total coincidence. They wuz gonna do that anyway.