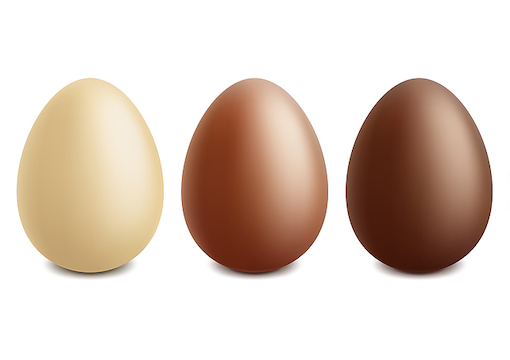 The Week’s Most Shining, Pining, and Passover-Wining Headlines

GIVING UP DECENCY FOR LENT
Lent used to be about resisting evil. Now one church is making it about giving in.

After all, what better way to show devotion to God than by rejecting a large segment of His creation? According to a Chicago church, all humans are made in the image of God except whites.

It’s hard to say whether First United Church of Oak Park is an actual church, or if someone just scribbled the word “church” in front of an insane asylum for a tax break. This year, these Presbyterian psychos decided to give up white people for Lent.

For the record, First United is a predominantly white congregation. Because of course it is.

Last month, the church’s pastor, Rev. John Edgerton, made the announcement that anything “white” (himself and his congregants excluded) would be banned from church during Lent. Last week, someone outside the cult, sorry, “church,” noticed, and it made the press.

The pew-filled nuthouse’s website explains that the ban on “white” even extends to long-dead composers and sacred texts:

In our worship services throughout Lent, we will not be using any music or liturgy written or composed by white people. Our music will be drawn from the African American spirituals tradition, from South African freedom songs, from Native American traditions, and many more.

Wait, isn’t that “appropriation”? Don’t Africans and Indians usually balk at whitey stealing their “sacred traditions”? One wonders if the congregation performed those “sacred” songs in blackface or with feathered headdresses. And did Reverend Edgerton introduce the negro spirituals in the voice of a 1910 black vaudevillian?

This Lent, it seems that God has given up the First United Church of Oak Park.

MAXINE WATERS RUNS SHALLOW
The first rule of throwing a successful “gibs me free” party is to actually have free stuff to gibs.

Otherwise, it’s like throwing a birthday party with no cake. But Congresswoman Maxine Waters, whose entire career has been one long audition for the title role in the gender-swapped reboot of Rain Man, sees no problem with disappointing her party guests. After all, they should be happy just to be there, basking in the glow of her wig’s Afro Sheen.

Last week the L.A. Times dared to publish a story about something that happened back in March, when hundreds of L.A.’s street dwellers flocked to South Central because Waters had promised free Section 8 housing vouchers to all who showed up.

And what a glorious procession of L.A.’s best and brightest it was! The drunks put down their Sterno and put on their Sunday best (the shirt with the nice vomit pattern), the druggies removed the needles from their arms and wiped the huffed paint from their faces, the layabouts stored their “starving and broke; please give” signs in their $500-a-month temperature-controlled taxpayer-funded storage units, and the schizos took the knives out of the pedestrians they were butchering, using the blades instead to carve “thank you Maxine” into their bare-naked chests.

And off they went to Gibstravaganza, marching joyfully down Florence Avenue. It was like the Rose Parade, if roses smelled like feces.

Unfortunately, when they reached their destination, ol’ Maxine had plum forgot to bring the vouchers. So the crowd turned nasty, surrounding Waters and berating her.

At which point she told the homeless people to “go home.”

“Congresswoman Waters, the studio called: You got the Rain Woman role!”

When the jetsam reminded Waters that they have no homes to go to, she laughed and cussed them out.

Dejected, L.A.’s detritus slithered back into the sewers. Waters ordered the Times to hush up the incident, and because she’s a black Democrat, nobody screamed “fascist.”

COVID CLAPS BACK
Covid lockdowns sure made Americans crabby. And not just in the figurative sense.

“Covid lockdowns sure made Americans crabby. And not just in the figurative sense.”

According to the CDC, the CDC’s response to the Covid pandemic caused a meteoric rise in sexually transmitted diseases, which the CDC is now bitching about because how could the CDC have possibly known that idiotic CDC measures would have unforeseen ripple effects?

A CDC report released last week details how the agency’s policy of locking down Americans, closing businesses, mothballing workers, preventing participation in outdoor activities, and basically confining folks to their homes, combined with discontinuing “nonessential” medical services like STD screenings, combined with preventing people from seeking medical treatment for non-Covid-related maladies, combined with redirecting resources away from non-Covid diseases, combined with labs being instructed not to run tests on anything but Covid, combined with millions of Americans losing health care due to lockdown-related unemployment, has led to an American renaissance in STDs.

“In spring a young man’s fancy turns to thoughts of penicillin.” And indeed, spring is in the air, but that odor ain’t flowers; it’s 2.4 million new cases of chlamydia, gonorrhea, and syphilis since the start of the pandemic.

Well done, CDC. Give yourself a hand (but please wash it first).

According to the CDC’s report, the STD epidemic is heavily centered on young gay men.

See what happens when you close the antique stores? When you cancel all the Cher and Streisand concerts? When you shutter the all-male choirs? An idle gay hand is the devil’s twerkshop.

The CDC is hoping that the STD uptick will lead to an increase in its annual budget, because surely throwing money at the agency that created the problem is the best possible solution.

Syphilis is known to cause insanity, so perhaps the CDC directors are the ones who need to get tested.

SEPARATE BUT SPREEQUAL
Mind you, while the CDC was ignoring the STD epidemic, it was leading a crusade against Covid “misinformation” online, partnering with sites like YouTube to take down “dangerous” videos.

“Dangerous” as in doctors who disagreed with CDC findings (and in most cases those doctors have been vindicated over time).

And just as the CDC’s lockdown crusade conveniently missed the concurrent rise in venereal diseases, its YouTube crusade missed some genuinely “dangerous” videos that flew under the radar, because everyone was so busy hunting for “disinformers” who believe in natural immunity that they ignored a genocidal lunatic who was openly plotting a massacre.

Frank James, the NYC subway spree-shooter, spent the entire pandemic making YouTube videos about the race war he planned to start (“I’m wantin’ to kill everything in sight,” he declared in one video). But because James is black, not once did those videos set off any of YouTube’s ban alert ban alert alarm bells.

Because at least James never spoke in support of natural immunity.

The BLM-obsessed self-described “rage-filled black nationalist” also posted “kill all whiteys” memes on Facebook, but Facebook was too busy removing posts about vax side effects to notice.

One of James’ favorite talking points was segregation. White people and black people, he claimed, “shouldn’t live in the same hemisphere.” James also referred to Asians as “slant-eyed fucking pieces of shit,” and “Spanish-speaking motherfuckers” as “crimes against fucking nature.”

But by all accounts he supported masking toddlers, so his social media presence was allowed to thrive.

Some conservatives are claiming that James’ views on whites and racism are no different from those spewed daily on MSNBC. But comparing Frank James to Joy Reid is unfair. One is a grotesque, hate-filled low-IQ mentally unstable misery-causing racist scumbag, and the other has yet to have his day in court.

He must’ve mentioned Ivermectin during his arraignment.

A GARDEN STATE TRANNY MIRACLE
It’s only April, but New Jersey is already celebrating a virgin birth. Two female inmates at the Edna Mahan Correctional Facility in Clinton have found themselves pregnant.

How could this be? Every inmate is a woman, and none had any interactions with outsiders or male guards or administrators.

Truly, the world has witnessed a miracle of biblical proportions!

Turns out last year the ACLU forced the prison to house male inmates who claim to be women even though they have penises and all the other male “equipment.” So now the prison of 800 actual women houses 27 dudes in wigs and a full set o’ junk. One of the tranny transfers, identified as “Sonia Doe,” not only won the right to knock up actual women in his cell, he also received a $125,000 settlement from the state for initially being refused a transfer to a women’s prison.

No word on why prison admins didn’t foresee that pregnancy would be the inevitable result of caging men with women. Then again, if you believe that a male can think himself into becoming female, is it that much of a stretch to believe he can also think away his ability to reproduce via ejaculation?

As for the ACLU, which apparently now considers it a “constitutional right” for men to be locked in cells with women they can sexually assault (hey, the Constitution’s a “living document”! If it contains the “right to free college and health care,” it surely contains the “right to be called ‘ma’am’”), the reaction to the Virgin Births has been euphoric, with ACLU legal director Jeanne LoCicero declaring that the only way to prevent “harassment on the basis of identity” is to allow sexual assault on the basis of biology.

The ACLU: from helping Nazis to traipse through Skokie, to helping trannies do rapes in the pokey.