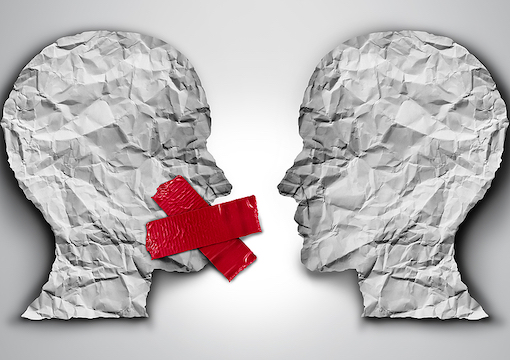 The Week’s Most Husking, Busking, and Elon Musking Headlines

BANNED, ON THE RUN
The danger in being a merciless tyrant is that if your regime is toppled, those to whom you showed no mercy will repay the unkindness a thousandfold once they’re the ones in power.

This must’ve been the main thing on the mind of Heinrich Himmler, who spent the first weeks after VE Day masquerading as a lowly one-eyed private named Hitzinger. Himmler’s jibber-jabber about SS “honor” was long forgotten by the very man who codified it. He hid like a coward and ran like a rat, knowing full well what vengeful treatment would be in store were he to be captured.

Surely at some point during his time on the lam, Himmler must’ve thought, “Y’know, maybe we shoulda listened to those guys who said, ‘Don’t declare war on America.’”

And maybe Twitter shouldn’t have mocked Elon Musk when he first mused about buying the platform.

Daring the world’s wealthiest and most brazenly trollish entrepreneur to “go for it” proved a fatal act of hubris.

And now, the Twitter wokestapo is on the run, a thousand Hitzingers fleeing from “payback tweets” now that rightist accounts are roaring back along with an unmuted desire for retribution after years of being silenced, restricted, banned, and doxxed.

Even Biden, the man they helped install as president, can’t save the Twitter Hitzingers now.

As reported in the Daily Mail, Twitter employees, especially those who wielded the all-mighty ban hammer, are in a panic. They fear being fired, and they fear repercussions from those they banned.

The Mail reports scenes of wailing, weeping, and screaming by the now-disempowered thought police. Many are even taking the ultimate way out—the figurative cyanide capsule—by deleting their accounts. As the Mail wryly notes, some of these overdramatic losers are leaving behind “last tweets” as their epitaph.

The only thing predictable about history is irony. Woke Twitter tried to erase conservatives, science, and women, only to be erased itself.

GOOGLE KEEPS US LUCIFUGAL
Of course, even if Musk succeeds in purging Twitter of wokeness, there are other influential platforms peddling the same poison.

“Lucifugal” means avoiding light. Lucifugous creatures are denizens of darkness. And Google has for quite some time dedicated itself to keeping its users in the dark, by skewing search results to bury facts and opinions that are inconvenient to leftists, by depressing search results for conservative sites, and even by automatically sending conservative emails to the spam folder in Gmail.

But now, in its most Luciferian lucifugalism yet, Google has launched an “inclusive language” function that will berate users who search for words that a few Ivy League inbreds consider “racist” or “gender oppressive.”

For example, if you search for “policeman,” Google will rebuke you for not searching for “police officer.” Ditto “housewife,” which should be “stay-at-home spouse,” and “blacklist” instead of “deny list.”

“Woke Twitter tried to erase conservatives, science, and women, only to be erased itself.”

Based on these new “improvements,” it’s very likely that by next year, you’ll be seeing Google searches like this:

[Typing] “Dentists in my neighborhood.”

Google reply: “Don’t you mean black dentists in your neighborhood?”

Google: “Why are you evading the question? Don’t you trust black dentists?”

“I have no problem with black dentists, but I want to see all dentists in my area.”

Google: “Just not the black ones.”

“I never said that! I’m looking for any dentist; I have a toothache.”

Google: “What happened? Did a black man sock you in the jaw for being racist? Serves you right, KKKlancy.”

Google: “Typical! Another white man looking to gentrify a black business. Stay in your lane, cross-burner.”

“Screw this; I’m going back to the Yellow Pages.”

BEETHOVEN? MORE LIKE HATEHOVEN
Beethoven be racist. In fact, all opera be racist.

Of course, it ain’t black people saying that (the number of black opera fans is roughly equal to the number of black comedians named “Scoey”). No, it’s (of course) whites, once again charging in to eliminate nonexistent hate speech because they read Robin DiAngelo (the L. Ron Hubbard for impressionable, self-hating whites) and realized that they must become “clear” of racism.

The New York Metropolitan Museum of Art has taken a break from masking the faces on its paintings (in The Death of Socrates, the philosopher is commanding everyone to mask up!) to rewrite Beethoven. In the Met’s current presentation of the opera Fidelio, the borderline tards in charge of production have changed the story line and added dialogue to make the opera about BLM.

And last week, the Baltimore Symphony Orchestra’s presentation of Beethoven’s Ninth saw the original vocals removed and replaced with a rap about BLM and transgenderism.

Those decisions were made by the orchestra’s musical director, Marin Alsop, a Jewish lesbian.

The “woking” of opera is the wave of the future among musical directors who have a deep abiding hatred of their genre. Still, it’ll be fun to see what comes next.

Word has it the Detroit Opera is preparing a production of Rossini’s Barbershop of Seville:

And it’ll be interesting to see what the Oakland Opera House does with Puccini’s Madame Big-Butt-erfly.

JIVEY LEAGUE
May 2023: All of Harvard stands frozen in anticipation. Admins, professors, and students gather in Memorial Hall, which has reached standing-room-only capacity. Those unable to get inside view the proceedings via closed-circuit TV.

The cafeterias stand empty. Who can eat at a time like this?

Today is the day the results of the university’s unprecedented $100 million research project into slavery will be revealed.

The project was launched in April 2022 following the release of the long-awaited 132-page Report of the Presidential Committee on Harvard and the Legacy of Slavery. The report, prepared by more than a dozen of the university’s top social justice activists (at least three of whom aren’t Ashkenazi Jews), was commissioned to establish Harvard’s complicity in America’s slave trade and, more important, to determine what actions the school must take to atone.

Regarding the first question, the report concluded that, from 1636 to 1783, seventy—yes, seventy—slaves were at one time owned by people who worked at Harvard.

Surely, the greatest crime in mankind’s history! To put that number in perspective, that’s more than one entire NFL team (but less than two, meaning that Harvard’s slaves wouldn’t have even been able to face off in regulation play).

An atrocity. So the Presidential Committee Report mandated that $100 million be set aside for the “study of slavery.”

A hush falls upon the crowd as Harvard president Lawrence Becow, an Ashkenazi Jew but that has nothing to do with anything, steps on stage, walking to the podium in the company of John Amos, who portrayed adult Kunta Kinte in Roots, LeVar Burton, who portrayed young Kunta, and Squakeisha Junkins of Atlanta, who tried to get a McFlurry that time but the machine be broke and that straight-up racist, y’all, ’cuz y’all know if she be white they be fixin’ that machine right now.

All eyes are on Becow as he opens a gold-colored folder.

“And now, on behalf of this university, I present the results of our $100 million study of slavery. I present this not just in the name of Harvard, but humanity itself.”

“Slavery is bad. Thank you and good day.”

And with that, the crowd files out of the auditorium into a better, wiser world.

NWA (NAZIS WITH ATTITUDE)
Just throw your hands in the air,
And heil like a Gauleiter!
All the sucka MCs beware,
Nobody spits like Adolf Hit-lerrrrr.

Austria has declared war on rappers, because apparently Austrians are very bored these days (what a far cry from the 1930s when Austrians were the life of the Party).

Last week, an Austrian rapper with the stage name “Mr. Bond” was hit with a rather hefty ten-year sentence for composing a rap that “glorified Nazi ideology.” “Bond’s” little brother got four years for running the rapper’s website.

Austria’s really onto something! The best way to stop oppressive fascism is to throw a guy in prison for a decade just for singing.

The harsh sentence has provoked outrage from music lovers the world over, not because they give a damn about the free-speech rights of neo-Nazis, but because how dare any European nation imprison rappers when Miker G and DJ Sven still walk free?

Seriously, THIS is a crime against humanity.

One of the reasons the Austrian Ministry of Lack of Irony Appreciation gave for the long sentence is that in 2019 an anti-Jewish gunman livestreamed his shooting spree in Saxony-Anhalt, using “Mr. Bond’s” music as his backing track.

For those in the U.S. who believe this nation needs to adopt stricter, European-style anti-speech laws, a point of order: If U.S. authorities jailed every rapper whose music was used in a shooting, there wouldn’t be a single rapper walking free and not a single rap song on the radio.