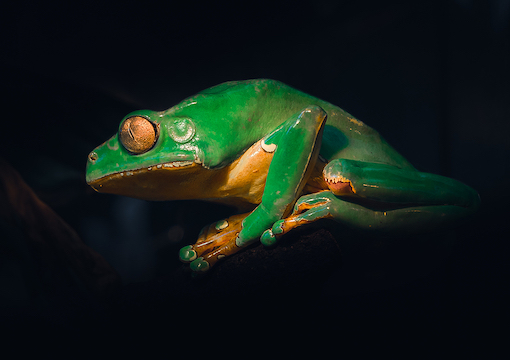 The Week’s Most Burying, Ferrying, and Primarying Headlines

ENOUGH WITH THE POLACKS ALREADY
Call it the Museum of Intolerance.

New York’s Museum of Jewish Heritage has banned Florida governor Ron DeSantis from speaking on its grounds. DeSantis was scheduled to give a talk on “the vibrancy of Jewish life in Florida,” but when museum officials learned that Jewish life in Florida doesn’t include getting mugged while walking to a bodega or being pushed in front of a subway car, they gasped, “You call that vibrancy? Where’s the excitement?”

Museum leadership also slammed DeSantis for banning transgender propagandizing of kindergartners. According to museum directors, this prohibition “does not align with our values of inclusivity.” Because of course a Holocaust museum is exactly the place to celebrate modern-day Mengeles who chop the privates off children.

In years past the museum had no problem hosting such divisive leftist figures as Bill de Blasio (a.k.a. “Warren Wilhelm Frick”), Israel foe AOC (a.k.a. “Googly-Eyed Genocide”), and Andrew Cuomo (a.k.a. “Maximilian Grabner”).

The Museum of Jewish Heritage’s “values” are best exemplified by its international arm, the Auschwitz Jewish Center in Oświęcim, Poland. Dedicated to abusing the Polish locals (because how dare they live in a city where Nazi occupiers built Auschwitz-Birkenau?), the center features an exhibit in which native Poles are instructed to abandon their identity and heritage to Third World immigrants. The exhibit, titled “Borders,” depicts Africans in traditional Polish cultural attire to demonstrate “the limits of Polish national identity against the backdrop of rapid social change.”

The Nazis tried to eradicate Poland by replacing the population with Germans. And now a New York-based Holocaust museum is trying again, this time using Africans.

DeSantis dodged a bullet. If he has to speak in NYC, better it be at the Fulton Fish Market. Compared to the Museum of Jewish Heritage, the stench is way less odious.

Turner didn’t just hit the honeypot, he hit the jackpot. As baby daddy to BLM cofounder Patrisse Cullors, Turner’s found himself on the receiving end of nearly one million bucks of BLM sucker—sorry, “donor”—dough.

Which apparently means fathering a baby and nothing else.

While Turner is living the life of Rioty for doing something most young black men do for free, BLM is coming under increasing scrutiny for the money doled out to Cullors’ family ($840,000 to her brother), the $3.2 million Cullors doled out to herself to buy four fancy houses, the $6 million Cullors and her girlfriends sunk into an L.A. party mansion, and the $2.1 million paid to BLM executive director Shalomyah Bowers for “support services.”

Rumor has it those “support services” consist entirely of exclaiming “You go, gurl!” every time Cullors burns down a Walgreens.

One disgruntled former BLM organizer, YahNé Ndgo, told the Daily Mail that there’s been zero oversight regarding the distribution of the org’s $42 million in assets. Worse still, Cullors reneged on a promise to buy Ndgo two additional vowels for her surname.

Feeling as untouchable as a Hindu latrine-cleaner and ten times as pungent, last week Cullors went on MSNBC to boast about all the “white guilt money” she be throwin’ around. She also declared that questioning the use of BLM funds is racist, and IRS tax laws are “triggering.”

When asked how any of this relates to the death of George Floyd, Cullors responded, “Who? Oh, right, that guy. I planted a tree in his name in my mansion’s yard. Had to cut it down, though—the leaves were clogging my infinity pool.”

Yoonj Kim is a South Korean-born model who fancies herself a journalist. When Playboy temporarily banned boobs in 2015, it hired Yoonj to be the publication’s “investigative reporter,” complete with her own Playboy Channel news show, Journalista.

Always one to point out that she’s Asian as if her name and face don’t make it abundantly clear, Yoonj promoted herself as a special type of journalist, one who “has a track record for gaining access into marginalized communities” (because it’s so hard to persuade nonwhites to bitch to the press about their problems).

Sadly, Journalista flopped. But it left a large, if toxic, footprint. The monkey frog of South America secretes a highly poisonous hallucinogenic toxin as a natural defense against predators and Asian reporters. For an episode of Journalista, Yoonj had the frog poison burned into her skin, because she read that’s how Aztecs or Mayans or Cantinflas did it to “cleanse” after a heavy burrito and cerveza dinner.

Live on camera, “Edward R. Bimbo” had the poison applied to her burned, blistered skin, and the end result was lots of vomiting and fainting that, while not newsworthy, was certainly entertaining (the video has more than 1.5 million views).

Yoonj now works at MTV, where the brain damage she incurred from poisoning herself is not an impediment.

“Dominguez faces a maximum of twenty years in prison, or a minimum of ten days unpaid drywall work at the U.S. Attorney’s house.”

And now comes word that at this year’s meeting of the global elite at Davos, a “shaman room” will be set up where the participants can partake of “healing hallucinogens” like MDMA, LSD, ayahuasca, and frog poison.

Davos…now there’s a herd that could use thinning. Yoonj Kim may never be remembered as a competent journalist, but she might just leave a legacy of far greater importance.

BEAN UP TO NO GOOD
Last year, angry Asians in Southern California decided to hold a march to “stop Asian hate.” And why not? In cities all over the country, Asians were being beaten like foo yung eggs. The problem was, most of the violent perps weren’t “white supremacists” but capital-B Blacks. So of course the Asian marchers chose Diamond Bar, a city with almost no blacks.

Everyone knows the old Chinese proverb, “The journey of a thousand miles begins with a single step.” Lesser-known is the coda: “and it ends with a Mexican.” Diamond Bar resident Steve Dominguez didn’t like these inscruta-bullies blocking his morning commute, so he drove around harassing the marchers with racial epithets and forcing them to run for cover as he came barreling through.

Fair-play turnabout as for once Asian pedestrians had to dodge a non-Asian’s bad driving.

L.A. County DA George Gascon declined to charge Dominguez with a crime, because only Anglos can be charged with hate crimes in L.A. Plus, Asians vote Democrat no matter what, so why not abuse them for fun? “When it comes to Democrats, all Asians are like George Takei,” Gascon told the press. “They love taking it up the butt.”

Last week the U.S. Attorney’s Office secured a federal indictment against Dominguez for “bias-motivated interference with federal protected activities.” Word has it Eric Swalwell spearheaded the prosecution after being given an ultimatum by his newest Chinese prostitute-spy.

Dominguez faces a maximum of twenty years in prison, or a minimum of ten days unpaid drywall work at the U.S. Attorney’s house.

BALD-FACED CRIER
There’s an old joke: “What happens when two bald men put their heads together? They make an ass of themselves.”

Tony Finn hates being bald. The 64-year-old Brit sees the loss of his hair as yet another indignity in a life that’s full of ’em. After all, for 24 years the poor sod’s worked at the Yorkshire-based British Bung Company.

As you can imagine, his dating life isn’t exactly red-hot. Being bald is bad enough, but even if he gets a bird to chat him up at a pub, she rarely sticks around.

Adding to Finn’s malaise, he’s routinely bullied by one of his co-workers, who calls him “bald cunt” as a daily greeting.

Last year, Finn filed a formal complaint with his bosses, demanding that they instruct the co-worker to ease up on the “bald cunt” business.

So Finn went to the Sheffield employment tribunal to file a wrongful-dismissal claim. And last week the tribunal ruled that Finn had no grounds to complain about being called “cunt” because, as the lead tribunal member stated, “You are kind of a cunt, mate.” But Finn prevailed on the “bald” count. Turns out several of the tribunal members are themselves bald, and they ruled that the constant mockery of Finn’s barren pate was tantamount to sexual harassment, because making fun of a man’s bald head is akin to joking about a woman’s breasts.

One suspects these tribunal members have had their own experiences of being snubbed at the pub.

Finn’s former employer will now have to pay compensation for wrongful dismissal and sexual harassment, which will likely put British Bung in a hole.

Maybe with his winnings, Finn can buy a decent toupee.

Or at least a hat.