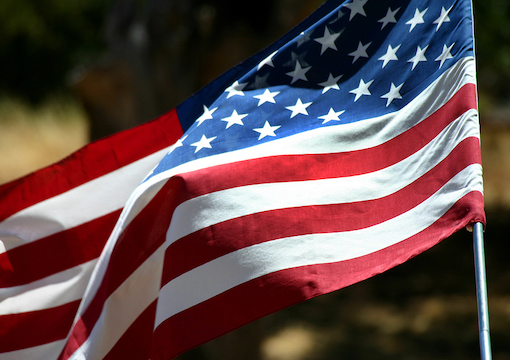 The Week’s Most Flaying, Spaying, and Memorial Daying Headlines

OKAY, WHO CAUSED A TEMPORAL PARADOX?
In the Bizarro 1980s (an inverted-reality dimension), Philip Michael Thomas became an A-list movie star after Miami Vice. Bobcat Goldthwait launched the most successful sitcom of all time (“a show about screaming about nothing”). Haysi Fantayzee sold more records than any group in history, and while a movie about a robot assassin from the future flopped at the box office, killing the careers of its bodybuilder star and egocentric director, The Perils of Gwendoline in the Land of the Yik-Yak broke box office records, launching lead actor Brent Huff into superstardom.

Bizarro ’80s is more than comic-book fiction; it’s pretty much what’s happening today. Case in point: In the real 1980s, leftists were against racial apartheid and war with Russia.

Needless to say, leftists are furious that a racial apartheid is ending!

Par for the course in the Bizarro ’80s. As is the fact that musicians are now clamoring for war with Russia, with Pink Floyd’s pro-Ukraine war anthem topping the charts. In the actual 1980s, Pink Floyd released anti-war songs, including “The Fletcher Memorial Home,” which gleefully depicted Reagan and Thatcher being murdered. But now, war’s, like, cool, man!

So have a New Coke and a smile, courtesy of Bill Cosby (and because this is the Bizarro ’80s, rest assured there are no quaaludes in it).

AND SPEAKING OF THE NINETEEN-AIDEES…
Here’s another resuscitated ’80s relic: a highly contagious African-origin gay disease.

Gregg Gonsalves is an epidemiologist and “global health activist” at Yale. He rose to prominence in the 1980s fighting AIDS, and by “fighting it,” he means “getting it.” Yes, Greg with an extra “g” (for gay) saw friends and family die of AIDS in the 1980s and—by his own admission—he knew everything there was to know about the disease: how to get it, and how to not get it.

But still, in 1995, he got it. Even though it was (at the time) a death sentence, he couldn’t control his behavior enough to avoid one of the most easily avoidable deadly plagues in history.

Thankfully, his diagnosis came right as the first generation of Magic Johnson’s AIDS-B-Gone super-drugs were approved, so Gonsalves survived. And over the past two years the man who couldn’t control his pecker when it was life-or-death has been one of the prime COVID-scolds in America, lecturing the great unwashed on how they must sacrifice everything—their jobs, their kids’ education and mental health, their elderly parents’ companionship–in the name of controlling COVID.

Few argued harder than Gonsalves to keep churches closed during the pandemic; in November 2020 he tweeted: “If you think filling up churches and allowing congregants to get infected is in the name of God, you worship something far grimmer than most.”

Said the man who’s only alive today because he inadvertently timed his baneful buggering to coincide with the availability of protease inhibitors.

But now that monkeypox is here, spread via close contact among gay men, Greggay has changed his tune, tweeting “The answer isn’t shut down all these parties, tell gay men to stop having sex at them or dancing in close proximity to each other. It won’t work.” Yes, now that the plague’s gay, social distancing is homophobic.

Gregg Gonsalves: a life defined by screwing. “Screw your kids, screw your parents, screw your life, just don’t screw with my ability to screw.”

HOIST BY THEIR OWN SPANIARD
In 1989 David Ramirez, an Arizonan of obvious Aztec ancestry, did some DIY pagan sacrificing by butchering his girlfriend and her 15-year-old daughter. He stabbed both women two dozen times in the neck, back, abdomen, and eyes. And as the daughter lay dying, he raped her repeatedly. According to neighbors, this went on for thirty minutes.

“After two mass shootings in a row, Americans have soured on the notion that crime can be stopped by social workers dispensing daisies.”

Ramirez’s guilt was never in question. At trial, his attorney appealed to the judge: “You need drywall, señor? We do drywall.”

Ramirez was sentenced to fry. And refry, like all good beans.

His post-conviction lawyer was no more effective during appeal (“you want leaf blow? We blow leaf”).

In the decades since, Ramirez’s case has attracted the attention of the nation’s finest left-wing lawyers (from the firm Nebbish, Schmendrick, and Schmuck), who argue that Ramirez’s previous attorneys didn’t stress the extenuating circumstances that totally excuse their client’s behavior. “He was an abused child!” “He never got over the cancellation of Chico and the Man!” “He was just trying to film his version of Apocalypto!”

Unfortunately, Ramirez’s team was prevented from presenting these arguments at the federal appeals level, thanks to the 1996 Antiterrorism and Effective Death Penalty Act (AEDPA). So the attorneys went to SCOTUS demanding an AEDPA exemption.

Last week, SCOTUS, in a 6–3 decision, upheld AEDPA and sent Ramirez back to death row, much to the righteous rage of every leftist in America.

How dare the racist court send an abused Mexican to his maker!

But here’s the irony: AEDPA was passed following the Oklahoma City bombing as a tool against white supremacist terrorists! It was supported by Democrats, and signed by Bill Clinton.

Today, the Biden administration is trying to curtail civil liberties in the name of fighting white supremacist terrorists. You think they’ll learn a lesson from the Ramirez case about how these kinds of crusades can boomerang in unexpected ways?

Naw! That would require introspection. No time for that. Not when there are Mexican necrófilos to free and anti-CRT white parents to imprison.

BLACK SPARROW
Last week was the second anniversary of smothered brother George Floyd’s grand exit. Second anniversaries are symbolized by “cotton,” so even in death poor George is mocked by racism (next year will be better; the symbol of third anniversaries is fentanyl).

Unfortunately for those who turned Floyd’s passing into an excuse to defund cops and launch a national crime surge, America isn’t in much of a “defund” mood these days. After two mass shootings in a row, Americans have soured on the notion that crime can be stopped by social workers dispensing daisies.

So the commemorations for Cotton Floyd were rather muted.

It’s tempting to view the “defund” crusade as America’s version of China’s 1958 “smash sparrows campaign.” That was when Mao Zedong—a man so imbecilic new research suggests he wasn’t Asian at all but just a white guy with severe Down syndrome—ordered his people to kill every sparrow in the land because the birds were “eating the grain.”

So for an entire year, China became Auschwitz-Beakenau, as sparrows were genocided left and right. And then it turned out the sparrows hadn’t been eating grain but the bugs that infest the grain. And with all sparrows dead, an unprecedented plague of locusts caused a famine that killed millions.

At least the BLM Mau Maus who out-Mao’d Mao have an excuse for not understanding “remove all cops and crime will increase” cause and effect: They can’t read, write, or reason beyond a kindergarten level.

History always repeats itself, and when it comes to “great leaps forward,” BLM’s defund disaster proves that blacks can’t jump any better than Chinamen.

THROWING THE FAITHFUL A BONE
In religion news, last week was all about trad vs. rad, honor vs. on-him.

The Catholic Church has always been tolerant with Nancy Pelosi. Sure, the far-left Democrat rarely respects church teachings. She loves abortion so much she once tried to replace her speaker’s gavel with a curette. She’s so pro-gay she tried to force priests to conduct baptisms in bathhouses. And she threatened to withdraw tax-free status from churches that don’t allow trannysubstantiation.

Still, the Vatican kept her around, because what’s goth cathedrals without a gargoyle?

But now it looks like Pelosi’s luck has run out. Last week, Archbishop Salvatore Cordileone of the San Francisco Archdiocese issued a decree banning Pelosi from receiving Holy Communion “until she repents of her public pro-abortion stance.”

Poor Nancy now has to sneak down to San Jose to get back-alley Communion from a vato named Miguel (Pelosi generally avoids Mexican Catholics, as they often mistake her for a Guanajuato mummy). The Catholic Reporter denounced the archbishop, claiming that even though abortion is indeed a sin, Pelosi herself never had one—she only ensured that millions of other women have.

To which society replied, “Whatever you say, gramps! Just put your damn clothes back on.”

On his “church’s” website, Self offers “private sessions” for “sliding-scale donations based on session length and your gratitude.”

50 percent refund if you catch monkeypox.

And he’s raking in the bucks, mainly from fatties who’ve found in the pastor the ultimate appetite suppressant.

“Since seeing him naked, I’m nauseous 24/7,” said one satisfied customer.