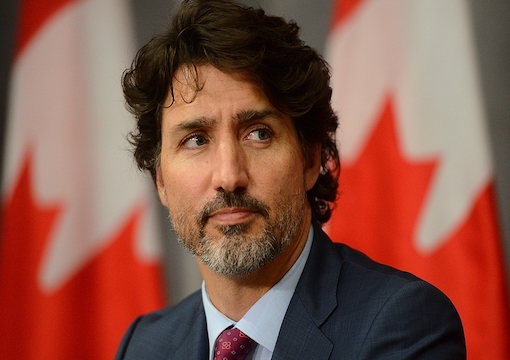 The Week’s Most Flaying, Fraying, and Flag-Daying Headlines

WET BACK TO WHERE YOU ONCE BELONGED
It’s back! The parade no one wants. No floats, just flotsam. The marching band is marching bandidos. No drill squad, but a mile of clowns. Yes, it’s another “migrant caravan,” shambling from the dung pits of Central America heading toward what most Americans call a border but Democrats call a finish line.

And while the grand marshal of the parade, a senile old man in Washington, D.C., wanders a rose garden arguing with a bird (“Listen, fat, I want my Froot Loops. Don’t make me kill you like I did that rabbit who took my Trix”), the parade’s cheerleaders are lining the border to greet the new arrivals with gifts of green cards, welfare checks, and leaf blowers (because Barbra Streisand’s driveway ain’t gonna clear itself).

Caravan organizers told Agencia EFE that among the 5,000 marchers are “93 pregnant women”…though isn’t it “transphobic” to assume the gender of pregnant people? And speaking of “phobias,” organizers told the AP that many of the paraders are “fleeing homophobia”:

María Gómez, 24, and Roselys Gutierrez, 25, a couple from Venezuela, said they left Colombia after experiencing homophobia there and suffering physical attacks.

When Gómez and Gutierrez were asked what they were doing in Colombia and why, if it was so homophobic, didn’t they just return to Venezuela, the lesbians held up their hands like Señor Wences and said, “You very nice man. Would you like a keess? I geev you a keess.”

Also along for the march is Eymar Benavides, who told the AP, “Venezuela works, it’s a paradise, we didn’t want to leave our country.” When asked, “Well, then, why’d you leave?” Benavides held up his hand like Señor Wences and said, “S’alright? S’alright.”

Onlookers can catch the parade this weekend at the U.S./Mexican border, or any time afterward in the parking lot of your local Home Depot.

GUNGA’S DIN
In the opening credits of the classic 1970s sitcom The Mary Tyler Moore Show, the protagonist blithely cavorts around Minneapolis, and in the final frame she joyously tosses her hat in the air.

If the show ever gets a reboot, that ending shot would have to be amended: As Mary tosses the hat, she’s tackled by a dozen Muslim men who beat her unconscious for uncovering her head in public.

Minneapolis is home to the majority of Minnesota’s 140,000 Muslims, about 80,000 of whom are Somalis. Presidents from Clinton through Biden have gotten a great laugh by trucking these sub-Saharans from their desert wasteland (where it’s 104 in the shade) to Minnesota’s frozen landscape, thus screwing up the lives of newcomers and hosts alike (in welcoming a group of Somali “refugees” in 1998, President Clinton is rumored to have said, “I hear some of you Somali chicks screw your brothers…that’s hot”).

“Upon signing the bill authorizing the constant blaring of the Muslim blather, Minneapolis mayor Jacob Frey expressed gratitude to Muslim leaders for releasing his wife unharmed.”

Since Muslims have a peculiar habit of flaunting their dominance over conquered people, last week Minneapolis’ Muhammadans “convinced” city leaders to allow mosques to blare the adhan (the Islamic call to prayer) from loudspeakers throughout the day and evening. Upon signing the bill authorizing the constant blaring of the Muslim blather, Minneapolis mayor Jacob Frey expressed gratitude to Muslim leaders for releasing his wife unharmed.

The hours of the adhan broadcasts are limited by city noise ordinances, meaning no early-morning or late-night ali-ali-oxen-frees. But several Muslim immigrants told the AP that they hope to have the hours extended from the crack of dawn to midnight, and the decibel levels increased so that infidels can’t escape the noise.

“Hopefully, city leaders will acquiesce to our peaceful demands,” local imam Ali Shiedy told the AP. “We know Mayor Frey will do the right thing for the city, and for his daughter, who’s severed finger serves as proof of our seriousness.”

The lyrics to the Mary Tyler Moore Show theme included the line, “You can have the town, why don’t you take it?”

To which Minneapolis Muslims responded, “Don’t mind if we do.”

SOROS GETS A SORE ASS
The best part of every James Bond film is when the supervillain meets his fate. Goldfinger sucked out a plane window, Drax blasted into outer space, Zorin dropped from the Golden Gate Bridge.

Hey, did somebody mention San Francisco? Last week the people of that notoriously leftist city found their nads and extracted a little James Bond justice on resident bad guy, District Attorney Chesa Boudin. Boudin was booted in a recall that wasn’t even close: 60 percent of Friscans voted to banish the soft-on-crime DA whose love of murderers (after all, his mommy was one) and hatred of innocent citizens led to an explosion of crime in Fog City.

Also, under Boudin’s reign sidewalk pooping by the homeless rose to such levels, the tech industry’s H-1B visa scabs thought they were still in Gujarat.

It turns out that even liberals have limits when it comes to seeing their loved ones murdered by felons and their sneakers stained with bum-poo.

Hardest-hit by Boudin’s loss is billionaire cacodemon George Soros, whose money put Boudin in office in the first place. Soros, who’s installed over a dozen criminal-friendly DAs in cities across the nation, is facing a popular revolt, and in the bluest of areas. Along with San Fran, L.A. is preparing to recall its Soros DA George Gascon. If Gascon falls as well, it’ll be Soros’ worst disappointment since World War II’s cessation forced him to stop collaborating with Nazis.

Speaking from his lair inside a hollowed-out volcano, Soros told the press that San Francisco’s insolence will be punished, as a warning to other cities. As he lowered a bound-and-gagged Boudin into a pond full of piranha (“I do not tolerate failure. You were my friend, but now you’re just my…chum”), Soros mused about how best to punish the Bay Area.

Earthquake? Tsunami? Too quick and painless.

“Release the monkeypox,” he declared, adding menacingly, “and tell them all: My name is lesion.”

NANCY SPEW AND THE HARDLY BOYS
Dr. Sheree Bekker is an assistant professor of sports injuries at the University of Bath, and it’s tempting to believe that she came to the field by way of experience, having taken a few too many blows to the noggin. But it’s also important to note that she grew up in Botswana, so her formative years were spent studying broom duppies and baby-rape AIDS cures.

Last week Dr. Bekker favored the world with a scientific discovery of monumental proportions. In a lengthy thread on the RealScientists Twitter page, Bekker (trans)mansplained her groundbreaking find: The notion that there are any physical differences between men and women is a hoax created by Babe Ruth and Lou Gehrig to help them win ballgames, because women could’ve beaten them handily if allowed to compete.

Yes, Lou Gehrig had a disease all right…misogyny.

According to Botswana Bekker, women are in no way “physically smaller” than men. The only reason “women’s sports” were created was to stop women from dominating men in baseball and football.

Yes, football. She claims that women would easily beat men if allowed in the NFL. Therefore, letting trannies compete in women’s sports actually puts the trannies at the disadvantage!

Upon reading her Twitter thread, Odingo M’dongo, Botswana’s Deputy Minister for Looking Quizzically at Logs, stated, “Even by our standards that’s some nutty-ass bullcrap.”

Bekker’s next quest is to demand the immediate release of all men incarcerated for physically overpowering women, because, as her discovery proves, such a thing is impossible.

Science marches on! In Sheree Bekker’s case, right off a cliff.

WAVY GRAVY
There’s an old Polish joke that goes something like this: A two-seater Cessna crashed into a cemetery in Warsaw. Search-and-rescue teams have recovered 300 bodies so far and expect that number to climb.

Get it? The Poles are so dumb, they don’t understand that the bodies in the graveyard were already there.

Except, of course, no Pole would actually be that idiotic. On the other hand, many Canadians would.

In 2021, Canada’s “indigenous” activists, together with the nation’s most brain-dead academics and Trudeau’s SaskatcheStasi shock-troops, claimed to have “discovered,” using “ground-penetrating radar,” dozens of “mass graves” of Indian children from the nation’s oddball “residential school” period in the late 1800s (when Native kids were sent to Christian boarding schools to be weaned from their tribal ways because all those damned rain dances were killing the crops).

The Canadian press presented the “mass graves” as a war crime, and, as a result of the anti-Christian demonization, last year dozens of churches were set afire across the country and dozens more were vandalized and desecrated.

Last week the National Post ran a series of in-depth investigations about the “mass graves.” Turns out they were just…graves. Marked, sanctified cemeteries. While the “residential schools” scheme was not the smartest idea the U.S.’s frigid unremarkable neighbor ever came up with, the “mass graves” were nothing more than normal places of eternal rest. Although the revelations about the true nature of the cemeteries didn’t come soon enough to save all those burned churches, at least grave-mania was curtailed before Gordon Lightfoot could write a song about it. Now, that would’ve been a war crime.

Canadians literally acted out that Polish joke: They couldn’t tell the difference between properly buried corpses and the remnants of a mass-casualty event.

Poles have gotten a bad rap; Canuck jokes should be the new standard. Like that Justin Trudeau knee-slapper from 2010 when he told Canadians, “I’m never going to take your guns.”

Trudeau’s a terrible leader, but his stand-up is A-list.