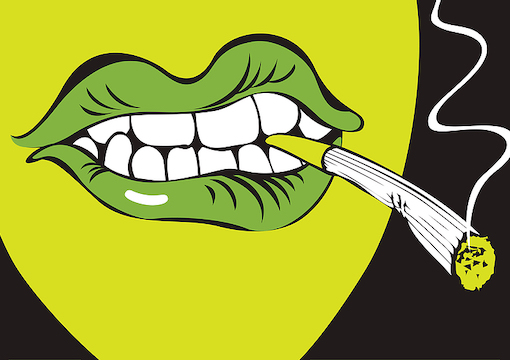 The Week’s Most Mummering, Bummering, and Summering Headlines

JUNETEENTH PICNIC: FREE KNUCKLE SAMMICHES!
In the U.K., the day after Christmas is Boxing Day. In the U.S., the day after Juneteenth is Bagging Day, in which the gunfire casualties from the previous day’s celebrations are body-bagged.

Juneteenth 2022 saw a relatively low mortality rate (double digits, a regular 1914 Christmas Truce level of peacefulness when grading on a black curve). There’s no immediate explanation for why there were fewer shootings this year, but one guess is that with Juneteenth falling on Father’s Day, many black men avoided the festivities, for fear of running into support-seeking baby mamas.

That said, it wouldn’t be Juneteenth without at least one headline-worthy act of gratuitous violence.

Louisville mayor Greg Fischer is a straight-down-the-line leftist white Democrat. He supports BLM, considers racism a “public health crisis,” and endlessly apologizes for his city’s past and present “oppression” of blacks.

If he thinks that buys him “white guy cred,” he’s quite mistaken. Last weekend, while mingling with Juneteenth celebrants at the city’s Fourth Street Live shopping complex, Fischer was sucker punched by a black dude who decked the mayor to the ground and then calmly walked away, as if in America a black man can punch an elected official and leave the scene.

NARRATOR: In America a black man can punch an elected official and leave the scene. Nobody, not even the mayor’s security detail, pursued the attacker.

No word on whether Fischer will resign, because obviously he must’ve racismed that poor black guy to provoke such righteous fury.

As for Fischer’s do-nothing security staff, they already have multiple job offers from Uvalde (that joke is in observance of TooSoonteenth).

GIVING UP THE GHOST FOR LENTIL
The thing about alcoholics dying of liver disease is, at least they enjoyed getting there. It was a fun ride to organ failure.

Dying of liver disease due to lentils is another story entirely. Lentils are to vegans what Blade Runner is to movie buffs: Nobody actually likes it, but they have to pretend to in order to look cool to their friends.

Daily Harvest is a vegan meal-delivery service backed by Gwyneth Paltrow and Serena Williams, two of the greatest medical minds in nutritional health, a regular Bimbocrates and Albert Schwartzer. Yet even with these two ricket scientists at the helm, last week Daily Harvest went Dust Bowel when its “French Lentil + Leek Crumbles” sent customers to the ER. Turns out the lentils were raw and disease-ridden, resulting in dozens of customers suffering permanent liver damage.

Of course, there’s no way to tell if a vegan is terminally ill. They all have “resting death face.”

The bad news for Daily Harvest is that when your customer base is millennial vegans, many of them are likely to be “influencers.” So the company is facing a barrage of negative publicity as TikTok and Instagram stars rant about their nonstop vomiting and diarrhea, which admittedly is more entertaining than the content they normally post.

Trying to make the best of a bad situation, Daily Harvest has rebranded the lentil dish using a photo of Serena Williams and the caption “Like an overhead smash to your gut, it’ll be sudden death when you have a stroke and drop a deuce after we serve our no-fault lentils. Thanks for supporting our racket!”

NIGHTHAWKS, BY EDWARD HOPHEAD
And now, on to the one group more annoying than vegans…

“California lawmakers are trying to reconcile the explosion of pot cafés with the state’s ban on indoor smoking, but considering that many cities in the state don’t prosecute murder or assault, no one’s really sweating the enforcement issue.”

Counterman: “Yes, for the tenth time, you can. This is a cannabis café.”

Second Pothead: “Dude, check this out! I’m totally lighting up in public. Just let ’em try and stop me!”

Counterman: “They’re not going to try and stop you; it’s a legal pot café.”

Third Pothead: “Duuuuude, like, if they knew we were doing this we’d be so busted!”

Counterman: “They do know, and you’re not busted.”

The big thing in California right now is “weed cafés,” where, thanks to the state’s 2016 referendum legalizing pot, stoners can toke openly. You might wonder why stoners are flocking to these places like they’re a novelty. Medicinal pot (i.e., pot for anyone with insomnia or anxiety, meaning everyone) was legalized in California almost thirty years ago, so the notion of open smoking shouldn’t be so exciting. But pot users are like vegans, except with damage to the brain instead of the liver. Everything’s a novelty when you can’t remember last week.

So, like idiots, the state’s Cheech and Bongs are frequenting these cafés just to giggle like retards, “I’m blazin’ in public and the Man can’t stop me!”

Plus, like vegans, stoners love evangelizing about the supposed benefits of their fetish. “The Mayans used hemp to build the pyramids, and, like, the Native Americans smoked pot every day and that’s why they’re so healthy.”

California lawmakers are trying to reconcile the explosion of pot cafés with the state’s ban on indoor smoking, but considering that many cities in the state don’t prosecute murder or assault, no one’s really sweating the enforcement issue.

Plus, at least California politicians can say, “Thank God we’re not Oregon.”

PACIFIC NORTHMESSED
Welcome to the Oregon LSD Trail…and it’s a trail of corpses. A rugged land of rain forests and Rain Men: politicians who defund the police and then marvel at the concomitant rise in crime as though such a thing was unexpected, and voters who approve a ballot measure decriminalizing hard drugs—including heroin, methamphetamine, LSD, and oxycodone—and then stand aghast when their streets become littered with dead junkies.

2020’s Ballot Measure 110, a.k.a. “The Useless Eaters Elimination Act,” has led to a 41 percent rise in overdose deaths in the state, with more than 1,069 in 2021 and 2022 on track to break that record. Cities like Portland have become open-air markets for homeless druggies, living monuments to Oregon’s favorite son, River Phoenix, a shooting (up) star who burned his crack pipe at both ends.

But one brave suburban Portland mayoral candidate has a plan to warehouse the problem: Leslie Wright, a black gentleman and former Marine, wants to put the homeless addicts in tiny pods like them Japanese hotels:

Have you ever seen the Japanese people, how they live? They live in these small, compact areas. We’re gonna take each one of those [homeless] people and give them their own little area and give them an address.

A perfect plan! No flaw at all. Except for the fact that the Japanese don’t fill their capsule hotel pods with feces and meth. Other than that, Wright’s plan should work like a charm. Surely being housed in a coffin won’t trigger psychotic episodes in drug-addled schizos.

When Wright’s plan was criticized, not for its impracticality but for its “racism” at invoking WWII Japanese internment (remember, it’s Oregon, where stupid things can only be criticized for stupid reasons), a chastened Wright told the local press, “I was disappointed and dismayed about my reference to the Japanese people.”

He’s told himself that if he doesn’t start speaking smarter, he’ll lose his vote.

Just what the city needs: a mayor who sounds like he’s on drugs himself.

What ignorant times! Back then, human deformity was seen as something to avoid, rather than encourage. How much more enlightened we are now. In this progressive age, we understand that the very best thing you can do for a teenager, especially a teenage white girl, is encourage them to get Elephant Manned by some psychotic butcher who gets Obamacare subsidies to disfigure children.

“I am not an animal! I am stunning and brave!”

Fast-tracking teen girls into the tranny mutilation machine has reached assembly-line efficiency, with thousands of quacks bypassing parental consent in order to turn scores of “shes” into “its.”

As doctors compete to see how many severed breasts they can accumulate per month, Mengele looks up from hell saying, “Damn, talk about being born before your time.”

Unfortunately, a growing group of ingrates—girls who are oddly bitter that charlatans maimed them for life—are speaking publicly about how they wish doctors hadn’t been so quick to carve them up. A New York Post piece last week detailed the stories of several teen girls who’d been coerced into transforming into medical monstrosities by social media pressure, peer bias against “cis white girls,” and doctors who give out tranny-pills like an octogenarian tossing breadcrumbs to ducks. The girls, who had their breasts lopped off and their features wrecked by injections, have a host of malformations, from Robert Z’Dar jawlines to Zach Galifianakis-level unwanted hair.

And on Twitter last week, a thread went viral in which a boy-to-girl “transitioner” graphically explained what “she” became after surgery:

No one told me that the base area of your penis is left, it can’t be removed—meaning you’re left with a literal stump inside that twitches. You wake up with morning wood, without the tree. I have random pockets of sensation that only seem to pick up pain, rather than pleasure.

How did a profession that used to quiver at the thought of malpractice suits become a league of reckless mutilators?

We used to despise ambulance-chasing lawyers. But boy, are they missed today!