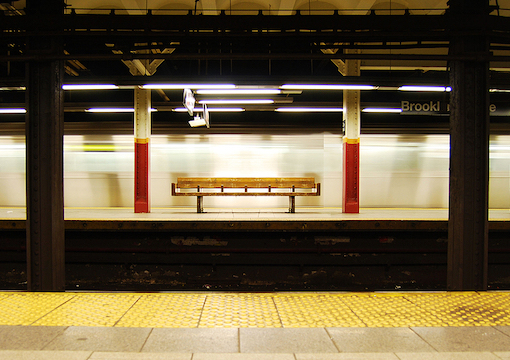 The Week’s Most Decaying, Soothsaying, and Dog-Daying Headlines

BLACK IS FLAMMABLE
“Burn baby burn” is all fun and games until someone makes it literal.

The African People’s Socialist Party is a black separatist hate group dedicated to killing whitey and establishing a black ethnostate at the local Popeyes. The org has its “headquarters” (a.k.a. Jamaal’s mom’s crib) in St. Petersburg, Fla. Nicknamed “Uhuru House” (Jamaal’s mom: “Don’t you be paintin’ no Star Trek foolishness on my garage”), the HQ features a massive “pan-African flag” flying proudly on a pole outside, as a beacon to blacks far and wide.

Historical note: No good has ever come from setting off a beacon to blacks far and wide.

Last weekend, Uhuru House got a visitor, a stranger who parked by the flagpole.

Uhuru leader Omali Yeshitela, whose brain is best described by the four letters in the middle of his surname, saw the newcomer and exclaimed, “Welcome to the revolution!”

And the stranger pulled out a flamethrower, aimed it at the pole, and turned the flag from pan-African to pan-fried.

Then he drove away. A man of few words burned the flag of a few turds.

The story went national. The AP, describing the hate group’s goal as “uniting African people as one for liberation, social justice, self-reliance and economic development,” likened the flag flambé to a white-supremacist mass shooting.

Only the Miami Herald had the journalism chops to point out that the flag-flaming “terrorist” was black.

This fiery godfather was no Uhuru, but a hero.

WASHINGTON CHAINSAW MASSACRE: LEATHERBALLS
Pride Month may be over, but not before leaving us with one final vomit-inducing tale.

In The Texas Chainsaw Massacre, Leatherface lived in a rural slaughterhouse where he removed people’s faces and wore them as his own, decorating his home with discarded body parts.

In Washington State, two trannies ran a rural slaughterhouse where they lopped off breasts, scooped out balls, and snipped penises with instruments bought off eBay.

These days, Texas Chainsaw could be repackaged as an award-winning film about a brave transman who felt uncomfortable in his own skin so he transitioned to other skins while avoiding the fascist police in Greg Abbott’s Texas.

The Washington State maim-saw massacre was perpetrated by tranny software developer Eilís Ní Fhlannagáin and mad-scientist sidekick “Willow,” who began their underground butchery after Fhlannagáin persuaded Willow to castrate him at home in his recliner. Fhlannagáin nearly bled to death, but that didn’t stop the two cutups from offering their services to others.

Using a tractor barn, the two “doctors” relieved mentally disturbed individuals of whatever body parts they sought to lose. Only one rule: Take your balls with you when you go. Because leaving your testicles behind after having them gouged out in a barn is so gauche.

According to Fhlannagáin, the Washington Board of Health knew of and approved the “clinic,” though the first inspection was almost ruined when the examiners nearly encountered some stray balls lying on the floor (hence the “come with your nads, leave with your nads” policy). Willow pocketed the cojones just in time!

As reported last week in The Independent, during the pandemic, the two transmen-geles went their separate ways.

But they’ll always have the memories.

And that spare set of balls.

NYC’s current mayor Eric Adams has his own similar catchphrase: “Why you booin’?”

Poor Adams, elected to curb crime, has been kicked to the curb by criminals, who can’t stop shooting everything in sight.

Worst of all for Mayor “Up I’m screwin’,” his own aide was mugged while scouting locations for a speech (“Hmm…the intersection of Tawana Brawley Ave. and Colin Ferguson Road…perfect!”). Democrat white-boy Christopher Baugh was confronted by two black males who demanded his wallet and phone. According to the New York Post, Baugh responded, “You don’t want to do this; I work for the mayor.”

That did not deter the thieves.

He then demanded to see their manager.

That, too, failed to dissuade the thugs.

Finally, he asked for their Twitter handles so he could get them banned. At that point, the muggers pulled a gun and beat the poor bastard to the ground, taking his possessions as he relieved himself in fear (“Yow, I’m pooin’”).

Later that day, Mayor Adams gave a speech about how no law-abiding citizen in NYC needs a gun for self-protection, as Baugh and all the other victims of violent crime listened disapprovingly, seething in silent disagreement.

WALLACE AND SCROMIT
It seemed like an impossible task: “How can we make stoners even more annoying?”

Stoners are already lazy, shiftless, self-righteous, unreliable dunderheads who won’t stop pestering the rest of us about the “wonders” of their miracle weed, as they define their entire existence by their relationship with the organic version of paint-huffing.

Thanks to marijuana legalization in states like California (where the outsider at any given party is the person not blazing), plus the increased potency of today’s strains of MJ, “cannabinoid hyperemesis syndrome” has reached epidemic levels among chronic potheads. “CHS” causes liver failure, severe dehydration, and rapid weight loss. But worst of all it causes “scromiting,” a portmanteau of “screaming” and “vomiting.”

So now tokers are wandering the streets of L.A. projectile vomiting while shrieking like banshees.

On the upside, tourists walking through Beverly Hills get to see unique, star-studded extravaganzas of sight, sound, and stench:

Of course, stoners are so committed to their bit, even as they’re puking their guts out, they’ll still insist pot cures nausea.

WHERE THE ELITE MEET TO EAT, BLEAT, AND SHOOT PAUPERS LIKE SKEET
You can bet there’s plenty of scromiting going on at Sun Valley right now, as the world’s business elites gather for their annual “summer camp for billionaires.” As Elon Musk lights up in his private jet, trying to remember that thing he was so excited about buying two months ago (“Dammit…it had something to do with free speech. What was it?”), as George Soros arrives in a Gulfstream fueled entirely by the oily subcutaneous fat of people murdered by decarcerated felons, and as Jeff Bezos arrives four days late covered in boot footprints, with a broken arm, clothes that don’t fit, and one shoe missing (he flew Prime), the participants look forward to a week of fun and games, even under the pall cast by the fact that their regular entertainment director, Ghislaine Maxwell, is otherwise occupied being fitted for a noose by a man who’s definitely not Mossad and a woman whose name definitely doesn’t rhyme with Fillary Glinton.

One billionaire who’s finding it difficult to enjoy himself even with all the sex slave girls in leather dog collars tethered to giant platters of caviar and blow is Warner Bros. CEO David Zaslav.

Poor Zaslav. The last time a CEO had this many fires to extinguish, the chief of PG&E was filling out bankruptcy papers. No sooner had Zaslav told reporters at the summit that he planned to transform CNN from an “advocacy network” into an unbiased purveyor of hard news, his star business reporter and illiterate mouthbreather Nicole Goodkind penned a piece claiming that recession forecasts can’t be trusted because the economists are white.

Who cares if you can’t afford food or gas, Goodkind lectured. There’s no recession unless it’s declared by an illegal immigrant tranny Peruvian Asháninka Indian with Down syndrome.

Yet as bad as the CNN problem is, it pales in comparison to Zaslav’s Marvel movie issues. He’s got a rebellion on his hands regarding Aquaman 2, with millions of fans demanding the redaction of spousal abuser Amber Heard (who always sets her Sleep Number Adjustable Bed to “number two”).

And Zaslav also has to contend with Ezra Miller, his “nonbinary” Flash star whose one-transman crime wave against women, children, and beasts makes the Night Stalker look like a kindly uncle.

Still, Zaslav isn’t letting his problems get him down. Later that night, there he was, dancing up a storm at the summit’s opening-night sacrifice to Moloch.