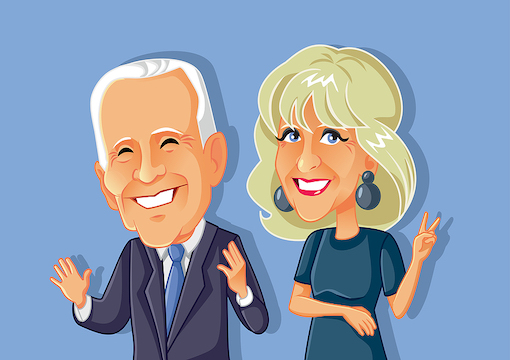 The Week’s Most Newtonian, Draconian, and Babylonian Headlines

And now, here are a few others:

“California liability.” Last week, smiling Stalinist Gavin Newsom signed a bill making gun dealers and makers responsible for any and all actions taken by gun buyers post-purchase. Gun dealers and manufacturers now have a lifetime responsibility for what people who pass background checks do with their guns.

In response, Clarence Thomas grinned and said, “Thanks for the next test case that’ll allow us to expand the 2nd even more, dumbasses.”

Ironically, in many California cities, gun crimes aren’t prosecuted. Hence the uniqueness of California liability: Only the makers of guns are responsible, not the criminals who misuse them.

And then there’s the “California boycott.”

California law forbids state-funded travel to Montana, because Montana doesn’t allow pedo trannies in girls’ locker rooms. So California declared, “You shall have none of our business. Good day, sir. I mean zir. Or is it xzem?”

Problem is, guess where Newsom just took his family on summer vacation…Montana!

After being caught red(state)-handed, Newsom explained that it’s okay because he’s paying for the trip with his money, not state money.

So much for the point of a boycott being to deprive something of money. Behold the California boycott, where spending your own money is fine; you just prevent others from spending theirs.

Makes as much sense as anything in that state.

DORA THE EX-SCHNORRER
Q’orianka Kilcher is a person and not a variety of tropical peat moss. The German-born 32-year-old actress is the offspring of a Swiss-German mother and a bare-assed bone-through-the-nose Quechua-Huachipaeri indigenous Peruvian. How a bare-assed Peruvian native ever made it to Baden-Württemberg is anyone’s guess, but the most likely explanation is that he fell into a crate of mangoes scheduled for export and ended up scaring the livin’ hell out of the poor kraut who opened the container (“Ach! Wildermann nicht mango!”).

Q’orianka was raised in Hawaii, where, even though she was not of the native ethnicity, she was accepted by the locals thanks to the unspoken “band of the bare-assed,” a pantsless bond thicker than DNA. As an actress, parlaying her ethnicity to portray Pocahontas, Princess Ka’iulani, and Te Ata Fisher, Q’orianka became a major player in the brown people grievance movement, launching her own org to fight racism, corporate greed, and public decency codes that mandate trousers.

It was while playing Incan Princess Kawillaka in the Dora the Explorer sequel Dora Flees Ohio for an Abortion that Q’orianka had a Q’oopsie, injuring her shoulder under the weight of her giant chip. She pocketed $96,838 in workers’ comp, claiming that the injury prevented her from performing on set.

Last week, authorities in L.A. Q’arrested Q’orianka for workers’ comp fraud. Turns out, at the exact same time she was collecting benefits because her injuries “prevented her from acting,” she was shooting episodes of the Paramount series Yellowstone, where she portrayed a squaw named “Sacagawelfare.” Apparently, it never crossed Q’orianka’s mind that her TV appearances would be seen by the people she lied to.

“Nobody wants to see the Japanese go woke.”

Note to future Hollywood insurance fraudsters: If you want to grab some work while claiming to be incapacitated, at least choose a show nobody watches.

Like anything with Amy Schumer. Guaranteed, your secret will be safe.

IN THE SHADOW OF KILL-A-MAN-JARO
While L.A.’s finest put Q’orianka Kilcher behind bars, over in Africa, Zambia’s finest were hot on the trail of another most-wanted entertainment industry miscreant.

Sadly, “Zambia’s finest” is a 4,000-pound hippo named “Fatto Fbunta,” and he moves really slow (Fatto once attended a criminology class at Scotland Yard, but he was expelled for pooing, like, everywhere).

Zambian authorities are seeking the arrest of American best-selling author Delia Owens, whose megahit Where the Crawdads Sing topped the New York Times best-seller list for a whopping 32 weeks in 2019 (performing better than its sequel, Where the Black Eyed Peas Sing, which failed to sell a single copy as nobody wanted to know the answer). Owens and her ex-husband, who spent several decades in Africa as conservationists protecting the wildlife from Africans who think giraffes are demons and Chinese who hunt cheetahs for their testicles, are accused of killing an African poacher in 1996.

Why’d it take so long for Zambian authorities to finally move on the crime?

Well, to begin with, “one African shot dead” registers pretty low on the list of priorities in sub-Saharan nations. First you have to clear the board of millions of Africans dead from genocide, famine, drought, war, Ebola, monkeypox, malaria, cholera, AIDS, and gorillas driven to homicide by nonstop Youssou N’Dour radio rotation, before attention can be given to that one lone African poacher shot in 1996.

Plus, every time the Zambian government was about to put the finishing touches on an arrest warrant, a bloody coup set the entire process back to square one.

As reported last week in The Atlantic, Zambian authorities appear ready to finally pursue Ms. Owens (who currently resides in Idaho). Zambian Parliament members Elvis Chishala Nkandu and Twaambo Elvis Mutinta were put in charge of drafting the extradition request, but they killed each other in a dispute over blue suede izimbadadas.

Doesn’t matter anyway, as the U.S. has no extradition treaty with Zambia.

CAN NIP CANUCK?
Remember the classic Kurosawa film Seven-Gendered Samurai? Toshiro Mifune played a nonbinary ronin who’d wander from village to village getting misgendered by warlords, at which point he’d demand to speak to the village’s manager and get the warlords banned from social activities.

Nobody wants to see the Japanese go woke. Last week, a new law took effect in which Japs who post “online insults” will get up to a year in jail (five years for white incels who confuse anime fandom with having an actual personality).

The law was spurred by the case of Hana Kimura, a 22-year-old pro wrestler and reality TV star who committed suicide in 2020 because of “cyberbullying.” For some reason this sent shock waves through Japanese society…odd when you consider that this is a nation where suicide is seen as the appropriate response to pretty much everything.

Japanese free-speech activists are wary of the new law, with Tokyo attorney Seiho Cho telling CNN, “At the moment, even if someone calls the leader of Japan an idiot, then maybe under the revised law that could be classed as an insult.”

One would think that right now, of all times, Japanese politicians would be happy if the only thing disgruntled constituents fired off were insults.

If the Japanese want to see the inevitable result of speech regulations, nippon this: In Montreal last week, the trial of a man who posted online pro-Nazi “satire” became Cirque du So-Lame when the judge refused to accept as historical fact that Nazi ideology led to anti-Jewish measures in the Third Reich, while the accused’s defense team argued that Jews were only killed in Nazi Germany to “save money.” The judge ordered the trial to reconvene when prosecutors could prove that Nazi ideology was anti-Jewish, while defense lawyers promised to show that the Nazis saved a bunch of money on their car insurance by switching to Goyco.

The entire clown show only occurred because Canada insists on prosecuting “bad” speech.

Dear Japan: The reason the world respects you is because you’re not Canada.

BRILLIANT ACADEMIC IN ENCHILADA TROUBLE
Dr. Jill Biden is the smartest and most respected Dr. in the entire world. As her husband, Joe, will tell you (when he’s not preoccupied with finding the toucan that can lead him to Froot Loops), Dr. Jill ain’t no simple Jack (and Hunter ain’t no simple crack).

So it was hugely surprising last week to hear Dr. Jill, a woman whose university dissertation contains so many misspellings it was initially thought to be written in Sanskrit, make a public gaffe.

While addressing a progressive “Latinx” org last week, Dr. Bidenx (in prepared remarks, not off-the-cuff) uttered lines that would be thought over-the-top in a sitcom about a condescending elitist white woman pretending to know Hispanic culture. First, she congratulated the Latinxes on their “bodegas,” which she mispronounced as “bo-diggas” (remember Bo Digga? Great blues guitarist). Then she complimented the Latinx community for being “as unique as the breakfast tacos here in San Antonio.”

For some reason, Hispanics around the nation objected to being compared to food. All except for the Frito Bandito, who shot his guns in the air and exclaimed, “¡Ay yi yi Señora Biden es muy Mexicano!”

A spokeswomanx for Dr. Jill apologized for the taco talk, digging the hole deeper by adding, “If cheesed-off Mexicans have any beef with the comments, we encourage them to soften their hard shell. This might sound corny, but we’ve all bean there, so lettuce be mild not spicy and live and let olive, you rap-scallions.”

Being a dedicated husband, Joe Biden took the heat off his wife by making an even more idiotic blunder a day later, launching his Israel trip by telling a crowd of nonplussed nebbishes that he planned to “keep alive the honor of the Holocaust” during his visit to the “hollowed ground” of “Yad Shavem” (which is apparently a barbershop).