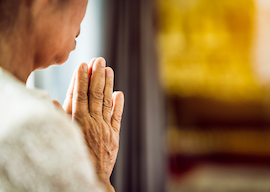 LEBRON JAMES APOLOGIZES TO JEWS FOR FALSELY SUGGESTING THEY HAVE A LOT OF MONEY
Superstar basketballer and high-school graduate LeBron James is multilingual, as evidenced by the fact that his first name refers to an obscure French phrase meaning “The Bron.”

He now finds himself in trouble with a small and perennially oppressed group who have horrible luck and always find themselves being maligned, persecuted, oppressed, bullied, harried, disempowered, and given noogies.

While tooling around in a vehicle that cost more than the Gross Domestic Product of several African nation, King James posted something on Instagram that quoted the following lyric from a young fella who goes by the name of “21 Savage” and is apparently a rising star in the “hippety-hop” community:

We been getting that Jewish money, Everything is kosher.

Sigh. After two World Wars, the Vietnam War, the Civil Rights movement, angel dust, Quaaludes, “don’t ask, don’t tell,” Stonewall, “Who Shot JR?” and the election of our first lesbian Native American politician from Kansas to Congress, are you telling us that there still exists the sinister myth that Jewish people have a lot of money? What was all the fighting for, anyway?

James’s net worth is $440 million, but we don’t hear anyone calling him Jewish, do we? But his wealth is mere circus peanuts compared to that of hippety-hop impresario Jay-Z, whose estimated value hovers around $900 million. In 2017, Mr. Z faced public ridicule for featuring the following horrifying couplet in one of his so-called “songs”:

You wanna know what’s more important than throwin’ away money at a strip club? Credit/
You ever wonder why Jewish people own all the property in America? This how they did it.

Within a matter of only moments, we find ourselves shaking our damn heads again—or, if you’d like to ape the urban patois, our damn haids again. For the record, Orthodox American Jews do NOT enjoy a per-capita income roughly tthree times that of the average American household. OK, actually they do, but apparently you’re not supposed to mention it.

LeBron, who at 6’8” and 250 pounds could likely manhandle an entire squadron of rabbis, apologized nonetheless. He said he hadn’t realized that it’s a sin to say that Jewish people have a lot of money, even though they do technically.

In the NFL they got a bunch of old white men on teams, and they’ve got that slave mentality.

James did not apologize for this comment, and it appears that no one demanded he say he was sorry, either. As we all know, white men, and only white men, controlled the transatlantic slave trade.

INTERNET TROLL FORCED TO TAKE “ANTI-HATE TRAINING,” RENOUNCES HIS SKIN
In olden days, a “troll” was a hideous creature who lived under bridges and raped goats.

These days, the only difference is that a troll lives in his mother’s house and plays a lot of video games. Either way, they still rape goats.

Scientists long ago determined that everything that has ever gone wrong in human history is due to a mystery virus known as “hate,” which is easily identified but, to be fair, has yet to be quarantined and identified nor even proved to exist in the phenomenal world.

Regardless, in order to prevent anything bad from ever happening again, we must remain so vigilant in fighting “hate” that we may appear insane to casual observers.

In College Park, Maryland—which, through a miraculous confluence of random events has a college, a park, and also happens to be located in Maryland—a strong, vibrant, empowered and sassy young black woman with exceptionally smooth skin named Taylor Dumpson has won a lawsuit against a hateful, bigoted, and quite likely acne-scarred young racist white man named Evan James McCarty.

While Ms. Dumpson was exalting and luxuriating in the honor of becoming American University’s first black female student government president, some complete jerkasaurus named Andrew Anglin from some totally immature website named The Daily Stormer allegedly encouraged his readers to harass her. It was then that Mr. McCarty, thinking it was “funny” and “hilarious,” tweeted an image at Dumpson featuring bananas and the phrase “OOGA BOOGA.”

In olden times this wouldn’t be a crime, but as you know, we’ve made progress. After pleading guilty to harassment, McCarty now faces a fate that to us sounds worse than any prison:

He…agreed to attend at least one year of anti-hate training sessions with a licensed therapist or a qualified counselor, and to complete at least four academic courses on race and gender issues. In addition, McCarty must complete at least 200 hours of community service promoting “racial justice and civil rights” and publicly advocate against hate.

There is one bright spot, if you could call it that: Despite the inane mantra you hear about how “children have to be taught to hate,” this case disproves that. They are born “hating,” if that’s what you mean by being born favoring your own kind. With all this brainwashing and guilt-tripping and all these struggle sessions, it’s clear that the powers that be feel that children have to be taught NOT to “hate,” or else why are they being bludgeoned with all this constant propaganda?

NEUTERING THE LANGUAGE IN BRUSSELS
Our friends in the European Union know what’s best for us, even if it runs directly counter to everything that our God-given senses tell us is good for us. Unlike us, they realize that Europe will only be great again once it is irreversibly non-European, that men will only be free again until they are all convinced they’re women, and that the only healthy sex is the kind that causes fatal diseases and never produces babies.

Since the idea that humanity is ruled by a hateful fiction called “sexual dimorphism” that violently splits us all into arbitrary categories called “male and “female” is insane, oppressive, and forms the building blocks of fascism and contentment, EU staffers in Brussels are encouraging all the men and women under their employ to stop referring to themselves as men and women.

A new guidebook called Gender Neutral Language In The European Parliament counsels staffers to pretend that between everyone’s legs is a smooth field of polished glass rather than genitals.

He’s not a fisherman, he’s a fisher.

And they’re not politicians, they’re lunatics.

SUNSET ON CHRISTIANS IN THE LAND WHERE CHRIST WAS BORN
The 20th century was one of relentless atrocities, yet some seem to receive far more attention than others. For example, were you aware that the Soviets are estimated to have killed 12-20 million Christians? That’s not exactly chump change, my friend.

As we end the holiday season, we must pause to consider that in the Middle East—where Christ was born—Christians are on the verge of extinction. Not only are they surrounded on 800 miles in every direction by Muslims, but the Jewish population that started streaming into Israel from Europe after World War II don’t seem very sympathetic to the Christians’ plight.

From Syria to Egypt to Lebanon to the northern plains of Iraq, Christians face conditions which under any other circumstances would be considered deliberate genocide.

But for the most part, the Western press remains silent, focused instead of the plight of the non-Westerners whose lives they apparently value more than those of their own kinfolk.

Enjoy the rest of your holidays and prepare for the troubles ahead.

Every Monday, Jim Goad reads the previous day’s “Week That Perished” on his podcast.
Subscribe to Taki’s Magazine for an ad-free experience and help us stand against political correctness.