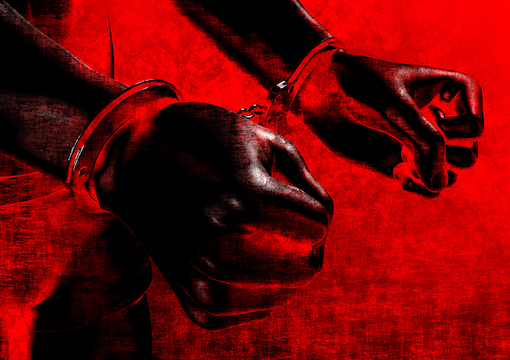 The Week’s Most Craving, Slaving, and Heat-Waving Headlines

GIVING BLACKS THE BIG BIRD
Over the years, Sesame Street has pandered to the “diversity and inclusion” crowd with numerous episodes aimed at black kids. Same message, again and again: Your color makes you special.

Last year the show even introduced the new characters Kermit Till and his friend Tusky-G the rapping syphilitic elephant.

But now all that good work’s been flushed down the toilet thanks to Sesame Street’s open-borders policy. “Rosita” is the show’s first bilingual Muppet. Hailing from Mexico, the character gives children valuable lessons in cultural tolerance and drywall installation.

Sesame Place is a Bucks County, Penn., Sesame Street-themed amusement park owned by Sea World and licensed by the government-funded PBS show. Last week, at the park’s daily Reaming of the Taxpayers Parade, two little black girls were watching the beloved characters march by when along came Rosita, waving at onlookers and high-fiving a bunch of white kids and parents.

The two black girls reached out to hug Rosita, but she shook her head “no” and waved them off, coldly marching away as the crestfallen children tearfully came to terms with how insignificant they are to this Mexican immigrant Muppet.

And with that, Sesame Street provided its first useful lesson in fifty years.

Yes, black Americans, the Rositas marching through our open borders don’t like you, don’t want to deal with you, and in the end will render you irrelevant.

These days, that’s a way more important lesson than counting to five cookies.

The park, of course, apologized. But one suspects that the bitterness and resentment felt by the two girls will one day be visited upon workers at a McDonald’s who are late with an order of fries.

Sesame Park’s motto is “Go Before They Grow.”

A wise warning to anyone in the presence of angry black children.

THE GROIN MILE
I must admit I didn’t think much of Demi first time I laid eyes on him. Looked like a stiff breeze could blow him over. Also, looked like in a breeze he could blow someone stiff. That was my first impression of the man. That tall drink of water with the silver spoon up his ass…well, hopefully it’s just a spoon.

You’ve heard of Demi Moore; now meet Demi Lots Moore. “Female” convicted murderer Demetrius “Demi” Minor is more than a woman, in a major way. “She” has a penis, testicles, and everything else dudes have.

Because Demi Minor’s a dude. But don’t tell that to New Jersey correctional officials, because they think Minor’s a woman. After all, he told them so. And why would a dude serving a thirty-year manslaughter stint lie about that?

Oh, right; so he could be housed among women. Which he was. And he wouldn’t stop knocking ’em up. After multiple pregnancies resulted from his time at the Edna Mahan Correctional Facility for Women, last week the 27-year-old Minor was transferred to the all-male Garden State Youth Correctional Facility.

And now poor Demi worries that he’ll be the victim of sexually predatory men (while he was born with a penis, he was not born with an appreciation of irony).

“Monkeypox is an African-born disease, so the spread among gay Americans is yet another example of cultural appropriation.”

So if you need new multicolored blinds for your windows, you know who to contact.

In his article, Tat Pullcord-Shutterman links to Minor’s website, which explains that he’s only in prison because he “mistakenly” killed his stepfather over “misplaced hostility.”

Minor has vowed to fight for the right to return to female lockup, and the accompanying right to force himself on female inmates.

And with the ACLU’s help, perhaps soon the Bird Transman of Alcatraz can return to Ménage-à-Trois-shank.

ESTHER, QUEEN OF THE BLACK ISRAELITES
It’s nice to see something good finally happen to a Jewish-American princess. Marta Kauffman has always had to struggle. Growing up in an upscale 92 percent white Pennsylvania suburb, Kauffman was forced to attend school with Christians, an experience that she’d later tell the Jewish Journal scarred her for life.

Following college, Kauffman hitchhiked to L.A. on a private jet, where she began a career in Hollywood, a town not known for employing Jews. In 1994 fortune finally smiled on Kauffman when she co-created a sitcom called Friends, which became a massive hit due to a 1990s explosion in Down syndrome TV ownership.

Yet even that endeavor brought no happiness. According to the Journal, “When the show went off the air, Kauffman found that although she’d created a Hollywood legacy, she needed to reinvent herself to stay current.”

That was 2004. And in the spirit of “look, do you want it done fast or done well?” last week Kauffman finally announced that reinvention: She’s decided to become Queen of the Blacks. Admitting her “guilt” (which she blames on “society”) for having had no black characters on Friends, Kauffman has personally pledged $4 million to Brandeis to hire a black professor who’ll head a department that bears her name: The Marta Kauffman Chair in Shrill Kvetching.

And with that, Kauffman waited for every black in America to arrive at her Hollywood mansion and carry her on their shoulders like the royalty she is.

Instead, all she got was a black panhandler outside Bristol Farms who drunkenly shouted, “Da f*ck was Friends?”

GAYS LOOK AHEAD
Correction: That title should read, GAYS: “LOOK, A HEAD!” As in, “Hey, a public restroom; let’s have sex!”

In epidemiological terminology, this is known as the “mummy method” of disease prevention.

Thanks to the CDC, West Hollywood, Castro, Fire Island, and Greenwich can now guiltlessly host orgiastic pyramids in which pharaoh fagalas Ram-ses each other in the Tutankhanus while exclaiming Imhotepdatass as they pylon the Sphinxter, secure that nobody is spreading monkeypox because of course gauze is a foolproof shield against infection (just like cloth masks and plastic partitions).

Monkeypox is an African-born disease, so the spread among gay Americans is yet another example of cultural appropriation. Not to worry, though—last week saw a new outbreak of Marburg, a highly infectious zoonotic hemorrhagic viral disease, in Ghana. Marburg has a 90 percent fatality rate, literally liquefying its victims like a Nazi looking into the Ark.

That said, watching someone die of Marburg is still not as disturbing as watching a Sam Brinton dog video.

According to Western public health officials (and the man-sized anthropomorphic mud-caked bundle of twigs and dung that serves as Ghana’s minister of health), it’s unlikely that the Marburg outbreak will spread beyond Africa, as the disease can only be contracted via close contact with bodily fluids.

Upon hearing that, every gay man in America exclaimed, “Sounds like a dare!”

AOC OMG WTF?
It was the worst week ever for unwise Latina Googly Gomez (better known as Alexandria Ocasio-Cortez). First, AOC was brutally assaulted on the Capitol steps. Then she was rendered penniless by racist sexist congressional pay rules. And finally she was hauled off in handcuffs by brutish cops.

In AOC’s mind, all of that happened.

In reality, not so much.

First, “Eyeballs O’Shaughnessy” was heckled outside the Capitol by an internet troll who complimented her “booty.” And although AOC laughed it off (the heckling, not her booty) at the time, she later decided she’d been literally murdered by the rude constituent’s comments.

But as she started to plan her funeral (recyclable fair-trade coffin, designer dress made of aborted fetal tissue, and Alicia Keys on a solar-powered organ playing “Candle in the Wind”), she realized she was unable to afford such a lavish affair on a congresswoman’s salary (plus, the rights to “Candle in the Wind” are owned by the cowfart lobby, and they wouldn’t allow her the use). Brownie Bulger immediately took to Instagram to complain that she’s unable to live on a mere $174,000 a year, receiving many sympathetic replies from her mindless minimum-wage fantards.

And as if all that wasn’t enough, AOC and her fearleading “squad” decided to provoke arrest by blocking the entrance to the Supreme Court. But when the cops hauled off the hindering harpies, AOC, a practiced expert in the art of agitproptosis, pretended to be handcuffed, only briefly dropping the charade to wave at onlookers in a tribute to Uruguayan magician Daniel K.

Once at the bottom of the steps, AOC then pretended to get beaten Rodney King-style (and to be fair, she was more convincing than the guy who played Carlo in The Godfather).

A taxing week for a taxing Democrat. To soothe AOC’s imaginary wounds, Nancy Pelosi sent a car to scoop her up and bring her over for a girls’ night of ice cream and wine.

The bad news: The driver was Pelosi’s husband.