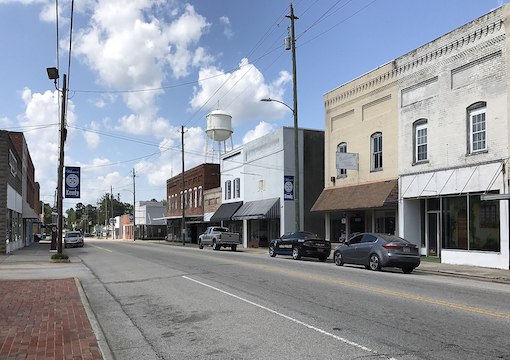 The Week’s Most Spanking, Banking, and Pranking Headlines

CHINAMAN WOKS THE PRANK
Me Chinese,
Me make joke,
Me make fools of African folk.

As China ruthlessly colonizes Africa, usurping and exploiting the Dark Continent’s resources for the benefit of the yellow nation, Chinese pranksters are doing their part. After all, what’s colonization without humiliation?

Of course, in sub-Saharan Africa, putting pee-pee in somebody’s Coke would actually be a step up from their usual drinking fare (“Welcome to Mbongo’s Café. May I start you off with a glass of raw sewage?”). So ching-chong chucklemen are having to think outside the takeout box to put one over on the locals. Lu Ke is a Chinese citizen living in Malawi. And he’s become China’s favorite online jokester, a regular Deng Xiaozing, by making videos of African children humiliating themselves by speaking phonetic Chinese. Wildly popular on Chinese social media, Ke’s content consists of African kids unknowingly saying things like “I’m a black monster” and “My IQ is low.”

Lu Ke uploads under an assumed name (sadly, not Sky Walker), in order to avoid repercussions from Malawian officials. But last week the BBC concluded a lengthy in-depth investigation into the identity of the Phantom Yuenace, and Ke’s name was revealed (it’s nice to know that even though the BBC refuses to investigate Asian rape gangs in London, they’ll spare no expense going after Asian cutups in Africa).

Ke fled Malawi ahead of an arrest warrant, but he was caught in Zambia, where officials reported that he was absolutely delicious with a side of sweet-and-sour rice.

Let this be a lesson to other Guangdong gagsters: Stick to prank calling your local bar.

BUBOES BY ANY OTHER NAME
Ashwin Vasan is New York City’s Health Commissioner. The Indian-American physician is also a professor at Columbia’s Mailman School of Public Health, where his lectures consist of, “Today we’re going to examine whether you should eat the mail. No, you should not. Even if you’re very, very hungry. Eating paper is not good for you. Class dismissed.”

This light workload allows Vasan to concentrate on his city’s gravest health concerns.

Well, not monkeypox per se. More like the racism caused by the name monkeypox.

Ashwin: “Please, don’t call it that! That word is racist!”

JaMarcus: “Actually, you’re the only one I’ve ever heard makin’ that…”

JaMarcus: “Look, will you just help me with my…”

JaMarcus: “Dude, you ain’t right in the head.”

In response to racism that exists only in his twisted Punjabi mind, Ashwin is lobbying the WHO to change the name of monkeypox because of the “painful and racist history within which terminology like monkeypox is rooted for communities of color. Continuing to use the term monkeypox may reignite these traumatic feelings of racism and stigma for Black people.”

A great epidemiological strategy: fight an epidemic by telling blacks that the word “monkey” refers to them.

OXY CANADA
It’s easy to laugh at Canada, a nation with boundless resources but zero international import and influence and even less respect. A nation ruled by a semi-retarded child with a Moe haircut. A nation whose greatest folk singer had to make his bones singing about an American shipwreck, because Canada can’t even produce decent disasters.

The legend lives on from the Chippewa on down,
Of the roller coaster in West Edmonton Mall.
Mechanic Gordy McHugh, failed to tighten a screw,
And a bunch of the riders did fall.

“Dammit, that don’t work. Back to the bottle.”

“Sometimes a town is ‘one stoplight’ because nobody’s smart enough to build a second one.”

But in fact, if only the United States had taken Canada more seriously, many innocent Americans would still be alive today. To little fanfare, Canada has been experimenting with a program to solve the opioid epidemic by giving addicts free opioids.

Sure, sounds horrific. Another calamitous Canadian idea, like seal hunts and censorship laws and Neil Young. But think of it this way: Is the world better off because George Floyd had to write a bad check to afford his fentanyl? A simple bus ticket to Vancouver would’ve made Floyd and everyone victimized by BLM’s 2020 summer of terror a whole lot happier.

As reported last week in The New York Times, fentanyl dispensaries are the new big thing in British Columbia. Addicts need only walk in, and they can walk out with all the fentanyl they want, no cost (plus, a free Nanaimo bar every tenth visit).

Dr. Christy Sutherland, the can-do Canuck who oversees the program, told the Times that “the goal is to help bring stability to their lives so that they may think about what they might want to change.”

The fact that China owns over one-third of Vancouver real estate and is looking to buy up the rest has absolutely nothing to do with the fact that the city is killing off locals with free fentanyl.

BLACK WRECKSELLENCE
In American fiction, every small town has one troublesome resident. Mayberry has Otis the drunk, Hill Valley has Biff, Cabot Cove has a murderer a week, and Smallville has Bryan Singer hanging around asking teen boys if they’d like to “screen test” for Superman.

For years he got away with it because he was Kenly’s town manager. Unfortunately for Garrison Feel-’er, one local lady finally had enough and went to the cops after Douglas entered her home, squeezed her breast in front of her sister, and asked, “Why won’t your sister let me hit it?”

Douglas was charged with sexual battery, and Kenly needed to find a new town manager.

Kenly is 36 percent black (hence the high theft rate of cooling blueberry pies). Michael Andre Douglas is also black. The town council decided that, having fired a black town manager, they’d need to hire another one to avoid accusations of racism.

So they hired a woman who’s made an entire career of accusing people of racism.

Sometimes a town is “one stoplight” because nobody’s smart enough to build a second one.

Justine Jones from Virginia is a certified “National Urban Fellow,” a credential that screams “hire me because I’m black cuz I got nothin’ else” (at least with a National Keith Urban Fellow you get cocaine). She’s worked for various towns all over the South, and she’s sued ’em all for racial and gender discrimination.

So of course Kenly hired her. And within a month, every single cop and clerk quit over the “toxic and hostile work environment” she’d created. And now the council is afraid to fire her, because, well, you guessed it.

Yahoo News “race and justice” reporter Marquise Francis claimed last week that racist Kenly rejected Jones because she’s black. When asked why, if that’s the case, the town tolerated Ass-Grabbin’ Andre for so long, Marquise didn’t reply, as he was running off with a blueberry pie.

GUILE E. COYOTE
Fifty-three Mexican migrants died last month in a horrific scene of carnage, perishing in stifling, unbearable heat—temperatures better suited to hell than earth—the life slowly sapped from them as they expired amid a sea of dehydrated, desiccated corpses, the stench of urine, strong though it was, overtaken by the mephitis of noxious gases seeping unchecked from the bodies of the screeching, incoherent doomed.

No, these migrants weren’t in Lake Havasu. They expired in an abandoned tractor-trailer, left by human smugglers to die under the merciless San Antonio sun.

Though the story made headlines worldwide, an investigative piece in last week’s New York Times uncovered a curious detail about the victims: Several of them had paid the coyotes $10,000 for the trip. And while paying that much money for a journey that ends with being baked alive in a feces-filled trailer still beats flying Delta, many Americans were puzzled by the fact that these impoverished migrants not only had $10,000 to spare, but that they couldn’t think of a better way to spend it.

Just go to Houston. Any number of local crackheads will marry you for half that amount.

“I now pronounce you Santiago and LaQueenzetta Hernandez. You may kiss the stankwhore.”

Turns out the mind of Mike Lindell isn’t the only place where Trump is still president. Coyotes have been hesitant to tell the impoverished flotsam of Latin America that Biden’s made it possible to waltz across the border for free. Fees for smuggling increased to such an extent during the Trump years, when ICE was actually allowed to do its job (imaginary whips and all), the coyotes didn’t want the gravy train to end. So smugglers are acting like your office’s IT guy and pretending the task’s a lot harder than it is.

Gullible migrants are selling family property and taking out massive loans (from the smugglers!) to pay for the trip.

When thanks to Biden, all they really need is a good pair of shoes.

Not sending their best, indeed.