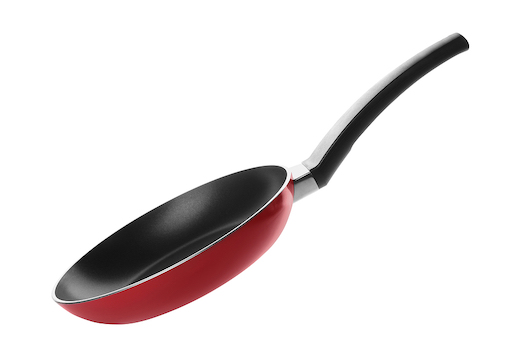 The Week’s Most Guessing, Confessing, and Stop-the-Pressing Headlines

THE CHUNG POISONER’S HANDBOOK
Say Yu, say me
Say it for always
That bitch poisoned my tea!

Tiger mom, meet lye-ger wife. She’s a whiz with caustic chemicals in the kitchen, but she doesn’t use ’em for cleaning.

Poor Dr. Jack Chen. The Irvine, Calif., radiologist had not been feeling well for several weeks. Nausea, stomach cramps, esophageal swelling, loss of appetite. And it didn’t help that he was spending thousands of dollars on plumbers because his urine was burning through the toilet bowls.

He also had a strong chemical taste in his mouth that always seemed to show up right after he drank something at home. Hot tea, iced tea, milk, lemonade—didn’t matter what he made, he’d feel ill after every sip.

A friend suggested he watch The Sixth Sense, to which Chen replied, “Oh c’mon, that’s the stupidest idea I’ve ever…” and then about halfway through the film he was like, “Ohhhhhh, now I get it!”

Chen set up a nanny-cam in his kitchen and caught his wife, a dermatologist named Yue Yu, yellow-handed: She’d been putting Drano in his drinks.

As if the poor bastard didn’t have enough problems, when Chen tried to report the crime, it took a few minutes for the cops to get it straight.

Detective: “Okay, you say someone poisoned you. Who did it?”

Detective: “That ain’t true, buster. I don’t even know you.”

Detective: “Because I’ve never seen you before!”

Yue Yu was booked on one count of attempted murder and another of practicing plumbing without a license. And Dr. Chen was booked for one week at The Improv.

Actually, just fears. Costumed theme-park characters find themselves at the center of America’s racial dreckoning, after two videos went viral of racist galoots in fluffy suits ignoring magical black girls. First there was the Great Muppet Massacre, when Sesame Street became Oppressame Street for a little black girl who didn’t get a hug by a passing kkkostumed character.

And now, a Rhodesian rodent has enforced his own policy of “separate but squeakqual” at a Philadelphia Chuck E. Cheese, as a performer in a mouse costume passed up the chance to hug a bouncing young Brie-onna Taylor, much to the chagrin of her family, who regretted not visiting Chuck E. Government Cheese instead, where the food is free, the arcade games always pay out, and the children are entertained by characters in costumes of Randy, Marlon, and Tito Jackson (inside the costumes are the actual Randy, Marlon, and Tito Jackson).

With this ebony-excluding plague, this Mascot of the Red Death, felling black children by the score (if by “score” one means rarely), one enterprising lawyer has launched a class-action suit against America’s theme parks and low-rent bargain-basement “you havin’ your birthday here and if you don’t like it you’ll get the strap” pizza parlors. Attorney Malcolm Ruff, sadly not a dog in a human costume because that would’ve been funny, is gathering blacks across America whose children have been jilted by minimum-wage earners in foul-smelling outfits. Although he’s yet to bark his demands at the theme parks, one suspects those demands will have something to do with mandating what was captured on video last week, when Woody from Toy Story damn near stopped an entire Disney parade after another character failed to notice a black girl.

Expect costumed characters at future Disney parades to have “equity chaperones” who guide them toward black children.

“Hiya, kids! I’m Goofy! And this is my bestest, bestest buddy Myron Lipschitz of Lipschitz, Cohen, Schmuelstein, and Levinovitch. He’s the wackiest character of all; he serves injunctions!”

CEO STRUGGLES IN QUICKSANDINISTA
MAGA alert! The FTC has heavily fined ($211,000!) a self-described “gun-totin’ free-patriot” apparel company for falsely passing off MAGA-wear as “made in America” when in fact the garments came from abroad.

Last week, Sean Whalen, CEO of Utah-based Lions Not Sheep—seller of fine pro-Trump and anti-Biden tees, caps, and sweats—took to his company’s website to dispel the FTC’s “misinformation.”

Get ready for some truth!

Whalen began the video by explaining that the FTC lied about the “made in USA” shirts coming from China. No, he says, they actually came from Nicaragua, a different Marxist dictatorship, this one in America’s backyard, where it’s flooded the U.S. with over 111,000 illegal aliens—many of them hardcore criminals and narco-gangsters—in 2022 alone. The Marxist dictatorship whose presidente for life fought a literal proxy war with the U.S. in the 1980s.

Take that, FTC! It was Nicaragua, not China!

The first rule of surviving in quicksand is to stop struggling. Whalen is apparently unfamiliar with this rule, because he added that his company operated in full compliance with “made in America” regulations under the Trump administration, but in August 2021 the FTC, under Biden, changed the rules, making it harder for foreign goods to be falsely passed off as American.

Dude, seriously, stop struggling! “Trump made it easier to pass off foreign goods from Marxist foes as American-made, until Biden tightened the rules” is not a good look for a company that sells “Trump: America First” and “Fuck Joe Biden” shirts.

Lions Not Sheep provides customers with a free copy of the U.S. Constitution with every order. Whalen should reread the Fifth Amendment.

The Founders knew that sometimes it’s best to keep your mouth shut.

EDWARD R. DUH-ROW
One reason to not import goods from tin-pot Third World hellholes is that they’re often of inferior quality.

What goes for garments goes for journalists.

Pocharapon Neammanee is not a sedentary bottom-dwelling marine anthozoan with stinging tentacles. It’s a guy. Well, it’s a reporter, sort of. He’s the “journalist” who was assigned to the Lions Not Sheep story by Insider. The “scare quotes” come from the fact that this college student is social media and communications intern at New Jersey Progressive Democrats (he’s also an apparently undocumented “dreamer”).

Just the guy to do a fair report on a MAGA org!

Frankly, if Sean Whalen had just pointed this out instead of digging a hole to Nicaragua, he’d have emerged far less scathed.

To say that Pokémon Anemone is a biased reporter sells the man short; he’s also illiterate. He doesn’t capitalize proper names (well, he capitalizes Biden but refuses to do so with Trump), he can’t differentiate “was” from “were,” and on his keyboard the period is another comma. He wrote that the FTC fined Lions Not Sheep $20,000 (it was $200,000), and he described the company’s shirts as saying “Go Brandon” and “#FBJ” (“Fuck Billy Joel”? Isn’t that a little harsh?).

Last week NPR ran a piece lamenting how GOPs (including party A-listers like Ron DeSantis) are refusing to speak to the “mainstream” press or allow reporters from nonconservative organs into their events.

Soaked in faux sincerity, NPR reporter Danielle Kurtzleben (“Kurtzleben” is German for “Madison Cawthorn’s political career”) wonders why, oh why, so many Republicans won’t talk to the “progressive” press.

Hmm…maybe it has something to do with the fact that a major news organization like Insider would assign a progressive collegiate Democrat party operative who can’t write English to cover a story about the FTC vs. Trumpworld.

Nah, that couldn’t be it. It’s probably just part of the right’s war on democracy!

YOUR PANCAKES HAVE DOOMED US ALL
So, what’cha have for breakfast this morning?

Scrambled eggs, you say? Mmm-mmm, who doesn’t like scrambled eggs? Did you enjoy ’em? You did? Wonderful. Very good.

Because your eggs just murdered the world.

According to a Swedish study published in Environmental Science & Technology, the earth’s rainwater is now permanently undrinkable—everywhere, even Antarctica—because of PFAS (per- and polyfluoroalkyl substances), which are used to create nonstick cookware. Because you bastards want your stupid eggs and pancakes to glide smoothly off your stupid skillets, PFAS residue has risen up and saturated the clouds and now water from above is more toxic than water from a Tijuana tap.

Worse still, the study describes PFAS as a “forever chemical,” meaning that once it’s in the environment, it never leaves.

All because you spoiled, selfish monsters don’t want to lick your breakfast off a solar-heated stone.

Oddly, though, if you read the Swedish study all the way to the end, you find that far from being “forever,” “PFAS levels in people have actually dropped quite significantly in the last 20 years” and “ambient levels (in the environment) have been the same for the past 20 years.”

But why now? The EPA recently changed its PFAS guidelines significantly “after discovering that the chemicals may affect the immune response in children to vaccines.”

So when kids become ill or die after being pumped full of Covid vaxxes and boosters, it ain’t the vaxxes and boosters. It’s your damn greasy-ass hash browns, which all of a sudden kill kids who’ve totally coincidentally just been super-vaxxed.