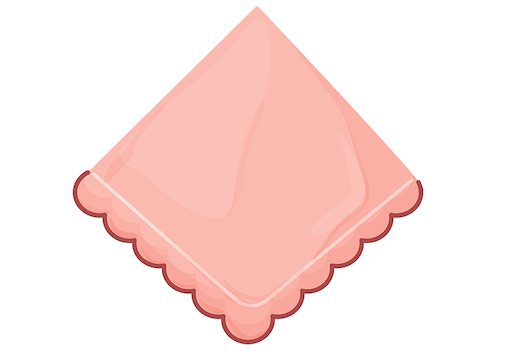 The Week’s Most Nixing, Transfixing, and Netflixing Headlines

THE CASE OF THE NAPPY NAPKIN NAPPING
For black women in Houston who need help with unmanageable hair, Erin Mims is the go-to girl for the ghet-to gal. As owner of Alluring Locz Kingdom & Fades And Meaux Barber Studio (motto: “Our name so long you think it wearin’ a weave”), Mims is there for all your nappiest needs.

But last week, the woman who gives fades to blacks nearly saw her life fade to black thanks to a fiendish would-be assassin with a rather unique weapon: a poisoned napkin.

It was Mims’ birthday, and she and her husband were out on the town. As they returned to their car, Mims noticed a napkin scrunched into the passenger door handle. Using her Spike Lee Press-On Nails, Mims removed the towelette without touching it to her skin. But then she touched the handle…and whatever poison was on the napkin had transferred there, from which it entered Mims’ system via immediate osmosis through her fingers, causing complete organ failure, or so it felt.

As Mims explained in a Facebook video, “I thought I’ze gon’ be dead, dawg.”

Thankfully, the poison didn’t affect her facility with language.

Mims’ husband drove her to the ER, where (according to her) doctors initially said she was fatally ill but then she was fine. Mims also claims the doctors told her the poison might’ve been part of a “kidnapping” attempt.

That was just mean.

It’s easy to (snot)rag on Mims’ story, like the Daily Mail experts who questioned whether any known poison could be soaked into a napkin, transferred onto a handle, transferred onto a finger, and absorbed into the body causing immediate near-death. But as Mims is black it’s against federal law to doubt her tale of hankie-panky.

So yes, a napkin almost assassinated her, like JFK riding through Doily Plaza. This was Mims’ servietnam; she’s lucky she came home alive.

Fortunately, the story has a happy ending; Netflix has optioned Mims’ ordeal for a feature film: Malcolm Kleenex.

Henry Morgenthau: “Mr. President, that madman Hitler must be stopped at once!”

FDR: “Worry not. I’ve dispatched Wonder Woman to Germany to pay a personal visit to that mustachioed madman, if you get my drift.”

FDR: “Welcome back, Wonder Woman. Did you deal with our little German ‘problem’?”

Wonder Woman: “The real problem, Mr. President, is that the Danzig Corridor was and is German. It owes its cultural development exclusively to the German people. Also, your Cabinet is crawling with Jews.”

Apparently, Wonder Woman was a fangirl at Hitler speeches. At least that’s the impression given by a series of recently leaked photos created for the 2020 flop Wonder Woman 1984. The pics depict Wonder Woman attending a Hitler speech and assisting prisoners being liberated from Auschwitz.

So basically, Wonder Woman came face-to-face with Hitler and did nothing. And she waited until the war was over to “help” concentration-camp inmates.

The photos never made it to the final cut, but the fact they were created in the first place means that either Jews are losing their grip on Hollywood, or interbreeding is making them way less intelligent.

Evidence of the former can be found in another recent controversy. After black/Italian actor Giancarlo Esposito revealed that he might play Magneto in an upcoming X-Men reboot, “black Twitter” cheered the notion of a black gentile portraying a character whose Holocaust survivor backstory is integral to the role. When several Jews objected to the casting, they were pummeled by black “experts” who claimed that plenty of blacks died in the Holocaust.

After all, if every black person is a magical genius, why not a Holocaust survivor as well?

Truth is, at one point the Nazis did try to imprison a group of blacks in Auschwitz. But when they marched under the “Arbeit Macht Frei” sign, the blacks thought it was a fast-food menu, and when their “freis” didn’t arrive in a timely manner, they shot each other before the Nazis could register them in the camp.

This, too, will soon be a Netflix movie: Triumph of the Will Smith.

NEW YORK TAKES THE DUTCH CURE
Next year will mark the 400th anniversary of Dutch trading colony “New Netherland” being granted provincial status. Several years later, the Dutch would purchase Manhattan from the Indians, who accepted as payment a handful of trinkets because after hearing the Dutch speak they thought they were dealing with a species of monkey (“Een boom haak in beek hoop ik”…that’s a real Dutch sentence).

Whatever the Dutch paid, they got gypped. Once known as the “capitol of the world,” NYC is now the crapitol of the world. Violent crime’s gotten so bad, thugs have moved beyond throwing innocent bystanders onto subway tracks.

Last week Intazar Dar, who’s either a 64-year-old Brooklyn man or an extraterrestrial here to conquer us for our resources, was taking the Q train from Lower Manhattan when a shirtless wild-eyed street brutha leaped from the platform onto the tracks, tore out a large piece of bedrock, leaped back onto the platform, and bashed Zardoz Drak in the head with it.

Zontar was taken to Maimonides Medical Center (which is in the process of dropping the “onides” from its name to better reflect the city’s new official pastime) with head trauma. Although his wounds are survivable, he told a local reporter that all plans for Earth colonization are off.

“You humans are irredeemable; you’re either savages or enablers of savages. No resources are worth this.”

He then radioed his mothership in his alien tongue: “Abandon the invasion! Gleep gloot moop beep!”

Four hundred years, and Manhattan comes full-circle back to the Dutch.

Sure, Bonners Ferry is a town of just 2,500 people. But there’s no fight as important as the fight against the ideologically driven censorship of learning materials.

The Bonners Ferry controversy made national news last week, with NBC News running a 2,000-word piece championing the heroic librarian who’s standing up to the rednecks who don’t want books detailing gay sex and gender-queerness in the kiddy section. Librarian Kimber Glidden boldly told NBC that keeping kids from seeing oral sex manuals would be a violation of her sacred oath.

“I’d rather be someone accused of having naughty books than be in violation of the Constitution.”

Except…over in Salt Lake City, also last week, a fourth-grade teacher at William Penn Elementary uploaded a video in which she bragged about removing all classroom materials that feature white people. “There’s, like, no white kids represented in the materials I have,” she boasted. “Not a single white face there.” In the video she goes into great detail about how she bans classroom materials that feature whites.

An Idaho town of 2,500 where some parents are trying to limit the access of minors to sexually explicit materials?

A Utah metropolitan area of 1.2 million where a teacher is removing all classroom materials featuring whites?

Berkeley’s People’s Park was founded in 1969 by student radicals who envisioned the park as a haven for community togetherness. And like everything hippies ever did, it quickly turned to crap. By the 1990s the park had become a foreboding den of homeless schizos, paint huffers, and assorted feces-caked flotsam.

At the same time, UC Berkeley, always in need of more student housing for the next generation of Soros paralegals, diversity managers, and social workers who recommend mastectomies for toddlers, had long eyed the park as a potential site for new off-campus dorms.

After many false starts, last month the university finally moved to bulldoze the park and begin construction of a massive 16-story housing complex. But the tweakers and huffers, bolstered by locals who prefer to have Berkeley’s slimiest corralled in one area, surrounded the park and chased off the construction crews.

Andy Ngo covered the event as if it were an apocalyptic riot. But in fact, when faced with an army of grotesqueries who smell like poop, the university usurpers gave up with no struggle.

Was this really a bad thing? Last week, white people were banned from entering a five-story, 30-room UC Berkeley off-campus housing complex. And conservatives are upset that Berkeley’s not able to build more apartheid structures?

That plot of land is way better off as a zoo for human animals who seek only to kill their own brains with drugs, as opposed to a housing facility for zealots who seek to kill your kids with progressive prosecution and tranny surgery.

In fact, a few days ago, a tranny tried to set up a tent in People’s Park.

The huffers set fire to it.

Sorry, Andy…every now and then you gotta root for the rabble.