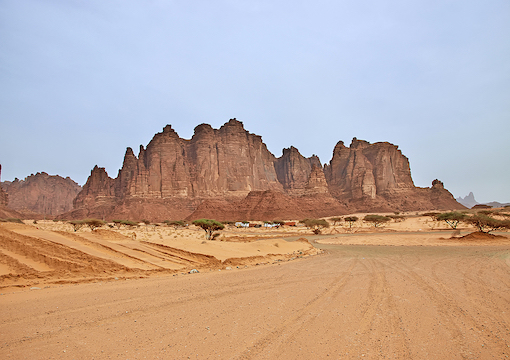 The Week’s Most Crooning, Spooning, and Harvest Mooning Headlines

QUEEN BEE (GONE)
R.I.P. Queen Elizabeth, who passed away at age 96 after ramming her car into a house at full speed while high on cocaine and fentanyl.

CORRECTION: That was Anne Heche. We apologize for the error.

The Queen passed away peacefully, her morbid disappointment of a son by her side, a tragic reminder that England will now be overseen by a monarch who once wished he was a tampon. That’s not a joke. Netflix’s The Crown left it out of the series because the writers didn’t think millennials would believe it. Literally, the writers of The Crown feared that the generation that thinks a man in a dress is a biological woman wouldn’t buy that Prince Charles wanted to be a tampon.

The Queen who tried to set Third World ingrates free only to see one marry her grandson leaves behind a long legacy of dignified service. And speaking of Third Worlders, Queen Elizabeth had the misfortune of passing away in the era of black Twitter, so of course every person of color felt the need to weigh in on why old white lady bad!

The prize for top hip-hop grave-dancing must surely go to “Dr.” Uju Anya of Carnegie Mellon University (where she holds the Mugabe Chair in Cannibal Studies and Septum Nosebones). Within seconds of the Queen’s death, Professor Bongo tweeted “I heard the chief monarch of a thieving raping genocidal empire is finally dying. May her pain be excruciating. May she die in agony.”

Fancy talk from someone who stole her name from an old-time Irish curse (“Ooh, Jew on ya,” which basically means “May you be cheated out of your money”).

Turns out Uju Anya has her own history of racism. In 2020 the Nigerian-born pseudoacademic referred to American blacks as “akata,” a derogatory term meaning “wild animals,” used by Africans against their American kin. A petition to have the prof sanctioned by Carnegie Mellon, which stalled when first created, zipped back to life with hundreds of new signatures, fueled by outrage over Anya’s hateful tweet.

Elizabeth’s parting shot from beyond the grave?

PUNCHIN’ JEWDIES
Williamsburg? More like Williamsburgen-Belsen. The Brooklyn neighborhood has become a hotbed of anti-Jewish violence, and sadly the local Orthodox Jews have found that their magical eruv wires, while offering ample protection against Sabbath sinning, fail to block fists.

Last week, three Orthodox were attacked by an assailant who sprayed them with a fire extinguisher.

Also last week, in an incident that went viral, an irate bicyclist slugged an Orthodox Jew for stealing his brother’s parking space. Worse still, the brother’s car was forced into an UNRWA-administered refugee camp.

Hopefully one day the car can reclaim the spot, based on the Right of Right-turn.

Conservative actor and cranial wind-tunnel Matthew Marsden, whose 2019 “American soldier battles skinheads to save Jews” action film I Am That Man was so bad Ben Shapiro didn’t even try to shake it down for a cut, took to Twitter to declare that the parking fracas “is just one disturbing result of not teaching history properly.”

“Never underestimate the ingenuity of people who can turn bedsheets into formal wear.”

Yes, with more Holocaust education, New Yorkers would never get upset over parking.

“Ya fuggin’ kike…you want a bar mitzvah? I’ll give you a SCAR mitzvah. You’ll challah in pain from my bagel and SOCKS. I’ll kick your assover for Passover.”

Forget cops; all NYC needs is Holocaust ed. Finally, something George Soros and conservatives can agree on.

CONDUMBED TO REPEAT
Remember Barney Frank? He was that lovable Semite sodomite congressman from Beantown with the Elmer Fudd voice whose passions included rending the chains of inequality and the anuses of houseboys (“Be vewy vewy qwuiet…I’m hunting wectums”).

Fwank helped usher in the Great Recession, thanks to his policy of moving nonwhite families into houses they couldn’t afford, all in the name of “equity.”

In 2010, after the economy had been destroyed like so many rent-boy sphincters, Frank, who by then was giving speeches wearing skintight shirts that displayed his prominent boobs and nipples, conceded (without admitting fault), “It was a great mistake to push lower-income people into housing they couldn’t afford and couldn’t really handle once they had it.”

Well, you know the old saying: Those who forget titstory are condemned to re-teat it. Bank of America announced last week that it’s offering a special deal to low-income blacks and Hispanics: Move into any house you want, zero down payment, zero closing-cost mortgage, zero mortgage insurance, zero minimum credit score.

Amazingly, nobody seems to think this’ll go south, even though it did before. Fred Berry ain’t the only rerun in the ghetto.

As for Barney Frank, he couldn’t be reached for comment, as he’s bedridden with his fifth case of monkeypox.

Of course, the question arises, how exactly does a nation that criminalizes bikinis, alcohol, and sexuality compete for tourist bucks? This is a country where their version of Burning Man is the mass immolation of homosexuals. But never underestimate the ingenuity of people who can turn bedsheets into formal wear. The Saudis have several tricks up their sleeve for convincing travelers to spend their vacation in a place where stealing a hotel towel leads to court-ordered dismemberment.

Although Saudi Arabia relaxed its Jew-ban several years ago, most Jews never got the memo, something that Saudi tourism minister Ali Makbeel hopes to exploit. “Sure, our 110-degree beaches are stifling when you have to wear heavy garments, but isn’t it worth it to not have to hear Jews bitching about the weather? I mean, you could go to Miami, where you can drink and dance. But around every corner is some old Yid going, ‘Oy, the humidity! It’s like a sauna.’ We can offer you a resort experience free of that!”

Also, as it’s become practically impossible to hold any major county or state fair in the U.S. without roving gangs of thugs shooting the place up, Saudi officials are quick to boast of their inflexible law-and-order policies. “No Soros here,” Saudi justice minister Qurz T. Ali told the WSJ. “You Americans apologize for lynching; we use it as the minimum sentence for shoplifting.”

As the Saudi king told the WSJ, “Perhaps our greatest appeal for Americans is the opportunity to visit the place of conception of something that changed the world.”

When reminded that Mecca, the birthplace of Islam, is off-limits to non-Muslims, the king replied, “No, I’m not talking about Islam. I’m talking about 9/11. Come see where it all started!”

SHEEEEIT HOME ALABAMA
Have you seen the Gadsden Flag? Not the Revolutionary War one. The other one; the official flag of Gadsden, Ala. That flag depicts a beaten and bruised snake begging a black man, “Okay, tread on me, just don’t kill my wife and kids.”

Gadsden’s also one of the most impoverished cities in Alabama.

Gadsden so poor, you have a 1-in-14 chance of being robbed.

Okay, that’s not much of a joke. But it’s true. Gadsden, which hovers between the third and sixth most dangerous city in the state depending on the year, boasts a crime rate 229 percent above the national average and a violent crime rate 188 percent higher.

But fear not! Authorities in Gadsden are cracking down on crime. Which doesn’t mean arresting the thieves, rapists, and murderers. That would spark local unrest. No, Gadsden officials are targeting pregnant white women! Last week it was reported that a 23-year-old white girl named Ashley Banks Morris was arrested in Gadsden for pot possession. And when she told police she’s pregnant, cops refused to release her unless she went to a residential treatment facility where her fetus could be protected from drugs. But the local halfway house claimed she wasn’t a serious enough addict, so they wouldn’t take her.

As a result, Morris was kept in a cell with no bed, forced to sleep on a cold hard floor for three months before a judge finally released her.

That’ll teach that chick to endanger her fetus! Which, it turns out, was seriously endangered by the conditions of her three-month jail stay. Forget the Iron Bowl; Gadsden has the Irony Bowl.

Meanwhile, during the time Morris was behind bars, a dozen people were murdered in the city. None of the suspects in those killings, however, proved as easy to apprehend as the pregnant white woman.

The official state fruit of Alabama is the blackberry.

The official city fruit of Gadsden is low-hanging.