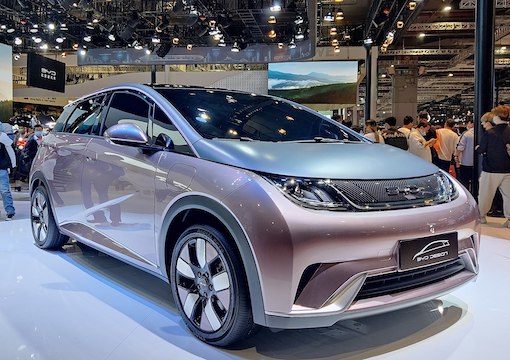 The Week’s Most Rancorous, Cankerous, and Cantankerous Headlines

THE EMPEROR JONESTOWN
If Corn Pop was a bad dude, wait till you meet Soda Pop.

Get ready for carbonated bruthas.

Black social media “influencer” Rashad Jamal considers himself “god,” and like all affirmative-action titles, it’s an unearned appellation. Jamal runs the University of Cosmic Intelligence, an online cult that preaches black superiority. And as online cults go, it’s no University of Phoenix. Jamal teaches that blacks are “carbonated beings,” a condition he ascribes to holiness but which is more likely the result of too many bean pies.

Jamal’s cult has its own scriptures, complete with inspiring tales of signs and wonders, including the miracle of the shake machine (“And LaQueesha did seek a McFlurry, yet the machine was dry. Lo, she said unto it, ‘May no one ever drink from you again.’ And the shake machine did wither and die…because LaQueesha chucked it to the floor in righteous fury. And the cashiers were astonished”), and the parting of the ankle-deep sea (“And DeJaunte did stand before the stream of water, which could not be crossed by those for whom swimming is detestable. Yet in faith did he lift his blunt and stretch his hand across the stream, and behold dry ground appeared before him. For it was not a stream after all, but runoff from lawn sprinklers. And the sprinklers did cease, and DeJaunte was pleased”).

However, like every black nightclub, hip-hop festival, and backyard BBQ, Jamal’s cult has been shuttered due to murders. One of his followers, Damien Washam, was arrested for slicing his mother in half with a sword (Washam? More like Slasham). Two other followers, Krystal Pinkins and Yasmine Hider, were arrested for the ambush murder of a Good Samaritan.

And last week Jamal himself was charged with three counts of child molestation.

Where’s Heaven’s Gate-style castration when you really need it?

Merrick Garland has yet to weigh in on the murderous black-supremacist cult, as he’s too busy pursuing white parents who tell their children there are two genders.

EMMY TILL
Of course, the very notion of a “black cult” is redundant, as the entire community already functions as one.

The Emmy comedy writing category has traditionally provided much-needed levity to distract audiences from the soul-killing realization that they’re watching the Emmys. From Tim Conway messing with Harvey Korman after Korman’s win, to Conway and Korman messing with Chevy Chase, to Milton Berle roasting the SCTV writers (and getting zinged back, to his surprise), to Conan O’Brien crashing Stephen Colbert’s win, it’s the one moment in an otherwise predictably dreadful three hours when viewers might briefly enjoy themselves.

Fortunately, black people are here to stop that foolishness. Now that black women have been decreed sacred, there’ll be no tomfoolery when one of them wins an award.

During last week’s Emmy’s, someone named Quinta Brunson (if you don’t know who she is, you’re in violation of federal law) was up for best comedy writing. A sentient blob of pizza dough named Jimmy Kimmel thought it would be funny to pretend to be passed out on stage as the nominees were read. When the winner turned out to be Brunson (because otherwise BLM would’ve burned down the auditorium), Kimmel committed to the bit and remained motionless behind her.

So now he’s being “dragged” by “black Twitter” for his “white privilege” and “racism” in “robbing a black woman of her moment.”

Not since Papa John said the N-word has pizza dough inspired such hatred from blacks.

Kimmel, a remarkably untalented lump who became a high earner doing sexist comedy and wearing blackface before converting to wokeism, tried to explain that by playing dead, he was merely giving viewers what they hope for whenever they see him.

“BYD EVs are sporty and economical, and the windshield wiper fluid is the tears of Uyghur children forced to watch the execution of their parents.”

Kimmel’s contrition didn’t dissuade the Magical Black Girl lynch mob from calling for his head for sullying Quantas Bunion’s moment with his “joke.”

ARCHAEOLOGICAL BONERS
Did you hear about the Polish vampire? He put solar panels on his coffin. Went to a carnival and got lost in the hall of mirrors. Bought his wife a cross-your-heart bra. Wouldn’t go to Africa because he heard they bless the rain.

Polish archaeologists have uncovered the grave of an “actual” vampire. Granted, these are the same guys who once claimed to have unearthed the corpse of a werewolf, but it was just Robin Williams. However, what they found this time is the body of a 17th-century woman with a protruding tooth who’d been buried with a sickle pinning her down at the neck so she’d be decapitated should she arise (this was also how Polish doctors avoided malpractice suits when they mistakenly declared someone dead).

Needless to say, leftists caterwauled about how the corpse proves Western “misogyny”; just because a woman was “unique,” she was declared a monster.

But hold on; those talking points are transphobic! You can’t assume the vampire’s sex by its bones.

According to “Scientific American” (which earns those scare quotes daily), “dimorphism” is a myth invented by 18th-century Westerners (“dimorphism,” which refers to visually verifiable physical differences between males and females, is present in all primates except gibbons and Korean boy bands).

Before the late 18th century, Western science recognized only one sex—the male—and considered the female body an inferior version of it. The shift historians call the “two-sex model” served mainly to reinforce gender and racial divisions by tying social status to the body.

So obviously, 17th-century Poles couldn’t possibly be misogynists if they didn’t recognize women.

Also obviously, there’s no vampire of fact or fiction as malevolent and destructive as the cancerous frauds at “Scientific American,” and there’s no better use for a sickle than to pin down the corpses of these creatures when they die, just to be on the safe side.

DEEP FRIED AND BATTERIED
Something delicious is cooking in China. Something fried. Is it rice? Pork? Fish?

This year, Chinese conglomerate BYD announced that it had overtaken Tesla as the world’s No. 1 producer of electric vehicles. BYD EVs are sporty and economical, and the windshield wiper fluid is the tears of Uyghur children forced to watch the execution of their parents.

There’s only one problem with BYD’s electric vehicles: They keep charbroiling Chinks. Seven EVs a day catch fire in China, 680 in the first quarter of 2022 alone. Although the Chinese are hardly interested in environmental activism (a 2018 visit to Beijing from Greta Thunberg merely confused Chinese leaders, who’d never encountered a child outside a sweatshop), they do love domination. So in their drive to top the market in cheap EVs, they’ve ignored minor points like drivers being steer-fried behind the wheel.

The epidemic of EV fires has been particularly hard on Chinese firemen. Not only are EV fires notoriously difficult to extinguish, but after dousing a chargrilled Chinaman, an hour later you want another one (that joke earns a Greta Thunberg “How dare you”).

Here’s Joe Biden’s dream of universal EVs, playing out as a nightmare overseas. Mind you, in the U.S. it could be argued that the mass immolation of EV drivers might not be such a bad thing.

The Chinese EV Holocaust (visit a BYD Shoah room today!) has prompted Toyota, which in 2019 embarked on a joint venture with BYD to produce hybrids, to reduce its long-term EV manufacturing goals.

Toyota’s position is that one Hiroshima per century is enough.

When informed of Toyota’s decision to scale back EVs because people were being cooked alive, Greta Thunberg angrily declared, “How medium-rare you.”

MARVEL’S EXTENDED JEWNIVERSE
Speaking of the Shoah…in the 1990s Marvel had a supervillain named Holocaust who appeared in X-Men comics. He was a difficult villain to fight because if you questioned him, you’d go to prison in Europe.

Holocaust appeared in more than 100 Marvel story lines, although some claim that figure’s greatly exaggerated.

Holocaust wasn’t the only Jewish Marvel character over the years; there was also Magneto’s wife, Nagneto, a screeching yenta whose superpower was the ability to cause stress-induced heart attacks from her nonstop bitching.

Last week, Marvel announced that it’s bringing to the screen its most iconic Jewish superhero: Sabra. First seen in a 1981 issue of The Incredible Hulk, Sabra is an Israeli policewoman who has the ability to fire porcupine-like needles from her wrists, which makes her only slightly more abrasive than the average Israeli.

In Sabra’s debut appearance, Hulk brought peace to the Middle East by mindlessly smashing everything in a fit of blind anger while yelling in incomprehensible broken English.

If that’s what it takes to finally bring peace to that region, forget foreign aid; just send Tel Aviv our supply of black McDonald’s patrons.

Meanwhile, Sabra’s Arab adversaries will be portrayed as noble fighters for freedom, because Marvel would never mess with Muslims, who possess a real-life superpower: the ability to turn cartoonists into headless corpses.