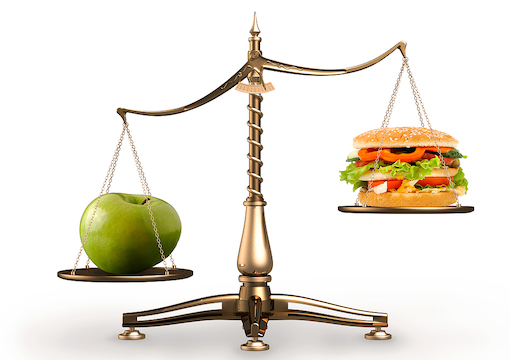 The Week’s Most Griefing, Debriefing, and Autumn-Leafing Headlines

In fact, the only person making a big deal out of Katie Rife’s weight is Katie Rife. While all of Hollywood is cooing over Darren Aronofsky’s critical hit The Whale and the career resurgence it’s given to inoffensive Canuck Brendan Fraser, Rife simply cannot go along with the crowd (though to be fair, she’s a one-person crowd).

The Whale is the tale of a morbidly obese man (played by Fraser in a fat suit) coming to terms with his mortality. But to Rife, the film gives fat people an “ugly image” (no, that’s actually the work of pork rinds and Pepsi).

Rife found the movie “triggering,” claiming it “reinforces the notion that fat people have brought their suffering upon themselves through lack of coping skills. I’m really feeling like shit after that viewing experience,” she tweeted. “There’s a scene where the main character drops a key and can’t pick it up, and PEOPLE WERE LAUGHING” (Rife’s anger is understandable; the film stole her bit).

Regarding the refusal of Fraser’s character to seek medical attention, Rife angrily pointed out “the very obvious reason why a 650lb person would avoid doctors: IT’S CALLED MEDICAL FATPHOBIA YOU ABSOLUTE PRICKS.”

Indeed, a competent doctor would simply tell a 650lb guy to “identify as skinny.”

Katie Rife: a big woman with big ideas. A critic leaving a deep, indelible imprint on the world of film, as she’s done to so many couches.

BROWNIE V. BOARD OF EDUCATION
Speaking of obesity…

Junk food is now trans. If a doughnut covered in gummi bears identifies as a vegetable, it’s a vegetable.

This is the inevitable next step in a world where a man can think himself into being a woman and every black person’s a genius by virtue of skin color.

Black genius “Dr.” Kera Nyemb-Diop runs a website dedicated to spreading the message that (and this is a direct quote) “The only foods that are bad for you are foods that contain allergens, poisons, and contaminants, or foods that are spoiled or otherwise inedible. Eat without guilt regardless of what society says.” Last week, the L.A. Unified School District’s “equity and diversity” Instagram posted one of Nimrod-Dip’s videos in which she declares that a plate of chocolate doughnuts with sprinkles is just as nutritious as a plate of vegetables.

According to Numbnuts-Derp, anyone who claims that one food is healthier than another is a literal racist, a food fascist, a Joseph Gobbles, a Lavrentiy Strawberia, a Pol Potluck. Indeed, Michelle Obama is the worst Nazi ever for her campaign to remove “unhealthy” foods from school lunches.

LAUSD removed the video and refused to answer questions regarding why it was posted in the first place. Maybe because the story, like strawberry swirl ice cream, has a twist: Turns out Nyuck-Nyuck-Dope is a paid employee of Mondolez, which manufactures…candy and snacks (including Cadbury, Toblerone, Sour Patch Kids, Chips Ahoy, and Oreos).

Yes, the second-largest school district in the U.S. allowed a paid corporate propagandist for a snack company to tell students that candy is as good for them as any other food. In theory, that should be a big story. The reason it isn’t is the same reason LAUSD posted the video: Black geniuses can’t be wrong.

“Junk food is now trans. If a doughnut covered in gummi bears identifies as a vegetable, it’s a vegetable.”

TURNING HE-ITES INTO SHIITES
Just as corporations are learning how to leverage black immunity from criticism to achieve undreamed-of victories (like getting a school district to declare junk food nutritious), foreign despots are exploiting the West’s tranny worship to improve their image abroad.

For example, did you know that Iran is the tranniest place on earth? A leading location for sex-change operations? It might seem counterintuitive that Iran, with its draconian measures that keep women covered head-to-toe and segregated as second-class citizens, would become a “medical tourism” hot spot for men who are dunya with their dhikr, for Imans who want to become Imams, for dudes who want their salaami replaced with a kamal toe, but it’s true.

According to the American Iranian Council, “Being transgender is not considered a violation of Iranian theocratic principles. Sex-reassignment surgery is not only legal in Iran, but Tehran is considered to be an international hub for obtaining it. The procedure’s been allowed since Ayatollah Khomeini learned of the hardships of a transwoman and issued a religious decree to legalize it in the mid-1980s.”

Actually, sounds like ol’ Khomeini got “trapped” by a shemale and in his morning-after regret decided to rationalize the whole thing as “halal.”

The Council further explains that because Farsi already uses gender-neutral pronouns, “transgender and other non-binary individuals in Iran experience a unique form of verbal inclusivity.”

And yet, as the mullahs champion trans-friendliness, women are being beaten to death for not wearing hijabs. Protests erupted throughout the country last week after a 22-year-old woman was murdered by Iran’s “morality police” for having an uncovered head.

If there’s confusion about the mullahs’ policies regarding trannies vs. their policies regarding women, there shouldn’t be. Iran’s clerics correctly understand trannyism as just another cudgel against women, another way to demean, humiliate, and erase them. It’s actually 100 percent appropriate that Iran would be pro-tranny.

Also, in a nation where male-on-male sex is punishable by death, allowing men to legally classify as women is a neat little workaround for getting some zoro up the astrian.

ATTENTION DEFICIT SPENDING
In Live and Let Die, Caribbean dictator Dr. Kananga—an Idi Amin/Papa Doc Duvalier amalgam—hatches a plan to bring down the U.S.: give out free heroin nationwide, and once the entire country is hooked, foreign enemies can march in unopposed.

The only hitch in Kananga’s plan is that it’s predicated on the notion that the only thing preventing every American from doing heroin is price.

“I hope I get that raise; I’ve really wanted to get into heroin.”

“I just won the lottery! Heroin, here I come!”

Still, Kananga was on the right track, he just had the wrong drug. There’s currently a national shortage of Adderall, and the nation’s falling apart over it. Turns out Kananga shouldn’t have bothered with free heroin; he should’ve started a tinpot med school churning out doctors who prescribe cradle-to-grave psychotropics.

In a piece about how the Adderall shortage is affecting everyday Americans, Bloomberg interviewed a Chicago car salesman who can’t remember his inventory without Adderall, and a Michigan high school special ed teacher who, lacking Adderall, “spaced out” while trying to calm a student distraught over suicide (it could be argued that a teacher who needs medication to take student suicide seriously might not be cut out for the job).

And Bloomberg only scratched the tragic surface of cases of spaced-out, absent-minded, Adderall-deprived Americans. In Chicago, young blacks now have to bring itemized lists on their shoplifting sprees or they forget what to steal.

In NYC, black men have become so dazed, they’re pushing old Asian ladies onto subway tracks after the trains have left.

In L.A., an Adderall-deprived Mexican stabbed a pile of leaves and blew a rival gang member, and in San Francisco, a homeless guy became so disoriented he used a toilet.

Even doctors are not immune to Adderall withdrawal brain-fog. At Boston Children’s Hospital, a disoriented pediatrician mistakenly let a 13-year-old girl keep her breasts.

Is the Adderall shortage an accident? Or Biden’s master plan for the midterms: scramble the brains of Americans to the point where he appears competent by comparison.

ANCHOR BABY, YOU’RE AN ENRICHED MAN
In the past month alone, American’s have been enriched good and hard by illegals.

Alabama: Illegal Mexican José Paulino Pascual-Reyes carved up his girlfriend for carnitas and held her 12-year-old daughter as a sex slave.

So much enrichment! And by our new class of hyphenated elites (“I say, are you attending the Pascual-Reyes cotillion? Oh, you simply must go. I hear their quesadillas will have three cheeses”).

Over in McCulloch County, Tex., local officials have decided that the violent crimes of brown illegals pale in seriousness compared with an 80-year-old white man saying “wetback.” Immigration judge Edgar Allen Amos faces an ethics probe because last week, in a private conversation, he claimed that the affluent illegals he’s been seeing in court, sporting designer clothes and using the latest high-tech gear, are “not your regular wetbacks.”

So for not calling illegals wetbacks, he now faces removal from the bench and, according to the Daily Beast, a review of “every ruling he’s made in Texas courts,” which could result in all of his deportation orders being reversed.

And while Edgar Allen shall nevermore preside over wetbacks (regular or extra-soggy), over in Bexar County, Sheriff Javier Salazar, a Democrat, has vowed to bring to justice the Florida officials who robbed his state of illegals by sending them to Martha’s Vineyard.

Salazar’s back may not be wet, but there’s water aplenty on his brain.

All of this transpired as the Census Bureau announced that Hispanics are now the largest plurality in Texas, for the first time since Mexico owned the place.

Wet back in the saddle again.