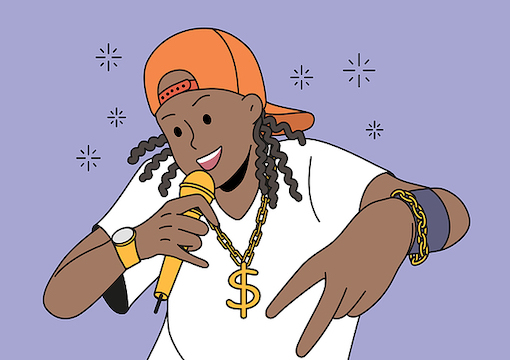 The Week’s Most Ailing, Failing, and Columbus-Sailing Headlines

RAM-COM
Journalist Chloe Angyal of Marie Claire holds “a Ph.D. in media studies with a focus on romantic comedy.”

What are the odds she’s really hoping for student loan forgiveness?

In 2019 she was asked to define what makes a movie a “romantic comedy” (rom-com). She replied, “a comedic movie, with a romance at its core, that ends with the couple together.”

Not one word about penises. And with that omission, “Dr.” Angyal is now officially a homophobe. Because according to the inflamed flamers shaking their limp wrists at the moviegoing public for not patronizing the “gay rom-com” Bros, if you don’t like your rom-coms scored with skin flutes, you’re a literal Nazi.

Bros, which cost $25 million to make, brought in just $4.8 million. Gays usually don’t see an opening that wrecked outside a prison shower.

Gay guys have yet to evolve to where they understand that you can be accepting of gay relationships yet still repulsed by thinking about them. It’s like your grandma losing her virginity; you know it happened, you accept that it happened, but you don’t want to see the old bat reenact it with a Claussen.

Of course, Hollywood being Hollywood, expect a steady stream of oral- and anal-sex-filled rom-coms from now on, until the public is finally beaten into submission. Coming in 2023: When Hairy Met Salty…, Syphilis in Seattle, Nutting Hill, and How to Loosen a Guy in 10 Days.

HE WHO SMÖLT IT
People who live in gashauses shouldn’t throw steins.

Jews don’t let just anyone make Hitler analogies. A Democrat can call any Republican Hitler, but if a Republican calls a Democrat Hitler, that Republican becomes Hitler.

Last week Croatia learned the hard way what happens when you try to label someone Hitler without approval from the copyright holders. When the Croatian magazine Express published photos of Serbian President Vučić, Italian Prime Minister Meloni, and Hungarian Prime Minister Orbán, all adorned with swastikas and Hitler mustaches, the Simon Wiesenthal Center, official granter of Hitler analogy licenses, balked.

“While these three politicians are indeed right-wing conservatives, to brand them as Nazis is simply a disgusting and unfair description, which is in extremely poor taste and an insult to the victims of the Nazis,” the SWC’s Executive Director of Tiresome Kvetching Efraim Zuroff told The Jerusalem Post.

Yet haven’t many news orgs called Meloni and Orbán “Hitler”? Why can’t Croatians do it too? Because, the SWC explains, Croatians are Nazis themselves, having murdered Jews during WWII without ever apologizing, or building hundreds of Holocaust memorials, or sending money to Israel to get that wall patched up so the damn thing finally stops wailing.

Germans are repentant enough to be allowed to call other Hitlers Hitler. But Croatians are Hitlers who never apologized for being Hitlers so they don’t get to say Hitler.

Meanwhile, also last week, Arnold Schwarzenegger, whose massive donations to the SWC served as his repentance for having a father who was a Hitler, pushed his cred a little too far. After visiting the Auschwitz Museum in Poland (he has a season pass), the former girly-man governor signed the guestbook with his Terminator catchphrase “I’ll be back.”

The SWC and other Holocaust orgs initially let it slide (huge checks can greatly defuse outrage), but they were less forgiving when they learned how he signed the Anne Frank House guestbook: “Hasta la vista, baby!”

THE LEAVE BOAT
Never underestimate how far leftists will go to reward criminals for being criminals. In NYC, Mayor Adams is sending every illegal Cruz on a luxury cruise. The mayor’s ordered a ship from Norwegian Line to dock off Staten Island as a permanent home for illegals who caravan to the Big Apple.

“In California prosecutors can no longer use a criminal’s murder confession if it has a good beat and you can dance to it.”

Fans of classic TV will remember The Love Boat, an hourlong series in which celebrity guest stars found love and laughter every week on the high seas. Mayor Adams’ plan would make a perfect reboot for diversity-crazed streaming services.

In one cabin, Afghan refugee Ahmad, played by Kumail Nanjiani, is trying to keep his wife, played by Alia Shawkat, from finding out that he’s booked a secret cabin for his favorite sex goat (played by Lena Dunham). The wife eventually finds out and Ahmad beheads her.

Meanwhile, Mexican coyote Gonzalo (Eugenio Derbez) is concerned that the two immigrants he’s smuggled aboard as minors (Edward James Olmos and Rita Moreno) are jeopardizing the ruse by bitching about their osteoarthritis. Complicating matters, Gonzalo’s fentanyl stash is eaten by Ahmad’s goat, who dies. Ahmad beheads everyone in Gonzalo’s cabin as revenge.

In 2004 Albany, an “emotionally disturbed” teen named Jon Romano stormed his high school blasting away with a 12-gauge shotgun. Fortunately, “emotionally disturbed” doesn’t always mean “crack shot”; he missed his classmates but blew the leg off a teacher for the disabled, who you can bet got real tired real fast of people pointing out the irony.

Romano was released in 2020, a reformed man. Sixteen years of prison therapy produced a model citizen. He became an advocate for prison reform. To Romano, a criminal is just a friend who might shoot your leg off. Romano also began volunteering at a local homeless shelter…where last week he was troubled to hear one of the noble residents, a black gentleman, using coarse racial language (likely while debating the Grothendieck–Katz curvature).

Romano gently suggested to the fine transient that perhaps he could moderate his language.

And the homeless guy screamed, “Fucking white devil” and pulled out two samurai swords, chopping off Romano’s arms and legs.

Amazingly, Romano lived. Doctors were able to reattach the arms, which had been completely cut off, and the legs, which hung by muscle strands. Time will tell if the limbs become usable again.

Bedridden and motionless, now Romano’s the one who has to sit and listen to an unending stream of pithy comments about irony. It ain’t as funny when the shoe’s on the other severed foot.

Meanwhile, the homeless shelter has instituted a “one samurai sword per resident” policy.

GUILTY BEATS HAVE GOT NO RHYTHM
And if you think New York’s bad…in California prosecutors can no longer use a criminal’s murder confession if it has a good beat and you can dance to it.

Apparently, too many black rappers were rapping about their crimes. Experts believe this was based on three main factors: (1) Rappers commit crimes, (2) rappers rap, (3) rappers aren’t intelligent enough to think of anything to rap about except the money they make, the ho’s they bed, and the people they kill. Rapper Bobby Shmurda was convicted of “killing a nigga” based on a rap where he confessed to killing a nigga. Lil’ Boosie was convicted of “killing a nigga who tried to play him” after he confessed in a rap to killing a nigga who tried to play him. The rapper X-Raided shot a random grandma in the heart, then posed with the murder weapon on the cover of his album. Rapper Twain Gotti, accused of choking a guy then shooting him, was convicted after he rapped, “I choked that guy then shot him.”

Under a new law that bans the use of rap lyric confessions in murder trials, none of the above pieces of evidence would’ve been admissible. Black people in Cali can now openly cop to murder, and as long as they make it rhyme, prosecutors have to pretend they didn’t hear it.

The law only applies to rap. White guys singing about shooting men just to watch ’em die still run the risk of being confronted with their words at trial. As do Mexicans and their narcocorridos. And at competency hearings, ownership of Rush greatest-hits albums can still be used as evidence of mental infirmity.

Older California felons are likely to try to get their convictions overturned by claiming that their confessions were actually raps. Sirhan Sirhan, sitting in a San Diego cell, has been looking for a way out for a half century. With all previous arguments rejected (although last year’s “let me out and I’ll kill the anti-vax one” nearly worked), Sirhan might do well to claim that the “confession” found in his notebook, “Let us do it do it it it, let us do it Sirhan,” was just a rap in progress.

And frankly, considering the average rap lyric, it’s not that bad.