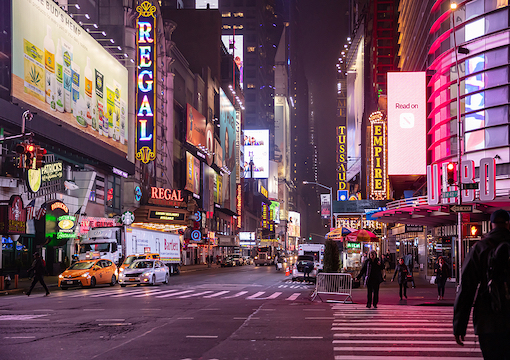 Last month, an anonymous Facebook poster claimed that he and his accomplices were planning to commit a white-supremacist mass shooting at an Alabama county fair: “We are coming to the Opelika Alabama fair to kill every NEGRO that we lay eye contact on so be prepared. WHITE POWER.”

The post was adorned with Confederate flags and swastikas.

NewsOne jumped on the story, assigning ace reporter Zack Linly. Linly is as good as they come. A real Perry Antiwhite, a Lois Stay in Your Lane, a Clark Kente, a J. Jomamah Jameson. There ain’t a journalist alive with better instincts. He looked at the Facebook post and knew it couldn’t possibly be a hoax. Indeed, in his analysis, it was proof of genocide against blacks: “It’s funny how Black people can be so frustrated and have so much resentment for white America but we’re never out here threatening to kill white people randomly and en masse.”

“One can only wonder how it is that people who represent roughly 13% of the population cause these violent thugs so much stress they feel the need to exterminate us on sight,” Linly added.

Unfortunately, turns out the “shooter” was one of that 13 percent. Last week police arrested 18-year-old Louisiana black kid Pharrell Smith for posting the threat. He’ll be facing terrorism charges.

And Linly, whose Spidey-sense was so on the nose? He won a Pulitzer Prize.

DEAF TRAGEDY JAM
Broadway grande dame Patti LuPone is known for her red-hot Sicilian temper; she feuds with costars and directors, she trashes dressing rooms. When she played the mom on the 1990s TV show Life Goes On, the infamous series finale in which half the characters died of AIDS wasn’t even scripted; the actors literally contracted AIDS just to get out of working with her (yes, even the Down syndrome kid).

LuPone is especially well-known for stopping Broadway shows cold to yell at audience members. A dozen times over the past decade she’s halted a show to grab a patron’s phone, or lecture them for talking, texting, or, infamously last May, for not wearing a mask.

So fearsome is LuPone’s reputation that in 2018, when Broadway okayed a phone app that lets deaf audience members read real-time closed-captioned onstage dialogue, AARP celebrated the invention as the one device Patti LuPone can’t seize.

Sadly, grande dumb Lillias White didn’t get the memo. A hefty black actress permanently embittered over being called “lily-ass white” every day of her life, last week White was in the middle of a performance of the musical Hadestown (a sassy black take on Greek gods, with characters like Afrodite and Nappy Hera) when she spied an audience member using the captioning app. Recalling how LuPone is celebrated for her tantrums, White followed suit, stopping the show to yell at the deaf woman.

If you think this is crazy, consider that people pay $500 per ticket to be abused by these pompous morons, when they could be yelled at for free by the homeless at any subway station.

BEYOND MEATHEADS
The Dutch have declared war on meat! And why not? Now that pot’s legalized everywhere, cities like Amsterdam need to come up with a new gimmick to attract young idiots from around the world. And what’s more popular among young idiots than veganism?

“Now that pot’s legalized everywhere, cities like Amsterdam need to come up with a new gimmick to attract young idiots from around the world.”

Mindful of that, the Dutch have decided to exterminate meat consumption, in part to end “global warming,” and in part because Netherlanders have empathy for farm animals, whose barnyard noises mirror their own language (“Duur groot muur heeft oop aak ook”…that’s a real Dutch sentence).

The city of Haarlem (motto: “Relax—not the one with black people”) has banned all advertising for meat products, and the Amsterdam suburb of Wageningen is attempting to ban meat itself. Dubbed “Vegan Valley,” Wageningen is host to dozens of companies dedicated to developing faux meats made from insects, algae, fungi, mycobacteria, and other substances that still have more taste than a Domino’s pizza.

With meat being outlawed throughout the Netherlands, doughty resisters are building secret annexes to hide their Anne Frankfurters; if caught, those in possession of beef will be sent to Impossible Burgen-Belsen.

Oddly enough, as government ideologues act like veganism is the way of the future, in the real world, Beyond Meat was forced to cut 19 percent of its global workforce due to plummeting sales.

The good news for stockholders is that the company is offering recipes to turn worthless stock certificates into paper-based Salisbury steak.

Also last week, Beyond Meat was forced to fire its COO Doug Ramsey after he bit off a man’s nose in a road-rage incident, thus proving that any person deprived of meat will resort to extremes.

Still, the Ramsey incident led to a Vegan Valley company developing the “Impossible Dahmer”: gluten-free soy-based life-size gay prostitutes, for the cannibal with an environmental conscience.

GOOSE STEPPIN’ FETCHIT
Last week, to mark the conclusion of the High Holy Days, the ghost of Hitler materialized to tell the Jews to Sukkot long, Sukkot hard.

First, a former TMZ staffer claimed that in an unaired 2018 interview, Kanye West professed his admiration for Hitler. While this may not seem out of character considering Kanye’s recent “tomorrow the world” tour in which he’s brought his unique brand of Otto-tuned anti-Jewishness to podcasts and talk shows, in fact rumor has it that Kanye once had a major beef with Hitler for trying to annex Kim Kardashian’s ass for lebensraum.

Next, the usual suspects condemned Donald Trump as “Hitler” for social media posts in which he ordered “U.S. Jews” to “get their act together,” which leftists interpreted as a threat but which was more likely a confused demand for the return of the Ritz Brothers.

Not to be outdone, conservative org Accuracy in Media (AIM) drove a digitally animated sieg-heiling Hitler truck through Berkeley, Calif., to show support for Israel. When enraged (and confused) Jews began pelting the truck with rocks, the AIM staffers realized that maybe it’s finally time to stop taking advice from Frank Luntz. At least the Hitler truckers made it out alive; the AIM activists driving the Klanmobile through Oakland weren’t so lucky.

Lastly, England’s Channel 4 drew criticism for purchasing one of Hitler’s paintings (his 1912 masterwork Jude Descending a Staircase) for a live TV program in which the audience will vote on whether to destroy it. Rabbi Marvin Hier of the Simon Wiesenthal Center condemned Channel 4 for “trivializing the Holocaust.” He then retreated to the Museum of Tolerance gift shop to restock the “Boo-chenwald” Halloween costumes and Zyklondike ice cream bars.

That was a lot of Hitler for one week. Next week: the annual NAACP Emmett Till-a-thon.

FLOYD THE BARBITURATE
Speaking of Kanye…

In 1785, Ben Franklin wrote, “It is better 100 guilty Persons should escape than that one innocent Person should suffer.”

Lesser-known but far more prescient is the sentence that followed: “Unless black people are burning down the nation, in which case, put any innocent guy behind bars if it’ll save the Walgreens.”

Last week Kanye took a break from blaming the Jews for killing the Humpty Dance guy to announce on a podcast that George Floyd died from a fentanyl overdose. This outrageous, appalling claim is backed by nothing except hard scientific evidence, meaning it must be false.

While the podcast hosts quickly pulled the episode out of a sense of duty (the duty to not be immolated by a mob of ghetto thugs), Floyd’s family members, grieving all the way to the Swiss bank, announced that they’re filing a $250 million lawsuit against West for defaming the memory of the Fentle Giant.

According to the Floyd estate’s attorneys, along with defamation, the family is suing for “harassment, misappropriation, and infliction of emotional distress,” the latter resulting from a fear that West’s comments might prompt people to actually read the coroner’s report.

In a heartwarming act of solidarity, BLM offered to cheer the family up by burning down an old white lady’s house, but even that was no balm for the pain caused by an accurate reading of a medical document.

According to all parties in the suit, an out-of-court compromise might be possible: Both sides would sack Beverly Hills again, allowing West to get some payback against the Jews, and giving the aggrieved family members the opportunity to grab as many Nikes as they can carry.

Can’t we all just loot along?