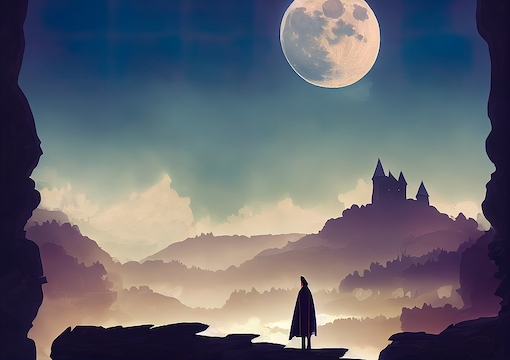 The Week’s Most Randying, Bandying, and Halloween Candying Headlines

HAPPY HITLERWEEN!
With Halloween parties and trick-or-treating back in full-swing post-pandemic, the woke scribes who make a living telling white folks how to dress for the season are back too, to tell you what costumes to avoid.

Sesali Bowen is Refinery29’s in-house Halloween decolonizer. Proprietor of BadFatBlackGirl.com, Bowen is a one-woman supply-chain crisis, leaving supermarket shelves barren of candy every October (and the rest of the year).

She’s so black and massive, her Halloween costume is “the universe before the Big Bang.”

This week, she released her No. 1 Halloween no-no for whitey, No alteration of skin color or hairstyle: “If you can’t pull off the costume with the skin and hair that you currently have, pick something else.”

No widow’s peak? Lay off that Dracula outfit!

Bowen commands whites to examine their “relationship to the culture that’s being referenced in your costume,” and “stay in your lane.”

Almost sounds like permission to embrace white nationalism for Halloween.

Forget “almost.” Another rotund black woman in a year-round Grimace costume, Sassy Latte over at CafeMom, straight-out commands whites to only dress up as “your own Eurocentric history.”

Absolute genius! “Eurocentrism” as the key to anti-racism. So, white people, get those King Leopold costumes ready, and really play the part: Seize everyone else’s candy and make it yours. Grab your Master Race-inets, add another “K” to your Kit Kat, and slap a yellow star on those Jewnior Mints.

CHANCE THE GARBLER
John Fetterman’s debate performance last week left no doubt that the bizarre-looking Democrat isn’t right in the cue ball. Halting and monosyllabic, Fetterman did little to instill confidence (his aides blamed the poor showing on his electronic captioning device, which, they claim, accidentally played a nonstop loop of the Jetsons song “Eep Opp Ork Ah-Ah”).

Rushing in to save “Goomba from the Mario Brothers movie,” MSNBC host Lawrence O’Donnell delivered a lengthy monologue about how having a stroke is actually good, because Churchill had one and he defeated Hitler, and Roosevelt had a brain hemorrhage and he ended the Depression (in fact, Churchill did have a stroke at the end of his wildly unpopular final term as prime minister, and it killed his political career).

Who can forget brain-injured FDR’s inspiring words from Dec. 7, 1941: “Today is a day that will glivst im blinklammby.”

Hopefully, Democrat politicos will show commitment to the bit and invite constituents to beat them over the head with heavy objects so they can all join the stroke club. A Fetterman win would almost be worth it if it leads to Americans being able to go Three Stooges on the Squad.

O’Donnell lamented that unlike in olden times, when politicians could hide their strokes, paralysis, hemorrhages, and spastic colons, today it’s almost impossible to keep such infirmities from public view. If only voters would just shut up and not look!

Funny enough, Populace, a D.C. think tank, released a study last week confirming that voters have been so bullied by the press and Big Tech, they no longer feel comfortable expressing their political views in public. So even though voters can no longer be shielded from the sight of gibbering mouth-breathers like Fetterman, Biden, and Harris, they can at least be bullied into silence about it.

REAPING UP WITH THE JONESES
It was a very odd false flag. According to Alex Jones and his “expert,” “Dr.” James Fetzer, the Sandy Hook massacre was a hoax perpetrated by the Obama administration as a pretext for ending the Second Amendment. But in fact, not only was the Second not ended, thanks to the current SCOTUS, it was strengthened.

Jones and Fetzer, on the other hand, are quite ended, hit with massive judgments from civil suits brought by the parents of Sandy Hook victims.

Oh, the irony! Two men done in by the very hoax they tried to expose; a hoax that would’ve actually done no harm had they not spoken of it. Americans still got their guns, whereas Jones and Fetzer don’t got their money.

For Fetzer’s part, the little setback of the civil judgment won’t stop him from exposing conspiracies that don’t accomplish the things they’re supposed to. His current “best-seller” offered by Moon Rock Books (established to expose the moon landings as fake) alleges that the Parkland shooting was a hoax perpetrated to stop Florida from voting GOP in 2018.

Okay, is it really worth it to continually risk lawsuits by exposing hoaxes that never do the things they’re supposed to do? These are the most incompetent false flags ever! They actually accomplish the opposite of what the perpetrators desire: The Second Amendment’s expanded and Florida’s gone red.

So if nobody’s actually killed in these fake shootings, why bother bringing them up? Let the crisis actors have their summer (bump) stock; just stop paying attention, right?

Unless people like Jones and Fetzer aren’t really interested in exposing “the truth” as much as they just want to sell books. And if the recent billion-dollar judgment against Jones, and the possible $2.5 trillion punitive judgment sought by the families, has taught these super-truthers anything, it’s that the term “public figure” exists for a reason.

Buzz Aldrin? Harrison Schmitt? Say what you want about those guys; they have to take it. But leave parents of murdered kids alone.

Keep shooting for the moon, Jones and Fetzer. Unlike those lying crisis-astronauts, one day you might reach it.

WAIVE YOUR BANNERS
Orwell wrote, “If you want a picture of the future, imagine Rebecca Klar’s boot stamping on the ashes of your grandma—forever.”

That might not be the real quote, but who needs standards of accuracy? Certainly not Rebecca Klar, tech reporter at The Hill. Ms. Klar is the Gen Z future of journalism…as frightening a notion as anything in Orwell’s oeuvre.

Klar once bragged on Twitter about having gone to Auschwitz to “stand on the ashes of our ancestors” (oh, that Gen Z and its TikTok fads). A vegan with a lifelong Justin Bieber obsession and deep thoughts about Taylor Swift (“everytime taylor performs at one of these thigns eveyroen says she cnt sing. like fuck you! hwo cares wat u thin!”), Klar graduated from Binghamton University in 2017 with a BA in “rhetoric” (a degree that comes in two-ply for maximum comfort when wiping).

Last week, Klar took the vegan gluten-free fair-trade free-range doobie from her mouth and banged out a masterpiece about the dangers of the new trend in which “billionaires are buying, creating and investing in social media apps.”

Please! As one of Klar’s “experts” points out, those billionaires are “trustworthy.” The ones to worry about are (in Klar’s words) the “right-wingers.” Musk, Thiel. They’re, like, totally not trustworthy! Why, they might’ve actually allowed discussion of the Hunter Biden laptop story. So fcuk thenmn; hwo cares wat thye thinc!

Meanwhile, as Musk takes the reins at Twitter, the platform’s career censors, the shadowbanners who sit around all day waiting to suspend anyone who believes in biological sex, have penned an open letter “demanding” that Musk not fire them, because if Twitter users get to openly express their views, it’ll be bad for “the public conversation.”

“If you allow people to converse it’ll end conversing as we know it! The best conversations are the ones where nobody converses.”

The odds of Musk being moved by that open letter are about as good as the odds of trannies remaining on Twitter once people are free to point out that they’re just ugly dudes in lipstick.

Still, if the open letter doesn’t impress Musk, perhaps Rebecca Klar can get through to him with the wit and clarity that’s her trademark: “Fkuc yu, Elwon, eveyoen htaes you, d’ton fier th bnaners.”

BEER HALL PUTZ
Call it “Night of the Long Teeth.” A 75-year-old grandma was arrested in Saxony last week for trying to single-handedly overthrow the German government and reinstall the Kaiser. The old kroner’s plot was simple: blow up a power station, cause a blackout, and, in the ensuing chaos, topple the government.

According to German authorities, the stoopin’führer, identified in the German press as “Elisabeth R.,” was arrested under the Night and Fogy Decree. Investigators say they found Axis memorabilia in her home. She told police her goal in life was to plan a coup even more retarded than Mishima’s.

Geezer Braun is being held in the notorious Fossilburg concentration camp (it was either that or Biddy-Belsen). In keeping with its policy of banning all speech and symbols associated with nationalists, the German government has ordered all copies of Titanic to have the old lady edited out, and 10 years in prison will be the fate of any German who says, “Where’s the beef?”

Yet that wasn’t the dumbest “old Nazi” story last week. That award goes to disgraced actor Kevin Spacey, who took the stand at his sexual-assault civil trial and blamed his love of molesting boys on the fact that his father was a Nazi.

Apparently, Spacey’s dad encouraged him to form his own Dirlewanger Brigade in order to properly administer his jugendmannschaft to a kindertransport.

Spacey’s “I fondle boys because my dad was Hitler” defense (a.k.a. “Soup Nazi to nuts”) totally worked; he was acquitted. Word is, he’s on his way to South America to stage a real-life reboot of Boys From Brazil.