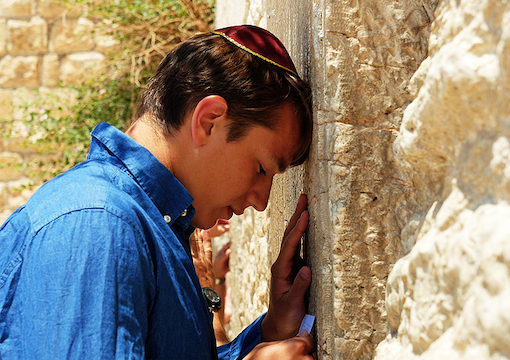 The Week’s Most Glowering, Empowering, and Gain-an-Houring Headlines

Well, in everything but title choices. Because while you’ve certainly heard of 1984 and Animal Farm, it’s less likely you’ve ever come across his 1939 essay “Not Counting Niggers.”

Gee, wonder why nobody’s made that one into a movie (well, give Tarantino time…).

“Not Counting Niggers” is Orwell’s screed against the hypocrisy of British anti-fascists, who in 1939 were screaming “democracy” and “freedom” while ignoring the millions of darkies oppressed by the Empire.

It’s a fine essay, if you get past the title or at least replace the hard-r with an a (although “Not Counting Niggas” is already taken; it’s a rap group comprised of math-illiterate students from Detroit public schools).

Orwell, a consummate journalist, would surely find humor in the fact that today’s journalists are literally “counting niggers.” In the wake of Elon Musk’s takeover of Twitter, major news organs like Forbes, The Washington Post, and NPR have assigned reporters to count every tweeted “n-word” since Musk took charge.

“Use of the n-word on the app spiked nearly 500 percent over the 12 hours after Musk’s deal was finalized,” cried the WaPo. The Michael Richardsing of Twitter has gotten so bad, the Biden administration is exploring options for queering—sorry, LGBTQing—the deal. The Treasury Department is looking into whether Musk’s ties to foreign governments could be used to reverse the purchase.

Last week Musk declared that he’s standing by the site’s leftist “head of integrity,” Yoel Roth, who likens Republicans to Nazis. Roth insists that “hateful” accounts will continue to be banned.

Just not ones that use the “n-word.”

Never forget that Musk is a troll by nature, and the best troll on rightists would be to allow moronic “n-word” tweets while keeping highbrow intellectual race-realists like Jared Taylor banned. Today’s rightists put a lot of faith in billionaire genies, often forgetting that those “three wishes” tales always have ironic twist endings.

KOSTÜMKAMPF
Adolf Hitler walks into a bar. An old Jew approaches him.

“Hey, Mista Goosestep, how’s about you buy me a drink?”

Shocked, Hitler replies, “Buy you a drink? You? A swinish Jew? That’ll be the day.”

Turning to the other bar patrons, the Jew announces, “Look who’s too cheap to buy somebody a drink! The führer’s a cheapskate!”

“Cheap?” replies Hitler. “I’ll show you cheap. I’ll buy everybody in this bar but you the finest whiskey. Hell, I won’t just buy them a glass; I’ll buy each one a bottle. And I’ll force you to watch as they drink.”

Hitler tells the bartender to give bottles of the most expensive whiskey to the patrons. The tab is astronomical, but Hitler happily pays.

The Jew replies, “I’m the owner, you schmuck.”

That Jew was Solomon Feinblatz. His last words before being shot were, “It was woith it.”

It was a Hitlery Halloween this year, as the long-dead dictator made several high-profile appearances at shindigs around the country. And yes, Hitler did walk into a bar—a Manhattan wiseacre in a Hitler costume went (Wilhelm) Frick-or-treating at a posh SoHo pub. Facing hostile patrons and staff, the anschlush was quickly evacuated to the East (Village).

Meanwhile, in Wisconsin, a worker from the Madison Children’s Museum thought it would be a hoot to go Treblinka-treating on the U Wisconsin campus. Turns out the man is mentally handicapped, and he thought his costume was making fun of the führer, not celebrating him.

The unfortunate Rein Man, who’d eked out a bare existence over the past ten years by working at the museum as part of its hire-the-handicapped program, was quickly fired thanks to demands from local Jewish groups. Because starving the disabled is a great way to prove you’re anti-Nazi.

A ROSENFELD BY ANY OTHER NAME
As Madison Jews were winning the war against Simple Jackboot, over in London, theater fairies were showing how to really combat anti-Semitism: by excluding Jews!

The Icarus Theatre Collective is staging a version of Romeo and Juliet set in Nazi Germany. In this “brilliant” reimagining, Romeo is a Hitler Youth and Juliet is a persecuted Jew.

In Shakespeare’s original, the Montagues and Capulets were equally at fault for their misfortune. So right there you have a small problem with the Icarus production: The Third Reich and Germany’s Jews weren’t exactly equals in the fight.

But amazingly, that isn’t the production’s biggest problem. This is: The casting call for the actors stated “no Jews allowed.”

Sorry, Jews, you’re not victim enough for a play about Jewish victimization. The producers were only looking for “non-binary artists, and/or those of global majority, black or Asian heritage.”

A “global majority” African is far more Jewish than Jerry Seinfeld could ever be: “What’s the deal with Ebola? Vomiting and diarrhea? I mean, come on. Pick an orifice and stick with it.” And who better to play a Jew than a nonbinary trans-femme Chinawoman? Besides, you can’t tell an Asian to stay in their lane. Haven’t you ever seen them drive?

After receiving complaints from British Jewish organizations, Icarus backpedaled, claiming the original casting notice was a “mistake.” A new casting call went out seeking a Juliet “preferably from a Jewish background.”

Or at least with a Jewish name. Will Whoopi Goldberg do? America would be happy to see her go.

“THERE ZE IS, ZIRS AMERICA”
Beauty pageants have come a long way. Back in 1980, a young born-again Christian named Cheryl Prewitt was crowned Miss America. Prewitt had a truly inspiring tale: As a child, she’d suffered sexual assault and a near-fatal car accident (never hire Ted Kennedy as a sitter). As a result of the accident, her mangled left leg ended up being two inches shorter than her right.

When she was a teen, Prewitt attended a tent revival in Jackson, Mississippi, where the preacher laid hands on her and prayed to Jesus to grow her leg. “I sat and watched my leg grow out instantaneously two inches,” Prewitt told the AP (the preacher went on to become in-house chaplain of the West Hollywood YMCA).

Reporters mercilessly mocked Prewitt’s story. Imagine, thinking you can grow a leg just by the power of prayer.

And how times have changed. Last week, the Miss Universe pageant was bought by a tranny Thai-coon named Chakrapong Chakrajutathib (his mom named him by shaking a Boggle tray). Chakakhan Chalkaratatatat was born a man but claims he transformed into a woman by the power of thought. And now he goes by “Anne,” and nobody in the media questions it, because whereas the notion of Jesus growing a leg by two inches is ridiculous, the idea that a male can wish himself female is science!

The same press orgs that viciously attacked Prewitt—deeming her a “danger to the nation” by spreading “fundamentalism”—are now applauding Chickenpong Chickpeajub for “her” bravery, as they celebrate her “fundamentalism.”

To be fair, as a Thai, Chittybangbang wasn’t dimorphic to begin with. Still, questions remain about the extent to which the pageant will change now that it’s run by a shemale. With standards of female beauty abandoned and female identity denied, 2023 might be the year Brian Stelter makes his big comeback…in a tiara.

SOUTHERN HEMISFEAR
There’s never a reason for people in the U.S. to follow South American politics. Regardless of which party wins, which ideology, which strongman, which junta, the result is always the same: caravans crashing our border.

In Brazil last week someone named Lula beat someone named Bolsonaro, and supporters of the latter are rioting in the streets out of sheer embarrassment that their guy got beaten by a dude named “Lula.” Bolsonaro has refused to concede, and in the resulting melees, supporters of both candidates are kicking each other in the balls-and-nardos, like any of it matters.

The only people concerned about Brazil are the foreign pedos who made the effort to learn Portuguese to better facilitate their hookups.

Meanwhile, in Venezuela, you’d think the president there is Joe Biden. Inflation’s soared 359 percent over the past month, leaving many essentials, like food and María Conchita Alonso albums, out of reach of the average Venezuelan.

And of course, millions of Venezuelans are making plans to venture north, thanks to the Democrats and their wide-open border and Republicans who’ve embraced the bizarre notion that a flood of Hispanic immigrants can save their party.

So who cares about Brazilian elections or Venezuelan inflation? One way or another, these people are gonna be your new neighbors. One-fifth of all Venezuelans have already fled their country. Last week a bunch of these “dreamers” attempted to swarm U.S. border guards in El Paso; carrying a giant Venezuelan flag (because they’re “natural Republicans”), the blight brigade charged the guards, who responded with “pepper balls”—tiny projectiles filled with spicy powder.

Yeah, exactly the way to repel people who wean their babies on tiger peppers.

Might as well hand out plantains, too; these new cheap laborers will work better on a full stomach.