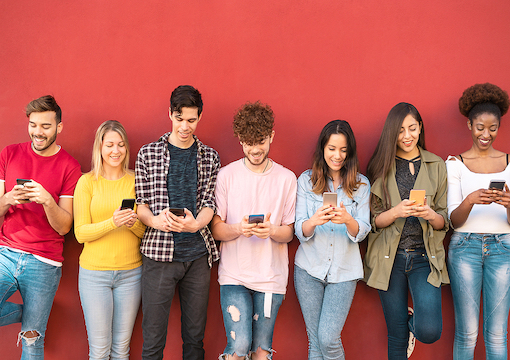 The Week’s Most Perming, Squirming, and Midterming Headlines

GUNFIGHT AT THE O.G. CORRAL
In The Little Mermaid, Hans Christian Andersen described Ariel as “white,” with “pale skin” and “blue eyes.” The character was specifically Caucasian; after all, she could swim.

Plus, that time she was given cold fries at the Mariana Trench McDonald’s, she didn’t shoot the singing lobster who served her.

When Disney announced that the new live-action Ariel would be black, leftists rejoiced at the trashing of Andersen’s vision. After all, he was probably a racist who injected Tuskegee Airmen with syphilis and killed Emmett Till with Bubba Wallace’s noose (MSNBC can confirm both of those stories).

And anyway, made-up is made-up. It ain’t like mermaids are real.

But Butch Cassidy was. The Old West outlaw was as real and as white as they come, but that hasn’t stopped Amazon from greenlighting a new streaming series starring black actor Regé-Jean Page as Butch.

Leftists have been silent on the blacking-up of this decidedly nonfictional character (a move that’s a direct violation of Amazon Studios’ “stay-in-your-lane” diversity codes).

In fact, Black Butch isn’t the only race-traded Western currently being prepped by the streamers. Netflix is working on an all-black iteration of Gunfight at the O.K. Corral, in which the combatants fire over 300 shots at each other without anyone’s opponent being hit (but ten children playing on nearby front porches are struck dead).

Hulu is finishing a black version of High Noon, where neither the marshal nor the outlaws show up for the showdown because they overslept, and the LGBT-friendly Transman Who Shot Liberty Valance, with a reimagined gunfight climax:

KILLIGAN’S ISLAND
White leftists have a habit of idealizing Third World savagery. Take the Trobriand Islands. This tropical paradise, a brief boat trip from Papua (if only New Guineans could build boats), is known by leftists as the “island of love.” Trobriand is ruled by women. For men, their sole job is the sexual satisfaction of the female. Sex is noncommittal, as the Trobriands have yet to comprehend the sex/birth connection. The islanders believe that babies come from magic rituals (behold the result of 100 percent nonwhite female domination of STEM); sex is just for fun.

But before you start planning that trip, be aware that the “fun” only extends to the females. Here’s a description of a typical night out for the ladies:

This ritual is also known as date night for AOC and her boyfriend.

For decades, Trobriand has been lauded by feminists as a paradise where “women rule the roost.” And torture the cock.

An island where women routinely sexually humiliate men. What could possibly go wrong?

No one knows what sparked it—maybe Chris Brown was visiting on vacation, maybe an Ike Turner album washed ashore, or maybe one dude finally had enough of that sonofabitchin’ penis string—but last week there was a massacre on Trobriand. Scores dead. Turns out you can torture some of the genitals all of the time, and all of the genitals some of the time, but eventually, even the most primitive caveman is going to tire of aching balls.

Word has it that the island’s surviving women have hired Amber Heard’s attorney to represent them. And Hollywood’s halted production on a big-budget biopic of the island’s leaders, which was to star Stacey Abrams (who needs the work) as the queen and Kevin Hart as a sore gonad.

DRAG RACIST
In this week’s “things to frighten small children” news, Canada’s Drag Race, the Canuck offshoot of RuPaul’s Drag Race, will feature its first-ever world leader. Last season the show hosted New Zealand’s Jacinda Ardern, but that was only because the producers mistakenly believed that the skeletal horse-faced tyrant was actually a man in drag.

“Life for a Zoomer is hard! Female TikTokers have to learn how to wink, stick their tongue out, and give the middle finger all at once.”

This year, the show’s doing it right: Canada’s pouty, tantrum-throwing man-child Justin Trudeau will be a guest. And why not? Trudeau might as well be a drag queen himself. He loves dressing up in garish, ridiculous costumes to “fit in” while touring Third World nations (although he often gets the local customs wrong, like that time in Uttar Pradesh when he became so crisscrossed about cultural norms, he burned his poop and dumped his bride on the sidewalk).

Trudeau also loves spastic dancing. Video of Trudeau gracelessly cutting a rug like a rabid weasel was recently used by opponents of Montana’s “save brain-damaged babies” ballot initiative as an example of what happens when the severely retarded are not put out of their misery early on.

But most of all, Trudeau loves donning heavy makeup. Blackface, specifically. And what better way to honor a TV franchise started by a black shemale than to host a prime minister who loves covering his face with shoe polish and singing “Mammy”?

When dudes who wear blackface are repeatedly rewarded—some becoming prime minister, others getting their own late-night show—it becomes harder to tell teens to can the minstrel act. Police in Cedar City, Utah, recently wrapped their investigation into three white high school students who dressed as black convicts for Halloween. The three unwise men were stopped by police as they visited a local Walmart (apparently, the black makeup was so convincing it set off the store’s shoplifting alarms).

Following community outcry from the town’s black residents (sorry, “resident”), police searched for grounds to charge the Jolson Tabernacle Choir. But last week the cops had to grudgingly admit that blackface isn’t against the law.

In fact, not only aren’t the teens going to jail, they just received an invitation to host the Oscars alongside Jimmy Kimmel.

FROM COVID ZERO TO COVID HERO
If the “mandatory masking” nutcases in politics and the media are in agreement on one thing, it’s that China does Covid-fighting right. Because who better to know how to fight a virus than the disease-spawning automatons who created it?

“Zero Covid!” That’s China’s policy. Mandatory masks, and lockdowns that consist of people being welded into their homes by local gestapo.

Except, for some odd reason, China keeps suffering outbreaks. Even with measures that would make Mao himself go, “Dude, ease up,” the Chins can’t seem to rid themselves of the disease they caused. They’re as good at getting rid of Covid as Tom is at getting rid of Jerry. Sometimes firing a bazooka at a mouse is overkill…kind of like sealing thousands of humans into tombs to prevent them from spreading a survivable disease.

Last week in Mongolia, a 55-year-old mother named Wang jumped to her death from the window of her apartment, unable to take the stress of having been forcibly locked inside for over a month. The Mongolian’s beef stemmed from the fact that she had severe anxiety disorder, and the suffocating claustrophobia was driving her mad.

As Wang went flaccid on a Mongolian sidewalk, in the U.S. a new study in The New England Journal of Medicine argued that “universal masking” in schools should never be ended, because it’s “useful for mitigating effects of structural racism in schools.” Because how can white kids be racist to their black schoolmates if nobody can see anybody’s face?

The authors of the study claim that universal masking of children can end “settler colonialism” and “racial capitalism.”

Maybe the Chinese don’t have it entirely wrong. Some people do deserve to be welded into tombs as part of a nation’s Covid response. Doing so to the authors of that study would, without question, make the world a happier and healthier place.

GENERATION ZONKED
The online scientific journal StudyFinds wanted to conduct an exhaustive investigation into the fragile mindset of Zoomers. It’s said that members of Generation Z, who’ve endured so much in their short lives—Covid, lockdowns, recession, riots, and Amy Schumer—have gone screwy in the head. They’re racked with anxiety. They’re emotionally fragile. They’re so tightly wound that even the smallest shock can break their minds.

So who did StudyFinds send to conduct a survey of mentally unstable Gen-Z’ers?

Because if there’s one phone call a pathologically frightened, panicked, rattled, drugged-out, nonfunctional, fragile-brained child will accept, it’s from a stranger named Fearnow.

And what Fearnow found is that 42 percent of Zoomers are “dealing with a mental health condition.” These conditions include “anxiety, depression, attention-deficit/hyperactivity disorder, and post-traumatic stress disorder from the pandemic.”

57 percent of Gen Z is medicated. And that’s just on prescription stuff. Fearnow didn’t ask about pot, but that would probably register at 100 percent.

A majority of Zoomers interviewed for the study expressed a reluctance to enter the workforce; respondents blamed previous generations for not “setting them up for success.” Those same respondents then texted DoorDash to get a fresh delivery of weed with the money they made from playing videogames on Twitch.

Life for a Zoomer is hard! Female TikTokers have to learn how to wink, stick their tongue out, and give the middle finger all at once. Let’s see if the WWII generation could do that.

StudyFinds attempted a follow-up survey in which the most mentally unstable respondents would be asked more specific questions regarding their mindset, but the reporters assigned to that story, Samuel Murdermann and Philip Nightmaredemon, couldn’t get anyone to call them back.