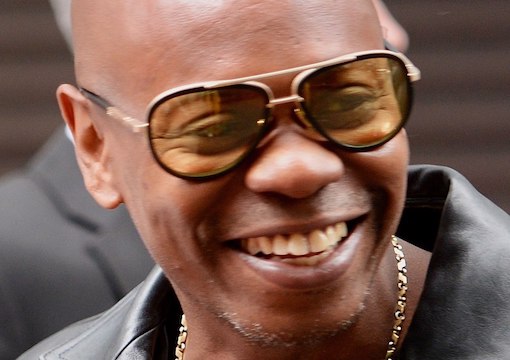 The Week’s Most Romping, Stomping, and Turkey-Chomping Headlines

UNKINDERTRANSPORT
Not since the Holocaust or the Seinfeld finale have Jews had such a bad week.

That was too much for the ADL’s Comedy Commissar Jonathan Greenblatt, who lashed out at Chappelle for “popularizing antisemitism.”

SNL vowed to continue the season, even after Chappelle’s comedy Chelmno.

As Lorne Michaels told Variety, “the Shoah must go on.”

According to the Simon Wiesenthal Center, Nazi thugs blockaded a Jewish school bus in broad daylight, forcing their way in and terrorizing the children before declaring “this is MAGA country” and flying out the window.

The SWC was already breaking ground on a museum to commemorate the atrocity when police viewed the bus security camera. Turns out the kids had been taunting a fat pedestrian for looking like a “mafia guy.” So fatso bombatso stepped into the bus to yell “ayyy, watcha whattya say” at the kids, who continued laughing at him. No Nazis, no slurs, no sieg heil, just an angry fat Italian who should’ve been riding the gabagoolbus.

As their Kristallnacht turned into Kristallnicht, the SWC could only sit back and watch another potential revenue stream go up in smoke like Jay Leno’s eyebrows.

CHURLED CUP
There’s a terrible movie director (as in, a terrible director of terrible movies) named Dave DeCoteau. His shtick is that he pronounces his name in a way that nobody would guess from the spelling. Most people instinctively say “de-koh-toe,” which is the proper French. But he pronounces it “dakota,” just so he can correct and humiliate people, to establish dominance in a meeting.

DeCoteau’s a jerk. So’s Qatar, a nation that literally dares you to mispronounce its name as kah-tar just to smarmily correct you. They claim it’s pronounced “kudder,” but probably that’s a put-on (there are even YouTube vids by condescending Qataris claiming that Westerners lack the verbal skill to speak the name properly).

For some odd reason, foreigners are reluctant to visit a nation where the people are so dickish. So “Kudder” lobbied hard for the privilege of hosting the 2022 World Cup, because then people would have to visit.

Qatar is like software so despised it has to sneak in as an add-on for a popular download. Qatar is Ask Toolbar, if Ask Toolbar hated women and gays.

After promising every FIFA leader an endless supply of human-trafficked sex slaves, Qatar won the prestigious role of first Middle Eastern nation to host the Cup. And now the world is finding out why it’s a first. 118°F temps don’t go well with outdoor sports (Qatari weathermen gauge the temperature on a Toht from Raiders of the Lost Ark face-melting scale).

“Some scientists have gone so far as to construct a ‘dog farting suit’ that neutralizes canine emissions (now if only they could build one for Michael Moore).”

In Qatar homosexuality is illegal (as are uncovered female heads). So how are the enlightened nations of the West dealing with that? Well, the U.S. team changed its American flag insignia to a rainbow!

That’ll show ’em! “Hah, we debased our own flag so it resembles something Rip Taylor would wear during Pride Week! Who looks like the idiot now?”

Even before the games began, kooky Kudders were already roughing up foreigners. So for the athletes who manage to survive the heat and the hate, this might end up being the one sporting event where a participation trophy actually means something.

HOCUS BOKUS
Of course, bad as Qatar is, if you have AC and if you hate promiscuity in women but adore it in sheep, it’s livable. The same can’t be said for Nigeria. Nigeria practically defines unlivable. Indeed, it’s not so much a nation as a giant petri dish; the place is awash in so many deadly diseases, Nigerian coroners don’t fill out reports for cadavers but bingo cards.

Coroner No. 1: “No, the dead guy’s name is Bingo. My card had meningitis, AIDS, monkeypox, dengue, and Zika.”

And to plagues, add poverty. Nigeria doesn’t even have enough of an economy to be in shambles. Something has to exist before it can be shambolic. All Nigeria has is a bunch of guys running internet scams on American boomers, and for most Nigerians that doesn’t produce enough income to keep a roof over their head.

Add the fact that Islamic terrorist group Boko Harem murders thousands of Nigerians a year for handling the Koran with unclean hands (because in a nation where everyone lives in their own dung, clean hands don’t exist), and frankly, when a Nigerian child dies, it’s rarely a mystery.

Disease? Starvation? Roof collapse? Terrorist attack? Hell, the amazing thing about Nigeria is that so many children don’t die.

So last week, when the children of Boko leader Ali Guyile croaked, surely the terrorist chief understood that the deaths could’ve been caused by any number of factors.

Nope, he blamed witchcraft. And he had his men round up forty local women and execute them.

When asked by reporters if that was a bit rash, Guyile replied, “Listen, Jack, those witches were doin’ malarkey. C’mon, man, there was this one witch, Coven Pop, who was a bad voodude.”

Guyile was then appointed Boston Medical’s chief of surgery. A statement from the hospital read, “Look, we already believe you can magically turn men into women. Is this any worse?”

GASSIE COME HOME
Before YouTube, if you wanted to watch a dog fart itself awake, you had to buy a dog, keep a watchful eye as it slept, and hope you got lucky.

These days, videos of dogs farting themselves awake (and farting at cats, and farting at anything) are at our fingertips 24/7. But it turns out those videos, formerly thought to be funny, aren’t funny at all. Those flatulent hounds are killing us with their poots. The entire planet is going up in a puff like, well, like a dog fart.

Scientists who are either bored or possessed of a very bizarre fetish have been studying dog farts. Why? Because scientists are tasked with addressing an existential crisis of unthinkable magnitude. No, not “climate change.” Grant money! There’s just not enough to go around, and the scientist who’s not making headlines every month with some new climate scheme might not get his fill.

So these NGO welfare queens have announced that dogs are gassing up the planet somethin’ awful via the food they eat, comprised of meat and vegetables. This diet causes the emission of “greenhouse gasses” during production and “farty gasses” after digestion.

A recent CNN piece details how scientists are trying to develop “lab-grown” synthetic food for Rover and Spot, and considering the fact that dogs will eat dookie, it’s probably not the most difficult task to find unappetizing things for them to consume.

Some scientists have gone so far as to construct a “dog farting suit” that neutralizes canine emissions (now if only they could build one for Michael Moore).

And if you think dogs in stink-suits is a bridge too fart, CNN reports that climate experts are also lobbying to eliminate meat-based cat food. And since cats are obligate carnivores, that would basically mean starving to death every domestic cat in the world.

Again, something that should be tried first with Michael Moore.

THE DRAPE OF YOU-ROPE-AH
Blacks vs. string: The struggle continues.

Two additional fronts opened last week in the ongoing war between rappers and rope, cornrows and cordage, Antwon and twine.

In Raleigh, a “noose” was found draped over a tree outside an apartment complex, causing the residents to cower in fear like Bubba Wallace when he looks at his shoelaces.

One resident told WRAL, “It was very uncomfortable to see, especially in this day in age.”

As opposed to the “day in age” when the Klan actually was lynching blacks. Nooses were apparently less scary then.

Turns out the frayed knot was just a dog leash. Why it was draped over a tree is unknown, but the most likely scenario is that Snoopy finally got tired of Franklin’s crap and decided to send him a message.

At the same time, construction of the Barack Obama Presidential Center in Chicago was halted after a noose was found on site. Work was suspended and all construction employees were ordered to attend “anti-bias training,” because it’s not like there’s any recent history of Chicago noose stories turning out to be fake.

The Obama Center will feature a host of interactive exhibits, including a Jenga game room where the tallest towers get knocked down by an animatronic Obama who yells “you didn’t build that,” a Fast & Furious simulator where you arm cartel members who gun down Juarez cops (highest score gets sealed by executive order), and the “Trayvon mirror,” where visitors win prizes if their reflection looks like if Obama had a son.

The center is slated to open in 2025 or later, depending on how many Mexicans can be flown in to do the drywall.